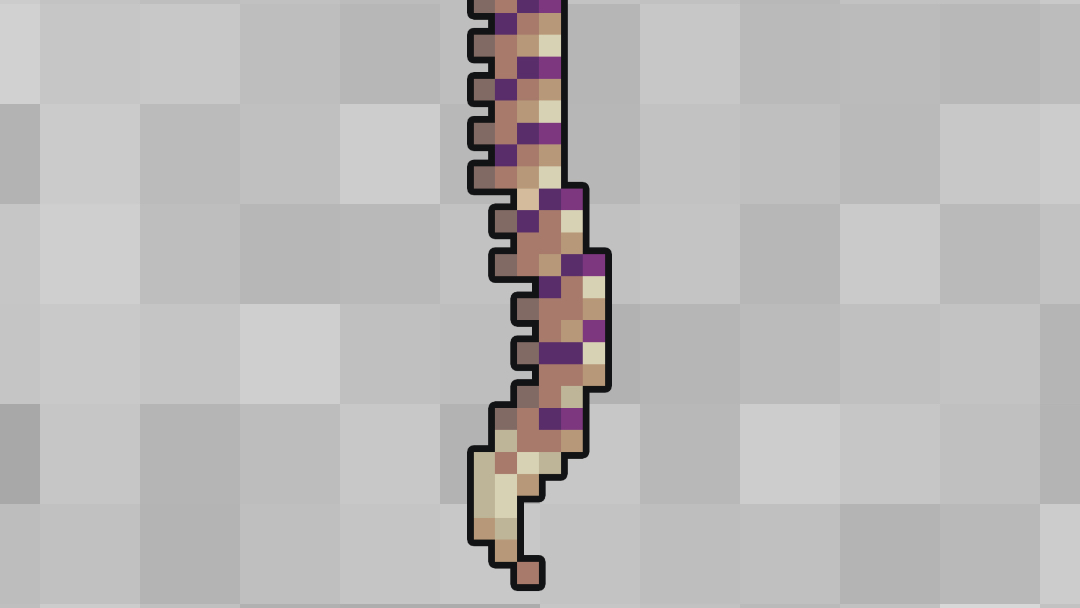 Atypical Vertebrae of the Vertebral Column

In a previous article, we discussed the basic osteology of the vertebral column. In this article, we look at specific identifying features of each vertebral region and why some of these are called atypical vertebrae.

As discussed in the Geeky Medics guide to the vertebral column, the cervical vertebrae have several defining characteristics, including a bifid spinous process, transverse foramina, and a small vertebral body.

Also known as the atlas, C1 is the most superior cervical vertebrae and connects to the occipital condyles to form the atlanto-occipital joint, a synovial hinge joint.

C1 has very distinct anterior and posterior tubercles for the attachment of ligaments.

C1 has a small groove called the facet for the odontoid process (dens) of C2.

An extra feature of C1 is the groove for the vertebral artery, which courses through the transverse foramina, travelling posteriorly along the posterior arch of C1 before entering the skull through the foramen magnum.

Also known as the axis, as it allows rotation of the head.

Thus, in place of a vertebral body, the axis also contains two lateral masses along with a vertical finger-like projection known as the odontoid process or dens.

The dens is held in place by the transverse ligament of the dens, which allows the atlas and skull to rotate about the dens.

The other features of the axis are remarkably similar to typical cervical vertebrae.

Also known as the vertebral prominens (prominent vertebra), C7 is the most inferiorly located cervical vertebrae.

The defining feature of C7 is its striking similarity to thoracic vertebrae.

Upon neck flexion, the spinous process of C7 can be located and palpated with ease.

The superior-most thoracic vertebra contains a complete facet for the first rib and a demi-facet for the second rib.

The other distinguishable feature of T1 is that it has a straighter spinous process that more closely resembles C7 than other thoracic vertebrae.

T9 has no inferior demi-facet, meaning it only connects to the ninth rib, and not the tenth rib as well.

Often, but not always, shares features with T11 and T12 such as having a single costal facet for articulation with the tenth rib.

Contain a single costal facet that articulates with the 11th and 12th ribs (T11 and T12 respectively). There is no transverse costal facet for stabilisation of the eleventh rib.

It can be noted that T11 and T12 begin transitioning to shorter, more posteriorly-oriented spinous processes similar to the lumbar vertebrae.

The only atypical vertebra of the lumbar region is L5.

L5 has the largest vertebral body and transverse processes. L5 also has the most inferiorly located discovertebral unit in the human vertebral column.

The anterior aspect of the vertebral body is higher than the posterior aspect, contributing to the slightly wedge-shaped appearance it has. This also contributes to the lumbosacral angle.

Usually, the sacral and coccygeal vertebral regions are not considered atypical as their structure is relatively well preserved between the different regions of these fused bones.