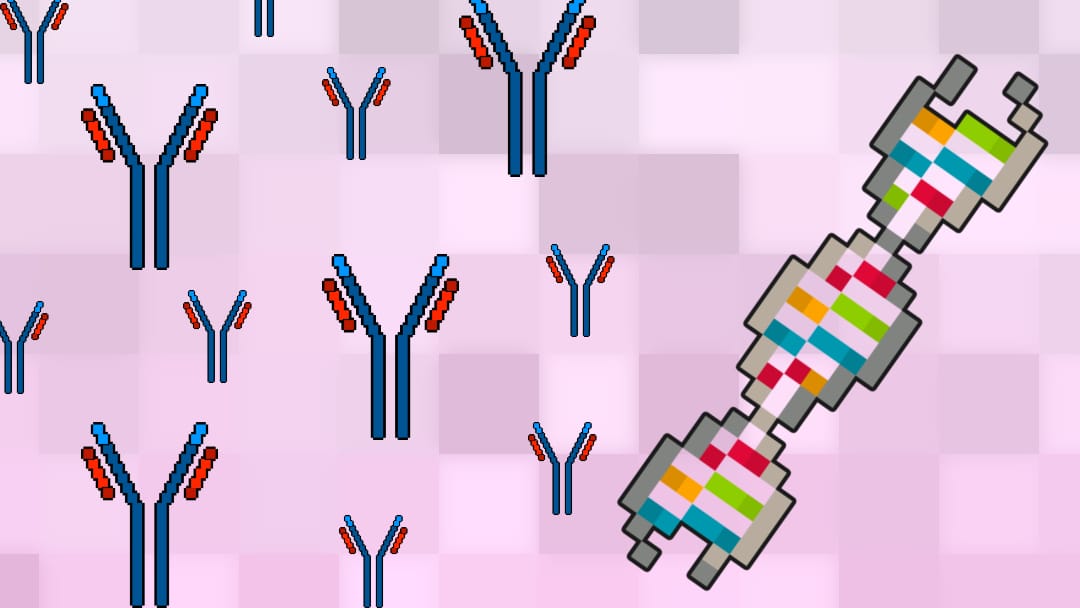 B Cell and Immunoglobulin Immunodeficiencies

B cell and immunoglobulin immunodeficiencies occur due to inherited defects in either B cells or in antibody production.

The prevalence of primary immunodeficiency syndromes is between 1:500 and 1:500000 persons in the general population of the Western world, and B cell immunodeficiencies account for half of these cases.1 In general, these syndromes are characterised by recurrent infections.

This article will discuss the unique features and management of the different classes of B cells and immunoglobulin immunodeficiencies.

X-linked agammaglobulinaemia (or Bruton agammaglobulinaemia) is inherited most often in an x-linked recessive pattern. It can be distinguished from other B-cell immunodeficiency disorders by a lack of mature B cells in circulation.

Mutations in the Bruton tyrosine kinase gene on the X chromosome are responsible for causing the disorder. This gene is crucial in B cell development, and mutations in the gene result in a lack of mature B cells in circulation and a lack of antibody production.2,3

Most cases present in infancy after maternal IgG begins to disappear and recurrent infections develop in the first few years of life. These infections are most often caused by staphylococcus, streptococcus, Haemophilus, and Giardia and can include ear infections, respiratory tract infections, sinus infections, and diarrhoea3.

A notable feature on examination of patients with x-linked agammaglobulinaemia is smaller than normal secondary lymphoid organs (e.g. tonsils and lymph nodes) resulting from a lack of B cell development.2

X-linked agammaglobulinaemia is characterised by a lack of B cells in circulation, leading in turn to a reduction in the number of immunoglobulins of every class in circulation.2,3

Patients with X-linked agammaglobulinaemia require lifelong intravenous immunoglobulin replacement. This is successful in preventing infection in most cases. Live-attenuated vaccines must be avoided in these patients because of the risk of infection.3

Common variable immunodeficiency (CVID) results from a defect in B cell activity. While the number of B cells is preserved, antibody production is impaired, and there are low levels of immunoglobulins in the blood. Unlike other B cell immunodeficiencies, CVID often presents in early adulthood rather than in childhood.4

CVID results from impaired immunoglobulin production by plasma cells. The exact is unknown, however, in 10% of cases a genetic basis has been established, and several genes involved in B cell development and class switching are theorised to be affected.4

CVID presents in early adulthood with recurrent infections. These are most often sinusitis, respiratory tract infections, gastrointestinal infections causing diarrhoea, and infections caused by opportunistic organisms. CVID is also associated with an increased incidence of autoimmune disease and malignancy.5

In CVID, a normal B cell and plasma count is observed. However, a reduced level of all immunoglobulin classes is seen.5

CVID patients require a multidisciplinary approach to manage both the infectious complications as well as the autoimmune and malignant complications of the disease. They will require intravenous IgG infusions and must avoid live attenuated vaccines for risk of infection.5

Hyper-IgM syndrome occurs because of a defect in B cell class switching. Normally, the interaction between activated T-cells and B cells will stimulate B cells to proliferate and switch from producing IgM to producing other immunoglobulins including IgG and IgA antibodies.

Deficiencies in such factors as CD40, CD40L, activation-induced cytidine deaminase and uracil-DNA glycosylase can all cause hyper IgM syndrome. Inheritance patterns of mutations in these genes is x-linked for CD40L, and mostly autosomal recessive for the rest.4

Opportunistic infections within the first two years of life (e.g. cryptococcus, toxoplasmosis, JC virus, pneumocystis, Histoplasma) are common in hyper-IgM syndrome. In particular, cryptosporidium infection and its associated complications in the biliary system are often seen.4,6

Other notable features common in patients with hyper IgM syndrome are liver disease resulting from cytomegalovirus and hepatitis, mucosal diseases, and a higher incidence of malignancies.4

Many patients with hyper-IgM syndrome will die in childhood or will develop malignancy and chronic complications in adulthood.6

The typical laboratory findings in hyper-IgM syndrome include increased blood levels of IgM, a normal amount of B cells, and reduced IgG, IgA, and IgE molecules.

Flow cytometry can be performed to identify the lack of cell surface markers that may cause hyper IgM syndrome (e.g. lack of CD40L on T cells).6

Patients with hyper-IgM syndrome should receive IVIG replacement, trimethoprim/sulfamethoxazole antibiotics to prevent Pneumocystis jirovecii infection, and should take precautions to avoid exposure to cryptosporidium. The definitive treatment is a hematopoietic stem cell transplant.6

The exact cause of IgA deficiency is under investigation. It is thought that an inability of B cells to differentiate into IgA-producing plasma cells may cause the disease.4

Two-thirds of affected patients will be asymptomatic.

Rarely, IgA deficiency may cause anaphylactic reactions to blood transfusions from blood that contains IgA molecules.7

For a diagnosis of IgA deficiency, serum IgA levels must be less than 7 mg/dL. Importantly, levels of other immunoglobulins, as well as B and T cell counts, should be normal.4

Treatment should be aimed at the specific complications of the disease (i.e. the specific infections and associated autoimmune conditions). Patients with significant recurrent upper respiratory tract infections may benefit from a 6-month course of prophylactic antibiotics. At present no suitable IgA replacement therapy exists.

The disease can range from mild to severe, and outcomes are difficult to predict.7

Normally, a physiological nadir in immunoglobulins occurs between 3 and 6 months of age when the maternal antibodies begin to disappear, and an infant begins producing their own antibodies.

Transient hypogammaglobulinaemia of infancy occurs when infants are found to have reduced levels of immunoglobulins (mainly IgG) than what would be expected for an infant at greater than 6 months of age.

The cause is unknown. However, several proposed mechanisms include suppressive maternal antibodies persisting in the infant circulation, abnormal B cells or T-cells failing to stimulate antibody production, and abnormal cytokine production.8

By definition, transient hypogammaglobulinaemia of infancy requires IgG levels less than 2 standard deviations below the mean in the population. This typically equated to less than 400 mg/dL. IgM and IgA levels may also be reduced.8

Imaging may show signs of infection in the respiratory tract, sinuses, or other organ systems depending on the specific presentation.

A normal response to vaccines can be expected in children with transient hypogammaglobulinaemia of infancy.

Patients can usually be monitored with IgG levels taken every 4 to 6 months. Reducing infective exposures and postponing live attenuated vaccines until IgG levels normalise is usually enough to safely manage the condition.

In rare cases where children are failing to thrive due to recurrent infections, intravenous immunoglobulins may be administered. Most children will attain normal IgG levels by five years of age.8