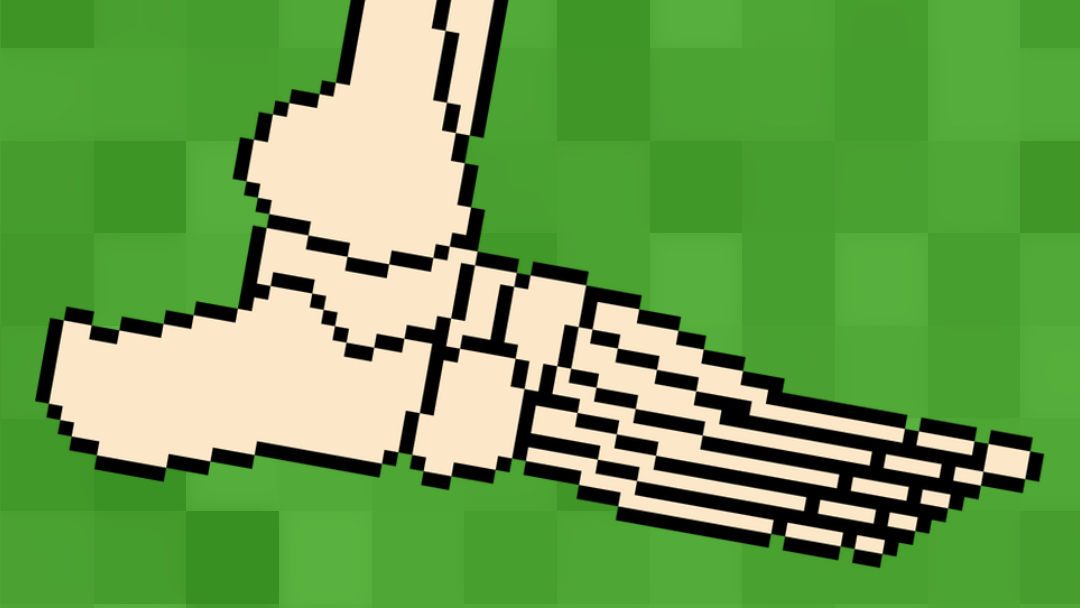 Bones of the Foot

The skeleton of the foot consists of 26 bones and these can be grouped into three groups:

Anatomically the foot can be divided into the forefoot (metatarsals and phalanges), the midfoot (cuboid, navicular and cuneiforms) and the hindfoot (calcaneus and talus).

Injuries to the bones of the foot commonly occur in athletes and active individuals. Most injuries are the consequence of acute trauma during sports.

Adolescents are most vulnerable to these injuries due to the incompletion of endochondral ossification and the existence of their cartilaginous epiphyseal plates. As such, it is important to have a basic anatomical knowledge regarding the bones of the foot, including their articulations and sites of attachment.

The tarsus consists of 7 bones which make the posterior aspect of the foot: talus, calcaneus, cuboid, navicular and three cuneiforms.

The tarsal bones can be divided into the hindfoot (talus and calcaneus) and midfoot (cuboid and cuneiforms). The navicular is the intermediate bone between these two groups.

Talus (Latin for ankle) talus is the most superior bone of the tarsus and rests on top of the calcaneus. Three areas of articulation form the ankle joint:

The talus has a body, head and neck. The superior surface, known as the trochlea, has the two malleoli attached which help with the stability of the joint. The trochlea is wider anteriorly, leading to a difference in stability depending on joint position. Dorsiflexion of the joint stretches the ligaments resulting in joint stability. Plantarflexion narrows the trochlea width resulting in decreased stability.

A hard fall on the heel (e.g. falling from a ladder) may result in a calcaneal fracture. Diagnosis is based on symptoms (pain, bruising, difficulty walking) and then can be confirmed by X-ray or CT. 3

The cuboid bone posteriorly articulates with the end of the calcaneus. It is the most lateral bone in distal row of tarsal bones. Anterior to the cuboid tuberosity, on the lateral and inferior surfaces of the bone is a groove which provides passage for a muscle tendon.

The cuneiform bones are wedge-shaped. They are named medial, intermediate and lateral based on their relative position. Each cuneiform has a narrow inferior surface and a broad superior surface resulting in the transverse curvature of the foot. Each cuneiform articulates with the navicular posteriorly and their respective metatarsal anteriorly.

The anterior portion of the foot is formed by the 5 metatarsal bones which are numbered 1-5 starting from the medial aspect of the foot. The first metatarsal is shorter and thicker than the others.

Fractures of the metatarsals typically occur when a heavy object falls on the foot. These fractures are common in football players either as a result of direct trauma or as stress fractures (“march fractures”).

Like the metatarsals, each phalanx has a base (proximally), a shaft, and a head (distally). Like the 1st metatarsal, the first phalanges of the first digit are short and broad.