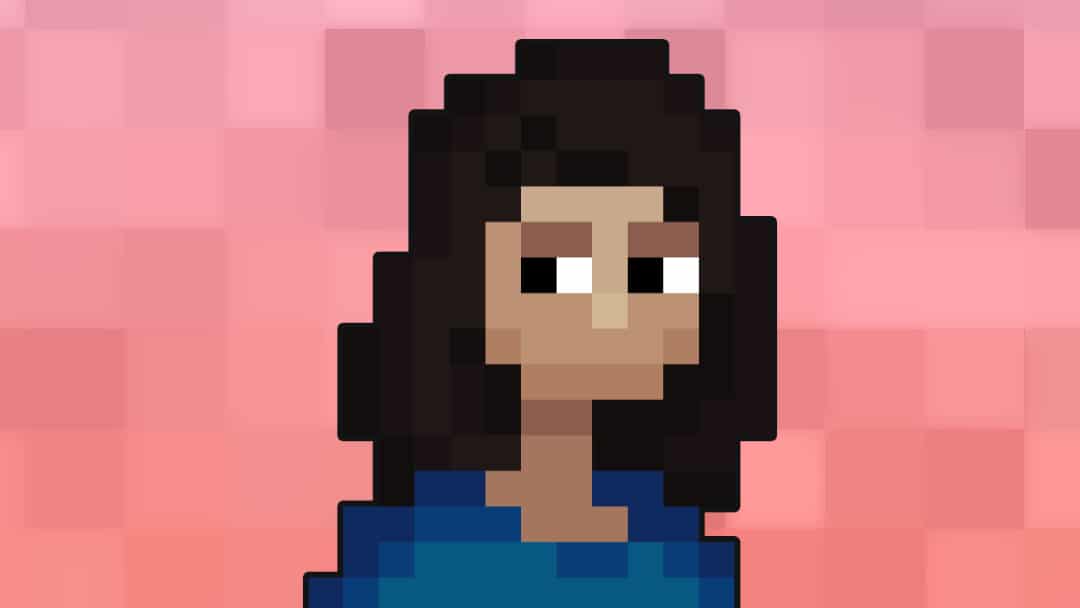 Every year in the UK around 50,000 new cases of breast cancer are diagnosed.3

Patients can present with a range of symptoms, but most often they will present with a painless breast lump. However, many breast cancers are initially detected by routine screening in asymptomatic patients. It can affect both males and females but is much less common in men.

Each year a full-time GP will likely diagnose 1-2 cases of breast cancer. It is an important diagnosis to make as early detection and intervention dramatically improves prognosis.3

Breast cancer occurs due to damaged DNA and genetic mutations. Exposure to oestrogen also has an effect on these mutations and hence it is more common in women.

There are some important genetic mutations to be aware of. BRCA1 and BRCA2 are anti-oncogenes that both code for tumour suppressor proteins which reduce the risk of breast cancer when functioning normally. Mutations in either of these genes, therefore, increases the risk of breast cancer as well as an increased risk of ovarian cancer.4,5 These mutations are often inherited in an autosomal dominant fashion and families may require genetic counselling as a result.5

Human epidermal growth factor receptor 2 (HER2 receptor) is a transmembrane glycoprotein that plays a key role in cell survival, proliferation and differentiation and thus is an important oncogene in breast cancer when it is overexpressed.6

The aetiology of breast cancer is multifactorial with many modifiable and non-modifiable risk factors (see below). But first, some basic breast anatomy to help us understand where these cancers arise from.

The female breast is found anterior to the pectoralis muscles and is composed of a network of lobules and ducts (see Figure 1). Lobules are the secretory units of the breast that are made up of many epithelial acini cells. These secrete milk into a series of ducts which eventually form the lactiferous ducts that empty onto the surface of the nipple. Adipose tissue and fibrous connective tissue support the lobes and lobules.

The lymphatics of the breast run in the sub-mammary space. There are different pathways that the lymphatics can drain through and there are between 20 to 40 lymph nodes. These can be grouped anatomically and can also be divided into surgical levels.7 For more information on how the axillary lymph nodes are grouped, please refer to the Geeky Medics guide to breast examination. Most importantly, surgeons must be able to locate the lymph nodes so that it can be determined if the cancer has metastasised to the local lymphatic system.

Breast cancer is typically divided into two classifications: non-invasive and invasive. There are also rarer forms of breast cancer to be aware of.

These tumour cells have not invaded the basement membrane and can be referred to as premalignant or pre-cancerous. They may progress to an invasive form of breast cancer.9

They can arise from:

These tumour cells have invaded the basement membrane:

There are two rare types of breast cancer that are important to know about, as they can easily be mistaken for other benign conditions:

Other rare types of breast cancer – described as ‘special type’ as they have features under the microscope which allow us to classify them more specifically – include the following: mucinous; medullary; papillary; tubular; phyllodes; metaplastic; basal-like and primary breast lymphoma.

There are many risk factors associated with developing breast cancer, most of which increase the risk of most types of cancer.4,13,14 Increased exposure to oestrogen is one of the more important and specific risk factors for breast cancer.

Increased exposure to oestrogen may be due to a range of factors including:

Other risk factors for breast cancer include:

Breastfeeding is a protective factor against breast cancer.

Most patients present with a painless lump in the breast or axilla. The patient may have noticed nipple discharge.

Bilateral clear or milky nipple discharge is usually benign and is not associated with breast cancer, although further investigation is required to rule out other causes.

If the nipple discharge is unilateral or bloody this is abnormal and needs investigating for breast cancer.17

If patients present late, they may have more systemic symptoms suggesting the disease has metastasised. These include weight loss, anorexia, bone pain, jaundice, fatigue and breathlessness.

Many women present with breast pain, but it is very rarely a symptom of breast cancer.

It is always important to perform a thorough examination of both breasts and axillary lymph nodes when the patient presents with a breast lump or features suspicious of breast cancer. See the Geeky Medics guide to breast examination for more details. The main features that may be found on examination are a lump, nipple changes and/or skin changes.

There is a wide range of potential differential diagnoses associated with a breast lump, which is illustrated in the table below.

Most patients will present to their GP with a breast lump, nipple or skin changes and will be referred urgently under the two-week wait (2WW) scheme for suspected cancer.

Once referred, the patient will be seen in a secondary care breast clinic for a triple assessment. This is a ‘one-stop’ clinic where all three parts of the assessment occur on the same day. This is so all the information can be gathered to be discussed at a multidisciplinary team meeting if needed.

The triple assessment consists of:

Ultrasound imaging is typically used for younger women, usually under the age of 40 to investigate a breast lump. This is because younger women tend to have denser breast tissue, this makes mammography less sensitive for detecting breast cancers, so ultrasound is used instead.21

Mammograms are usually taken in two views (mediolateral oblique and craniocaudal) to image as much of the breast tissue as possible. This also allows the radiologist to see structures that would be superimposed in one view from another angle so they are less likely to miss smaller sinister masses.

Core biopsy uses a wider needle often performed under ultrasound guidance. It takes a core of tissue, which provides much more information about the cancer and its involvement with surrounding tissues leading to a higher diagnostic yield compared to FNA.

There is a breast cancer screening program in the UK for women aged 50 to 70 in which a two-view mammogram is performed every 3 years.

The TNM (tumour, node, metastasis) staging system is used to work out the stage of a breast cancer when all the information is collected. You can read more about the TNM staging system here.

Laboratory investigations also reveal the hormone receptor status of breast cancer. They look at whether the cancer is positive for progesterone receptors (PR+) and oestrogen receptors (ER+). These receptors have proliferative effects on the cells and are driven by their respective hormones. Thus, by knowing the receptor status of the cancer we can use targeted treatments that act on these receptors (see below in the medical management section of the article). Some patients are diagnosed with triple-negative breast cancer, which means they are negative for oestrogen, progesterone and HER2 receptors. This, unfortunately, limits treatment options and often has a poor prognosis.23

There are both medical and surgical approaches to treating breast cancer, the exact combination of these depends on the stage of the cancer, its size, the age of the patient and the molecular signature of the cancer.

Sometimes medical treatment alone is preferred for older patients in whom surgery is not appropriate, but it is often used in conjunction with surgical approaches.

For cancers that express HER2, a drug called trastuzumab (also called Herceptin) is used, which is a monoclonal antibody that targets HER2.

Oncotype DX breast recurrence score assay: the patient’s breast cancer cells are sent for genetic testing, where a 21 gene panel is used to analyse the cells and produces a score between 0 and 100. The higher the score the more likely the cancer will recur. So, it is used to decide if adjuvant chemotherapy is warranted, helping to avoid patients from being subject to chemotherapy that they may not benefit from.24

Gonadotropin-releasing hormone agonists like goserelin can be used in premenopausal women to help protect their ovaries from premature ovarian failure which is a potential side effect of the chemotherapy.25

Radiotherapy is recommended to most patients with invasive cancer after wide local excision. It is also used to treat bone lesions from metastatic breast cancer.

Wide local excision removes the breast cancer with a margin of healthy tissue around the cancer. This approach is used if the cancer is small. This surgical option is favoured as it conserves the breast.

Mastectomy involves removing the entire breast and skin overlying it. This approach is used for larger breast cancers or multifocal cancers where a wide local excision would not be successful.

The approach used also depends on the size of the breasts. A small cancer but small breasts may require a mastectomy to safely remove the cancer, so it is patient dependant.

Axillary node sampling is performed intraoperatively with the aim of ruling out lymphatic involvement. The lymph nodes are located by injecting radioactive technetium into the nipple on the affected side before theatre. That technetium travels up the lymphatic vessels to the first lymph node also known as the sentinel lymph node. During theatre when the patient is anaesthetised, blue dye is injected around the nipple. This again travels along the lymphatic vessels to the sentinel lymph node. The sentinel lymph node is thus detected in two ways, the radioactive technetium using a Geiger counter, and visually with blue dye. The sentinel node is removed and sent to the lab for analysis. If it shows evidence of metastasis then surgical clearance of the axillary nodes is performed. Some hospitals have the ability to send the sentinel node to the lab during the operation so the patient can have axillary node clearance at the same time, thus avoiding a second operation.

Breast reconstruction is an important part of the treatment and is discussed with the patient. It can be performed later or at the same time as the cancer removal.

The most important complication of breast cancer is metastases, which can occur via three mechanisms:

There are also important complications that can arise from the surgery. Notably, if the patient requires axillary node clearance due to lymphatic spread of the cancer there is a risk of damage to the brachial plexus and due to removal of the lymphatics, there is a risk of developing lymphoedema in the arm of the operated side.