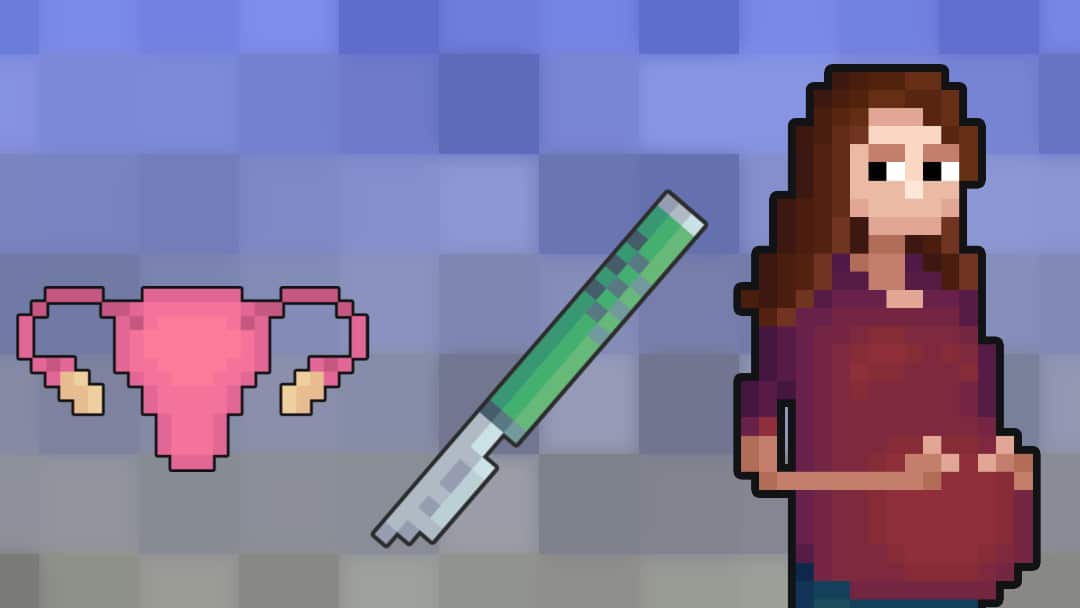 A caesarean section is the delivery of a baby through a surgical incision in the abdominal and uterine wall(s).

Over the past couple of decades, the rates of caesarean sections have increased significantly in western countries. In the United Kingdom, 25-30% of births were delivered by caesarean section in 2015. In women who have had at least one previous caesarean section, the rate of deliveries by this method increases to 67%.1

In this article, we will discuss the classification and indications for caesarean sections, plus provide an overview of the procedure and associated complications.

Caesarean sections can be classified into elective or emergency:1

Indications for a category 1 (crash) caesarean section include:

Indications for a category 2 (urgent) caesarean section include:

Indications for a category 3 (scheduled) caesarean section include:

Indications for a category 4 (elective) caesarean section include:

Elective caesarean sections are normally planned around 39 weeks gestation. This is to reduce the risk of the neonate developing respiratory distress in neonates born at earlier gestations, known as transient tachypnoea of the newborn.

Before a caesarean section, there are several steps and investigations that should be performed to reduce morbidity associated with the procedure:

An indwelling urinary catheter should be inserted for the duration of the procedure to prevent over-distension. This reduces the risk of damage to the bladder during the surgery. The catheter can be removed once the woman is mobile after regional anaesthesia, but no sooner than 12 hours after the last “top-up” dose of anaesthetic.

General anaesthesia for an emergency caesarean section should include pre-oxygenation, cricoid pressure and rapid sequence induction to reduce the risk of aspiration of gastric contents.

All types of anaesthetic require a left lateral tilt of up to 15 degrees for uterine displacement to prevent maternal hypotension (e.g. via insertion of a wedge cushion).

There are two types of skin incisions for this type of caesarean section: the Pfannenstiel incision (Figure 2) and a Joel-Cohen incision.

NICE recommends a Joel-Cohen incision, defined as a straight horizontal incision above the symphysis pubis. Subsequent layers are opened bluntly. This allows for a shorter operating time and reduces the incidence of postoperative febrile illness.

The layers of the abdominal cavity opened and closed during a caesarean section include:

This procedure is rarely performed as it involves a vertical incision into the upper uterine segment.

A classical caesarean section may be indicated in the following cases:

The closure of a classical caesarean section is more complicated and takes longer to complete. Following dissection of the abdominal and uterine walls, and delivery of the fetus, five units of oxytocin are given to the woman to aid the delivery of the placenta by controlled cord traction. Once the uterine cavity has been emptied, the uterus is closed with two layers. The rectus sheath and skin are closed either with continuous or interrupted sutures or staples.

Complications of caesarean section can further be divided into intraoperative and postoperative complications.

The risk of haemorrhage is increased in women with a high BMI, placenta praevia or placental abruption or in cases of very high or low birthweight.

Postoperative complications can occur in up to one-third of women. These include:

Complications affecting future pregnancies may include:

Fetal/neonatal complications may include:

Vaginal birth after caesarean section is an appropriate option and may be offered to women who have a singleton pregnancy with a cephalic presentation at 37 weeks who had a single lower uterine segment caesarean section in the past, with or without previous vaginal deliveries.6

A planned VBAC is associated with a 0.05% risk of uterine rupture.

The success rate of planned VBAC is 72-75%, however, may be as high as 90% in women who have had a previous successful vaginal delivery, which is the greatest predictor of a successful VBAC.

Continuous fetal monitoring should be utilised during the delivery as a change in fetal heart rate can be an early sign of impending uterine scar rupture.

Women should be counselled that the risk of uterine rupture increases two to three-fold with the use of uterotonic agents or prostaglandins in induced or augmented labour.

Registrar in Obstetrics and Gynaecology