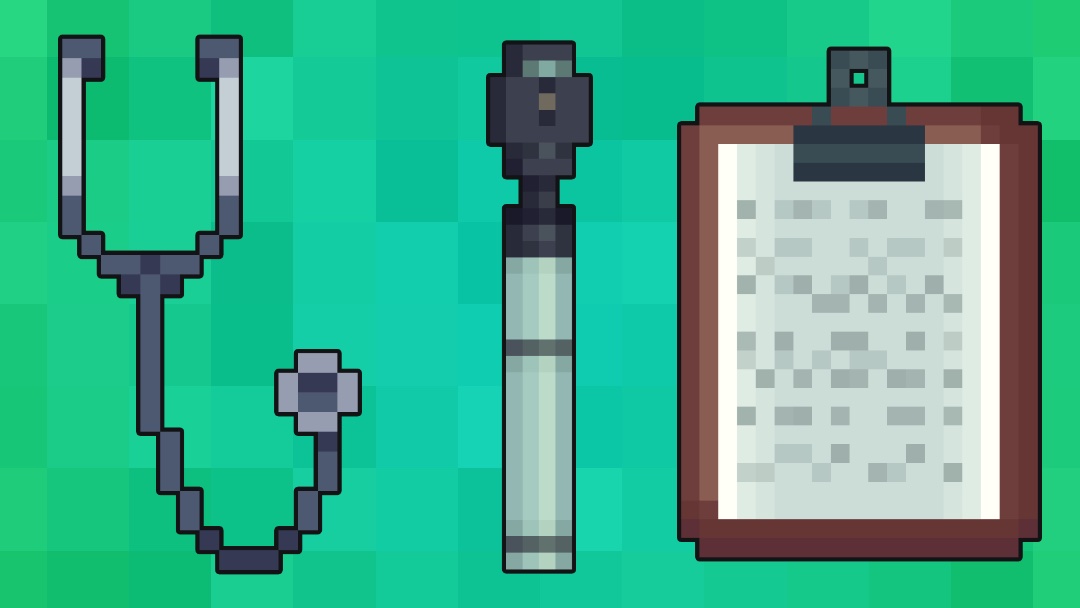 Completing a death certificate, formally called a Medical Certificate of Cause of Death (MCCD), is a common OSCE station and something you will need to be able to do as a junior doctor. This guide will cover what to do when a patient has died, and you are asked to complete a death certificate.

What to do when a patient has died

Assess the patient and confirm the death, clearly documenting this in the notes (see our guide).

Discuss the death with the consultant in charge of the patient’s care – this will help to clarify the cause to be written on the certificate.

Liaise with the bereavement office to organise an appropriate time to attend with the patient’s medical notes to complete the death certificate and other paperwork.

Perform a full external examination of the patient’s body in the mortuary to ensure no implantable devices are present.

We have included an example of a blank death certificate below. You can also download a PDF copy for OSCE practice.

Personal details of the deceased

You should record to the best of your knowledge the precise place of death (e.g. the name of the hospital, or a private address).

Last seen alive by me

Record the date you last saw the deceased alive.

Indicate if the cause of death takes into account information gained from a post-mortem.

Indicate who saw the deceased after death.

Part I – Cause of death

Consider the main causal sequence of conditions that lead to death.

Some deaths may have only one condition that lead directly to death, such as a subarachnoid haemorrhage. In these cases, it’s acceptable to complete only line 1a.

When stating the cause of death, be as specific as possible given the information you have. An example might be stating “Adenocarcinoma of the right main bronchus” rather than “Lung cancer”.

In some circumstances, there can be two separate conditions that led directly to death and in these cases, you should enter them both on the same line and then in brackets state that these are joint causes of death.

A few things that you CAN NOT write as a 1a:

Part II – Conditions that may have contributed to the death

Part II allows you to document other conditions that were not part of the main causal sequence of death but likely played a role in hastening the death. An example might be ischaemic heart disease in a patient who died of pneumonia.

It is NOT somewhere where you should list the patient’s entire past medical history.

The Royal College of Pathologists publishes a cause of death list listing acceptable conditions which may be included on the death certificate. It is important to remember this is not an exhaustive list. The cause of death list also provides guidance on when a death should be referred to the Coroner.

Other details at the bottom of the certificate

You should sign the death certificate and print your name in block capital letters beside it. Your GMC number should also be included beside or under your name.

The residence is typically the hospital’s address (not your own personal address).

If the patient died in hospital, document the consultant’s name on the little line at the bottom of the certificate (this is easily missed).

There is a counterfoil on the left-hand side which gets left in the death certificate book.

You need to document the patient’s name, the cause of death (Part 1) and conditions potentially contributing to death (Part 2).

You also need to document your personal details again.

1a should be the disease, illness or complication which led to death and not a mode of dying.

The back of the death certificate

There are two boxes on the back of the death certificate that you may need to complete in certain circumstances:

If you have referred a death to the coroner put your initials here. If you have discussed the case with the coroner and they have said no referral is required, then you DO NOT need to complete this box.

If you may be in a position to provide more information about the cause of death in the future then you need to initial this box. This is the case when there are pending investigations not yet back or performed (e.g. histology, microbiology culture results, genetic analysis, post-mortem information). A request for this information will be sent to the consultant responsible for the patient.

Reasons to refer to the Coroner

There are several situations in which a patient’s death should be referred to the Coroner including:

The Notification of Deaths Regulations (2019)

How to refer to the Coroner

Coroners are often lawyers and occasionally doctors, or dual-qualified. Talk to the bereavement team within the hospital for advice on how to contact the local Coroner’s office.

Mrs June Morbid was an 87-year-old lady, whom you last attended to yesterday on the ward round with the consultant (Dr Spot). She had advanced Parkinson’s disease and was admitted 4 days previously with aspiration pneumonia. Unfortunately, the pneumonia did not respond to antibiotic treatment and the decision to palliate was made by the consultant after discussion with the family. Mrs Morbid peacefully passed away last night with her family around her, and her death was verified by your colleague on the night shift. You have been asked to fill in the death certificate after your ward round.

Mr Clive Matchstick (86-years-old) was admitted to the ward a week ago from a local nursing home having vomited and whilst in hospital, he developed urinary incontinence and sepsis. He was treated for urosepsis, under the care of Dr Johnson, but unfortunately, he passed away. You confirmed his death this morning and you had also reviewed him last night before going home. He has a past history of ischaemic heart disease, type 2 diabetes mellitus, Charcot’s deformity of the left foot and amputation of the big toe on the right foot.

Mr Samuel Clock (75-years-old) had been an in-patient on the ward you are working on for 2 weeks. He was being treated for community-acquired pneumonia (CURB-65 score of 4). His condition had progressively worsened when you reviewed him with his consultant Dr Tyvand last night and the decision was made to switch to a palliative approach of management. He passed away this morning, with his wife by his side. You confirmed his death on the ward. He has a past medical history of ischemic heart disease, hypertension, mesothelioma, type 2 diabetes and benign prostate hypertrophy.

This is a trick question…

This is a situation where the medical practitioner should have a conversation with the Coroner prior to issuing any certificate of cause of death as a post-mortem will most likely be required. Mesothelioma is almost always attributed to asbestos exposure and therefore falls into the category of a disease that is related to an occupation which may have contributed to the death. The damage most often occurs 20 – 60 years after asbestos exposure. It would be very unlikely that you would issue a death certificate, but if the Coroner instructed that you could do so, it might look a bit like this.