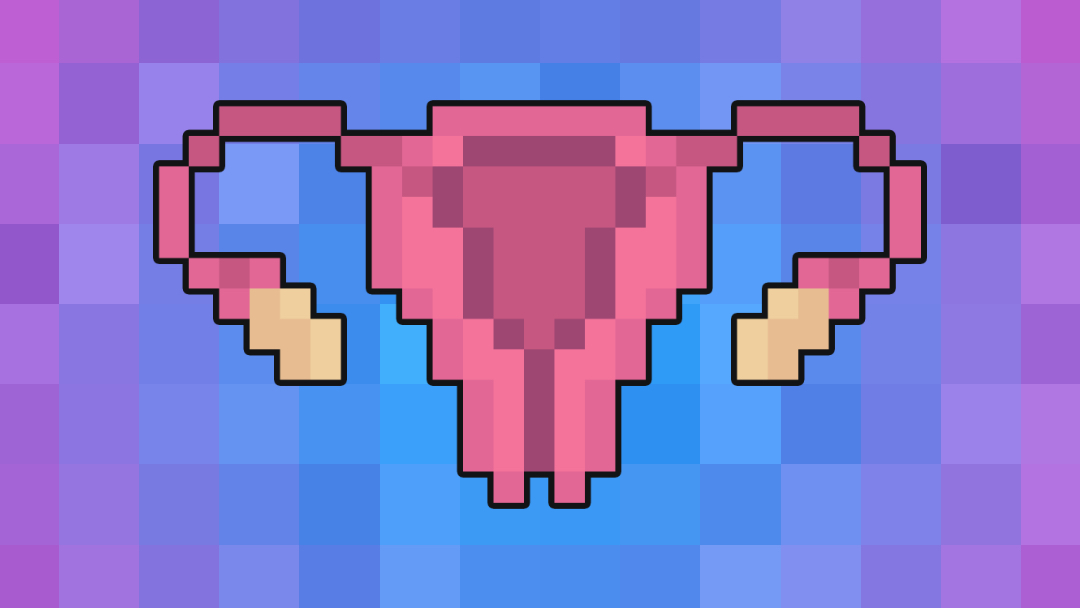 POST-COITAL BLEEDING IS DUE TO MALIGNANCY UNTIL PROVEN OTHERWISE

There are now two cancers that the human race has succeeded in producing effective vaccines against: hepatocellular carcinoma (caused by hepatitis B virus) and more recently cervical cancer (caused by HPV). Hooray! However, the parental controversy surrounding the HPV vaccine and its reduced efficacy in older, sexually active women already exposed to the virus mean that cervical cancer is something we can unfortunately still expect to encounter for many years to come.

Cervical cancer typically presents with post-coital and/or intermenstrual bleeding, so I’ve provided a differential diagnosis for both of these symptoms. I’ve also briefly discussed cervical screening and the HPV vaccine. It’s quite a lot of material but it’s all relevant stuff – I hope you find it helpful.

ANATOMY OF THE CERVIX

IF YOU SUSPECT CANCER, DON’T DO A SMEAR – SEND THE PATIENT FOR URGENT COLPOSCOPY

Diagnostic tests for women with suspected cancer include:

(Tumour markers are not really used in the diagnosis of cervical cancer – CEA, tumour M2-PK and SCC antigen may be raised, but they are associated with many types of cancer so are not very specific)

Staging investigations for women with biopsy-confirmed malignancy include:

I’ve had a trawl through Google for useful information about the grading of cervical cancers, but haven’t been able to find much detailed or specific information, which means that it probably isn’t that important compared to staging. Lots of people have tried to develop a special grading system, but none of them have been consistently shown to have a close correlation with prognosis, so most histopathologists will use a modified version of Broder’s grading system based on the degree of keratinisation, cellular atypia and mitotic activity of the cancer cells compared to normal cells: 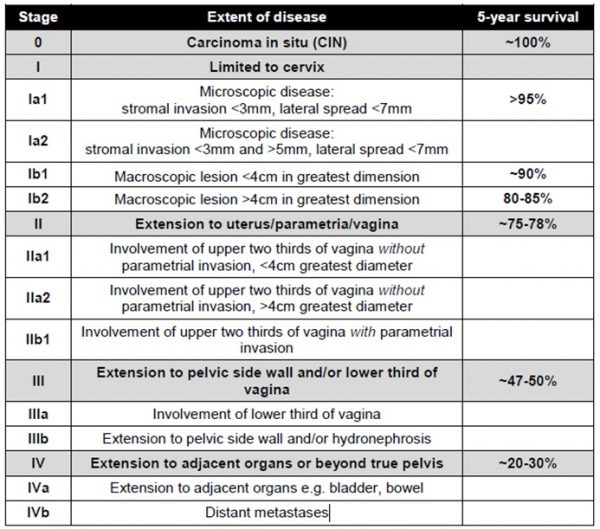 The TNM (tumour nodes metastasis) system can also be used, but generally, gynae-oncologists tend to prefer to use FIGO.

Surgical management depends on the stage of cancer:

This little video from Pedro A Perez-Ponce on YouTube is NOT for the faint-hearted – don’t let the jazzy Spanish music fool you. It shows a cone biopsy procedure performed colposcopically using a special diathermy probe. This can be used to treat CIN and early cervical cancer. As you can see, the cone of tissue removed is quite large and extends well into the endocervical canal. Women who have this procedure are at increased risk of cervical incompetence leading to miscarriage and premature labour.

Medical therapies may be indicated in more advanced disease:

There has been much public controversy since the introduction of the vaccine, fuelled by the media at large and predominantly by the frankly disgusting actions of the Daily Mail newspaper. Some parents feel that by vaccinating their children against a sexually transmitted infection they are encouraging them to become sexually active at a younger age – although I hardly see how they can justify cervical cancer as an appropriate punishment for this. The discussion of HPV vaccination with an anxious parent is ideal material for an OSCE or MOSLER communication station, so I would recommend being aware of the controversy and the details of the vaccination programme for your exams.