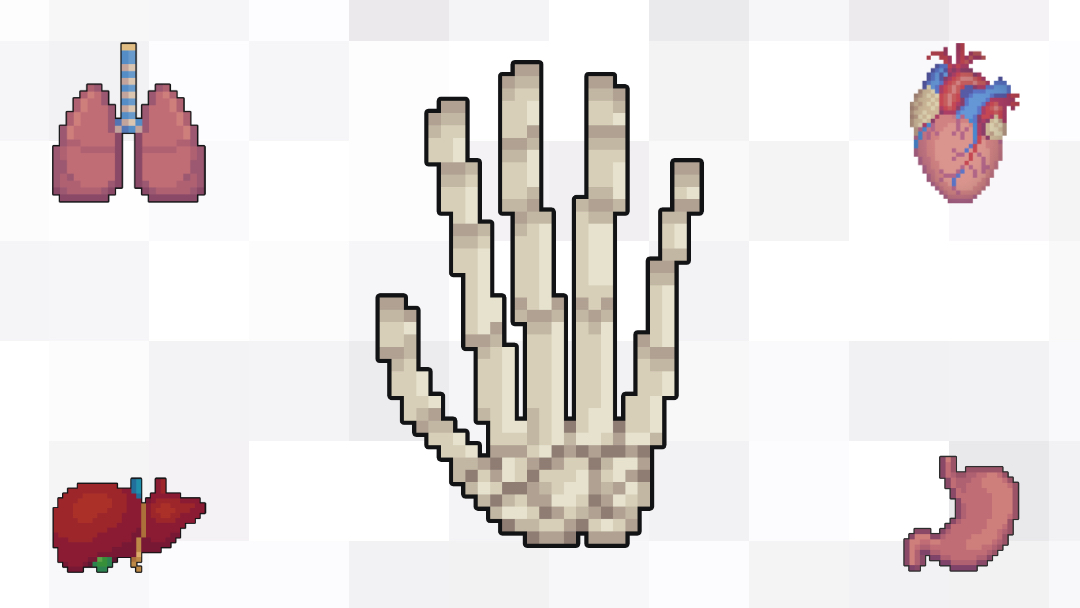 Clinical Signs of the Hands

This article provides a brief overview of signs that may be found on the hands during clinical examination.

Osler’s nodes are red-purple, slightly raised, tender lumps that often have a pale centre. These lesions are typically found on the fingers or toes and are associated with infective endocarditis.

Fingertip pallor refers to a white and waxy appearance that occurs as a result of vasoconstriction or vascular obstruction.

Finger clubbing involves uniform soft tissue swelling of the terminal phalanx of a digit with subsequent loss of the normal angle between the nail and the nail bed.

Finger clubbing is associated with several underlying disease processes including:

Asterixis (also known as ‘flapping tremor’) is a type of negative myoclonus characterised by irregular lapses of posture causing a flapping motion of the hands.

Causes of asterixis include:

Xanthomata are raised yellow cholesterol-rich deposits that are often noted on the palm, tendons of the wrist and elbow.

It is most commonly associated with psoriasis.

Dupuytren’s contracture is a benign and progressive disorder of the hand. It involves the development of cords within the palmar fascia leading to contracture and flexion deformity, often localised to the ring finger.

Although a specific cause has not been established, a number of risk factors have been identified:

Palmar erythema refers to redness involving the heel of the palm.