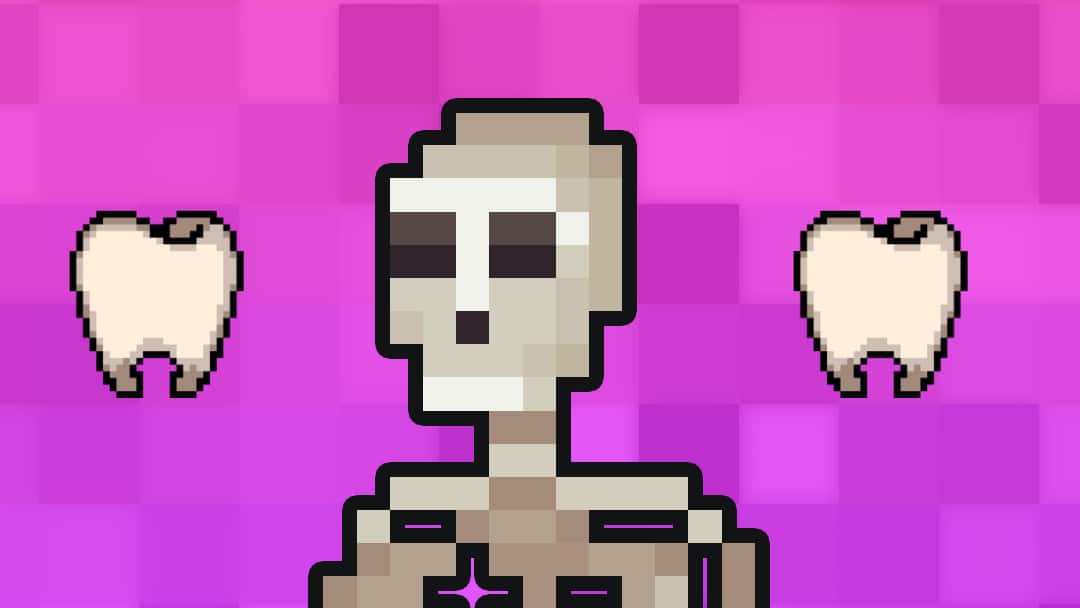 Cysts of the Jaw

A cyst is a pathological cavity lined by epithelium containing fluid or semi-fluid contents.

Cysts are common in the jaw bones as these bones contain epithelium left after tooth development.

Radicular cysts are the most common type of jaw cyst. They are always found in association with a non-vital tooth.

Radicular can be classified depending upon their location in relation to the tooth:

The cyst initially develops following the proliferation of Rests of Malassez. These are small epithelial remnants of Hertwig’s epithelial root sheath, an important feature in tooth root development. As these cells proliferate and grow a central cavity is formed from the autolyses of central cells. This central cavity contains tissue fluid and cellular debris which produces hydrostatic pressure leading to cyst enlargement.

Initially, when the radicular cyst is small it is unlikely to have any presenting features. There is likely to be a history of toothache from the causative tooth though this may precede cyst development by many years.

As the cyst grows there may be a noticeable swelling in the buccal sulcus adjacent to the causative tooth. This swelling is often described as having ‘eggshell’ like features meaning if it is pressed a cracking sensation may be felt. If the swelling is particularly large tooth displacement and/or mobility may be noticed.2

If the cyst becomes infected, it may become painful.

A radicular cyst typically presents as a unilocular, rounded radiolucency with a well-defined outline found most often around the apex of a tooth or along its side. If it is a large cyst bucco-lingual expansion may be noted. Root resorption is rare.2

Unless the cyst is small and the diagnosis is certain from clinical findings, in a hospital setting, cysts are commonly sent for histopathological analysis following their removal.

A radicular cyst wall contains fibrous connective tissue with markers of inflammation such as plasma cells. The wall also contains cholesterol clefts and hemosiderin (a breakdown product of blood cells). The central lumen is surrounded by a non-keratinised epithelium of varying thickness.1

There is some debate amongst the literature with regard to the success of endodontic treatment for radicular cysts. This is a particularly difficult area to study in humans where the definitive diagnosis of a radicular cyst can only be confirmed histologically. It is generally accepted however that should the patient be willing (and informed of the risks of further treatment) endodontic treatment is a good first course of treatment.3

Following extraction/endodontic treatment the cyst should be reviewed radiographically for signs of shrinkage. If the cyst persists, further surgical treatment such as enucleation may be required.

Dentigerous cysts are always found around the crown of an unerupted tooth, attaching to the cemento-enamel junction.

Whilst they are considered developmental, inflammation (e.g. from pericoronitis) may initiate them. Pressure on the tooth follicle from an impacted tooth leads to a reduction in venous drainage and fluid accumulation between the reduced enamel epithelium and the enamel of the tooth. The cyst then enlarges by internal pressure expanding the dental follicle.4

They are often asymptomatic and found incidentally on radiographs. Dentigerous cysts are most commonly found around the teeth which are more likely to become impacted (lower 8’s, upper 3’s). With continued growth bony expansion may be noted. As with all cysts, if they become infected, they may be painful.

Dentigerous cysts present as a well-defined, unilocular radiolucency found around the crown of an unerupted tooth. Tooth displacement is common and root resorption of adjacent teeth is known to occur. Figure 1 shows an example dentigerous cyst.

Following removal of a suspected dentigerous cyst, it is always sent for histopathological analysis. This is particularly important for cysts around the angle of the mandible where the differential diagnosis includes odontogenic keratocysts (which will be discussed next) and ameloblastoma.

A dentigerous cyst will have a thin, non-keratinised squamous cell epithelium that is continuous with the reduced enamel epithelium of the tooth.4

Management of dentigerous cysts usually involves extraction of the causative tooth and cyst enucleation. If a clinical need exists to preserve the tooth, marsupialisation can be attempted. If a cyst is large, around a lower 8, the patient must be warned about the possibility of iatrogenically fracturing the mandible during its removal.

Odontogenic keratocysts make up about 5-10% of jaw cysts and have distinctive clinical, radiographic and histological features.

Odontogenic keratocysts arise from the rests of Serres (a rest of odontogenic epithelium which remains after tooth formation). Many are linked to a mutation of the PTCH gene.

Odontogenic keratocysts are usually found in the mandible, often around the angle. Like other cysts, it is often asymptomatic until large or infected.

Swelling is possible, though less common with odontogenic keratocysts as the cyst will spread through the medullary cavity of the bone (ie in a proximal-distal direction) before expanding in a bucco-lingual direction. Therefore, patients with bucco-lingual swelling often have a large underlying cyst.

If the cyst contents are aspirated a white fluid is seen- indicative of keratin.

Odontogenic keratocysts present as a well-defined radiolucency. This is often multilocular though can also be unilocular. As previously mentioned, there is often evidence of growth along the medulla of the bone with little cortical expansion (Figure 2).

As previously discussed, all cysts presenting as a radiolucency around the angle of the mandible are sent for histopathological analysis.

An odontogenic keratocyst has distinctive histopathological features including:1

Enucleation of the odontogenic keratocyst is the mainstay of treatment.

However, unlike other cysts, if treated by this alone the odontogenic keratocyst will usually recur. This is due to the presence of Satellite cysts with the cyst wall which itself is thin and friable and likely to break during removal. To overcome this, surgeons will typically use an intra-operative fixative (such as Carnoys Solution) to degenerate the remaining tissue.

Its features can all be linked to an abnormal sonic hedgehog signalling pathway which includes mutation of PTCH genes. Thus, patients presenting with multiple odontogenic keratocysts should be tested for this condition.5

Lateral periodontal cysts are uncommon however there is a tendency amongst dental students to misdiagnose lateral radicular cysts as them. They are found as unilocular, round radiolucency’s on the lateral surface of tooth roots (typically a lower canine/premolar).

Lateral periodontal cysts can be distinguished from a radicular cyst as often the associated tooth is vital.

These cysts should be enucleated and sent to histopathology however if small, asymptomatic and the associated tooth is proven to be vital it can be left and closely monitored.4

A nasopalatine duct cyst is a non-odontogenic cyst, which is sometimes called an incisive canal cyst. These typically present in 30-60-year-olds.

Nasopalatine duct cysts typically present as a swelling in the anterior, midline palate. There may be associated pain/discharge or tooth mobility/displacement if particularly large. The anterior teeth are vital.

When nasopalatine duct cysts are small on radiographs it can sometimes be difficult to distinguish them from the normal appearance of a large incisive foramen.

When nasopalatine duct cysts are large, they present as a round, unilocular, corticated uniform radiolucency. They can appear heart-shaped either due to notching by the nasal septum or superimposition of the nasal spine.6

Histopathological findings of nasopalatine duct cysts can be very variable.

Typically, respiratory epithelium that is pseudo-stratified and ciliated is seen but it can also be stratified squamous, columnar or cuboidal. Specialised respiratory cells such as goblet cells are occasionally found. Neurovascular bundles are found in most nasopalatine cyst walls.1

As with other cysts, the mainstay of management of nasopalatine duct cysts is surgical enucleation.

Nasolabial cysts are also known as a nasoalveolar cyst. These are exceedingly rare development cysts with a limited number of reports. Due to this, there is a wide age distribution in the literature (from 12 to 75 years). 1

Due to the limited number of nasolabial cyst cases, precise aetiology is difficult to define. There is however consensus that the cyst seems to develop from epithelial remnants of the nasolacrimal duct/rod.1

Swelling is often the only clinical feature, typically of the lip and nasolabial fold. If particularly large there may be a degree of nasal obstruction.

A nasolabial cyst presents as a radiolucency above the apices of the incisor teeth. If large there may be resorption of the inferior nasal notch.

A nasolabial cyst has a non-ciliated pseudostratified columnar epithelium which may include goblet cells. The cyst wall is relatively acellular. Nasolabial cysts are extra-osseous but lie subperiosteally.1

Careful surgical enucleation is the primary treatment for nasolabial cysts.

Solitary bone cysts are rare fluid/gas-filled lesions typically found in the metaphyseal region of long bones in young patients though can also present in the jaw.

Solitary bone cysts are more common in the mandible and are often seen in the premolar region. Almost all maxillary cases are found anteriorly.

Solitary bone cysts are typically asymptomatic and seen as an incidental finding on radiographs. If particularly large they are known to cause swelling, pain or paraesthesia.1

Solitary bone cysts present as a well-defined, unilocular, corticated radiolucency with often little cortical expansion. Scalloping between the roots of the teeth is common.4

Solitary bone cysts are often found to be empty. They may consist of loose fibrous tissue with no epithelial lining.1

Surgical management of solitary bone cysts is usually only done to aid diagnosis. The cyst wall is curreted and this results in healing in most cases.

Aneurysmal bone cysts are uncommon, blood-filled cysts which can be found in any bone though the majority are found within the long bones/spine.

In the jaw, aneurysmal bone cysts present as a firm swelling which is often not painful. This progressively worsens at a rate described as reasonably rapid. Aneurysmal bone cysts are often found at the angle of the mandible and depending upon their size may cause trismus.1

An aneurysmal bone cyst presents as a multilocular radiolucency with cortical expansion. It can be difficult to differentiate clinically and radiographically from other similar lesions (including odontogenic keratocyst and ameloblastoma). 1

It is first important to distinguish the aneurysmal bone cyst from other lesions-typically by taking an aspirate which will demonstrate blood. This is vital as approaching the cyst surgically without this knowledge could lead to a catastrophic bleed.

The most frequent treatment of an aneurysmal bone cyst is curettage of the lesion. There is a need for close follow up as the recurrence rates are high.1

Table 1. A summary of the three most encountered cysts of the jaw.