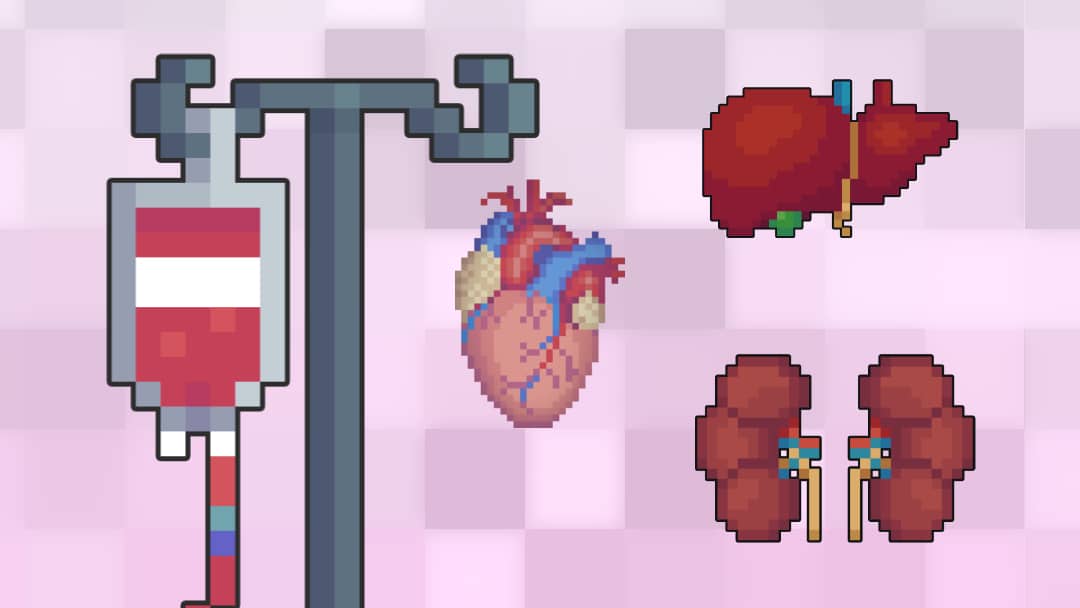 Disseminated intravascular coagulation (DIC) is a serious disorder occurring in response to an illness or disease process which results in dysregulated blood clotting.1

In health, there is usually a balance between the clotting and fibrinolytic systems. However, in DIC inappropriate activation of one or both systems leads to a paradoxical tendency to both bleeding and thrombosis simultaneously.

DIC does not arise by itself but instead develops on a background of some other severe pathology.

Some trigger conditions such as sepsis and trauma lead to a release of pro-inflammatory cytokines in a so-called systemic inflammatory response. In other conditions, the expression of certain pro-coagulant factors, such as tissue factor, is upregulated.2

Whatever the mechanism, these triggers lead to intravascular activation of the coagulation cascade throughout the body (Figure 1).

Microvascular thrombosis results due to the formation of fibrin webs and the activation and aggregation of platelets within the small blood vessels. These small thrombi can lead to multi-organ failure due to tissue ischaemia.3

At the same time, widespread activation of coagulation leads to a reduction in the concentration of circulating coagulation factors. This is referred to as a consumptive coagulopathy since clotting factors are being used up (consumed) by intravascular thrombosis.

As the concentration of available clotting factors falls, the risk of bleeding increases. Platelets are also being used up due to activation and aggregation within the circulation, which leads to thrombocytopenia, further increasing the risk of bleeding.

Thus, in severe DIC there is paradoxically simultaneous thrombosis and spontaneous bleeding. A summary of the pathophysiology of DIC can be seen in Figure 2.

The causes of DIC include:4

The features of DIC can vary from a mild chronic form with little overt features to an acute and catastrophic event resulting in severe, spontaneous haemorrhage and multi-organ failure.3

Since DIC evolves in association with some other pathology, often the most obvious features from the history and examination are those of the underlying condition itself.

For a diagnosis of DIC to be made, there must be some objective evidence of a precipitating factor.

Precipitating factors identified in the history may include:1

Typical symptoms of DIC may include:

Clinical examination will typically reveal signs of an underlying cause.

Non-specific clinical examination findings which may point towards DIC include:

There is no single investigation that can ‘prove’ DIC. The diagnosis is made based on both clinical and laboratory features. Tests also need repeating regularly as the condition evolves over time.1

The international society of thrombosis and haemostasis (ISTH) has produced a scoring system, which aims to make the diagnosis of DIC more objective. The score has a sensitivity of 93% and a specificity of 98%.5

This scoring system utilises the platelet count, D-dimer value, prothrombin time and fibrinogen levels to assess the likelihood that a patient has DIC.

It is important that the scoring system is only used for patients in whom there is clinical evidence of a precipitating cause and isn’t applied indiscriminately to those with unusual bleeding, bruising or thrombosis.

There are no specific bedside investigations, but since these patients may be critically unwell an updated set of observations should be obtained and repeated regularly to monitor for signs of acute deterioration.

Important laboratory investigations to consider include:4

All other blood tests and imaging studies will depend on the underlying cause. For instance, in cases of sepsis blood cultures and serum lactate should be requested.

There are several differentials to be aware of when considering a diagnosis of DIC.4

Acute hepatic failure is the most common differential diagnosis and also a well-recognised cause of DIC, which can make distinguishing the two conditions challenging.

There may be signs of bleeding but no symptoms and signs of thrombosis (e.g. infarction, gangrene, necrosis). There may be peripheral stigmata of liver disease on examination and LFTs are often elevated. D-dimer is likely to be mildly elevated but not markedly so, as seen in DIC.

The platelets may be low but in DIC the platelet count will fall over time whereas the levels are more likely to be stable in acute liver failure.

In cases of vitamin K deficiency there will be signs of bleeding but no signs or symptoms of thrombosis. The PT will be prolonged and sometimes the APTT as well. D-dimer will be normal in contrast to DIC.

The best test is to give a dose of intravenous vitamin K. In vitamin K deficiency clotting results will correct within six hours.

HELLP syndrome usually occurs after 28-weeks’ gestation and is associated with pre-eclampsia. The key features are hypertension, deranged LFTs and thrombocytopenia.

HELLP syndrome is also a recognised cause of DIC. If the diagnosis is HELLP syndrome alone, there will be no symptoms or signs of thrombosis and the PT/APTT will be normal.

D-dimer is often elevated in pregnancy so is not a particularly useful test in this context. The FBC will show low platelets and possibly anaemia (due to haemolysis).

It is usually associated with sepsis. D-dimer levels are often normal, helping to distinguish it from DIC. However, many patients with IPF will go on to develop DIC.

Other causes of a prolonged APTT/PT and low fibrinogen (as seen in DIC) include:3

The treatment of DIC involves two stages: treatment of the underlying disorder, which stops the triggering process, and supportive treatment to restore normal coagulation.

Transfusion protocols for DIC are complicated but in general should be based on whether there is clinical evidence of bleeding or need for an invasive procedure, rather than any specific ‘trigger’ value from laboratory tests.1 It is important to get urgent senior support and input from a haematologist.

Platelet transfusions should be considered if the patient is bleeding. The platelet count should be maintained >50 x 109/L in the presence of bleeding.

In bleeding patients with a prolonged PT and/or APTT, fresh frozen plasma can be considered.

Concentrated solutions of clotting factors may also be considered such as prothrombin complex concentrate, or specific factor infusions.

If there is severely low fibrinogen then transfusions of cryoprecipitate or fibrinogen concentrate should be considered.

If thrombosis is a prominent feature, then therapeutic doses of heparin should be considered. If there is co-existing high risk of bleeding, then unfractionated heparin can be used since this has a significantly shorter half-life and is more readily reversible than low molecular weight heparin.1

In other patients who are non-bleeding, prophylactic doses of heparin are recommended to protect against VTE. This might seem counter-intuitive since these patients remain at high risk of bleeding, but they are also at risk of venous thromboembolism so will require thromboprophylaxis.

Complications of DIC include: