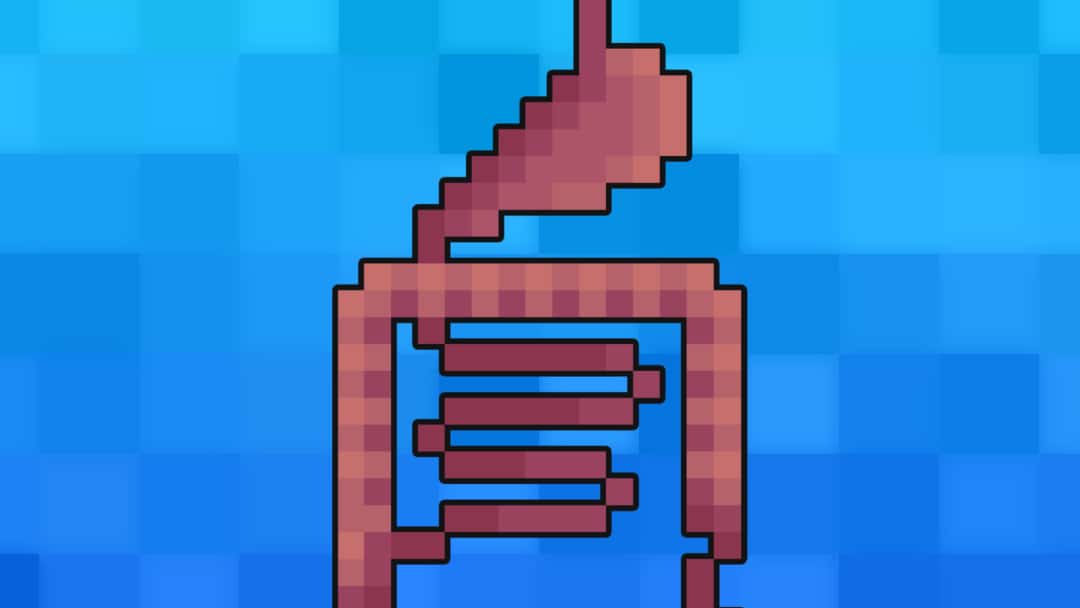 It is characterised by aganglionosis of the distal large intestine. The absence of enteric ganglion cells is commonly limited to the rectosigmoid segment but may extend proximally beyond the sigmoid colon.

Subsequently, the denervated length of the colon fails to undergo peristalsis and functional colonic obstruction occurs.1

In Hirschsprung’s disease, aganglionosis occurs due to disrupted craniocaudal migration of neural crest cells (NCCs) during the first trimester of pregnancy. As a result, these cells fail to reach the distal gut and subsequently differentiate into enteric ganglion cells.2

Genetic studies have discovered at least 24 genes, whose mutations could lead to defective migration and differentiation of NCCs. The gene commonly implicated is the receptor tyrosine kinase (RET) gene, mutations of which have been noted in up to 35% of sporadic cases and 50% of familial cases.2,3

Due to the variable nature of the length of aganglionosis, there are three main anatomical subtypes of Hirschsprung’s disease:2,3

The following risk factors are associated with an increased likelihood of developing the condition:4,5

The majority (75%) of cases present during the neonatal period. The severity of symptoms may vary depending on the length of the aganglionic segment.2

During the neonatal period, the typical triad of symptoms of Hirschsprung’s disease is:4

In practice, however, only 26% of patients present with all three features.4 Other symptoms include irritability, “spitty’’ after feeds and feeding intolerance.

For patients who present later in life, clinical features include:1,4

Furthermore, for all age groups, a thorough systems review is required as associated congenital anomalies in other body systems (e.g. ophthalmological, neurological, and cardiac) have been noted in up to 60% of patients.3

Hirschsprung-associated enterocolitis (HAEC) is a severe complication of Hirschsprung’s disease and is the most significant cause of mortality in these patients.

Although the exact pathophysiology is unknown, the commonly accepted hypotheses can be remembered as the “3Ds“:

Enterocolitis can occur both before definitive surgery and post-operatively. Therefore, the initial presentation of Hirschprung’s disease could be with HAEC.2

HAEC should be suspected in a child presenting with pyrexia, abdominal tenderness, foul-smelling or bloody diarrhoea, and features of Hirschsprung’s disease.6

For patients who present early before the onset of HAEC, typical clinical findings include:2,3

If the patient presents with HAEC, it is important to look for clinical manifestations of underlying hemodynamic instability such as hypovolemia, hypotension or sepsis.

Due to the non-specific symptoms of Hirschsprung’s disease, there are several differential diagnoses to consider. They can be divided into two categories based on the age of presentation.2,4

Table 1. Differential diagnoses to consider in the context of Hirschprung’s disease.

If there is no evidence of HAEC, the diagnosis of Hirschsprung’s disease can be confirmed by performing a rectal biopsy with acetylcholinesterase (AChE) staining.

The diagnosis requires the histopathological demonstration of:2,5

A suction rectal biopsy (which can be performed in the outpatient setting), is usually adequate for diagnosis. An alternative method is a full-thickness biopsy performed under general anaesthesia.

According to NICE guidelines, a rectal biopsy is only indicated if one or more of the following are present:7

If the clinical presentation is ambiguous for Hirschsprung’s disease or the patient presents critically unwell or with clinical features of HAEC, additional relevant laboratory investigations include:

Other relevant investigations include:

The initial management of Hirschsprung’s disease depends on haemodynamic status, hydration status and any evidence of underlying HAEC.

If the patient is unwell, treatment should focus on stabilising the child first. This would involve measures such as intravenous fluid resuscitation.

Should the child present with features of HAEC, then prompt recognition is vital to prevent disease progression to toxic megacolon, bowel rupture and bacterial sepsis.

In addition, the sepsis six care bundle should be initiated within an hour after presentation should sepsis have already developed secondary to HAEC.2,6

Routine colonic irrigation is performed daily following diagnosis to bridge the gap to surgery. Typically, patients receive one to three daily irrigations using 10-20mL of normal saline solution to wash out the intestinal contents.2 Irrigation is vital in preventing enterocolitis due to bacterial overgrowth resulting from faecal stasis.5

Consultation with the paediatric surgical team is essential to decide the type of pull-through method and the timing of surgery for the child.2

General complications of Hirschsprung’s disease include: