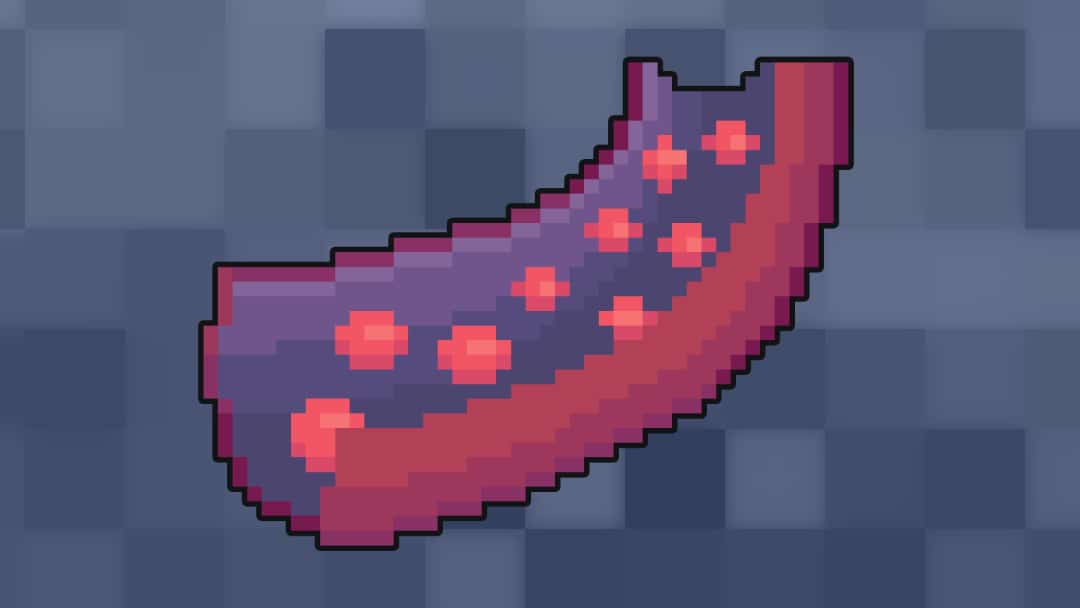 The human immunodeficiency virus (HIV) is a species of Lentivirus, a subgroup of the retrovirus family, that preferentially infects CD4+ T helper lymphocytes, resulting in the progressive destruction of the immune system and the onset of acquired immunodeficiency syndrome (AIDS).

Despite the decline in HIV diagnoses seen in the UK during the past several years, HIV and AIDS remain a huge economic and health burden worldwide.1

This article has been written to provide medical students with the information needed to achieve the goals set out by the National Institute for Health and Care Excellence (NICE): identify those at risk of HIV, recognise HIV-related health issues and facilitate prompt testing and management of patients with HIV.2

There are two main types of HIV, known as HIV-1 and HIV-2. HIV-1 is the predominant type found in the UK, whereas HIV-2 is mainly found in West Africa. For this article, references to HIV will focus on HIV-1 unless specified otherwise.

Furthermore, the UK has successfully reached the target of diagnosing 90% of HIV positive people, providing antiretroviral therapy for 90% of those diagnosed, and achieving viral suppression in 90% of those on treatment. This global ‘90-90-90‘ target was set by the Joint United Nations Programme on HIV and AIDS (UNAIDS) in 2014.1

The demographic groups most affected by the virus vary. However, in the UK, HIV is most prevalent among men who have sex with men (MSM) and black-African heterosexual men and women.2

The life cycle of HIV, its progression to AIDS and the mechanisms by which it causes disease are well-characterised and a good knowledge of this is useful to understand its clinical presentation and treatment.

The HIV life cycle provides several different targets for pharmaceutical intervention, as described below and in figure 1.4

Within one day of its life cycle, the infected CD4+ cell dies and releases large numbers of new virions which disseminate through the blood to infect more CD4+ cells, primarily in lymphoid tissue. This period develops within 2-4 weeks after exposure, during which time there is a high level of viral replication, making the individual highly infectious.5

The immune response to primary HIV infection (PHI) can cause mild-to-moderate non-specific symptoms, which is called seroconversion illness. These symptoms are often described as being similar to flu or infectious mononucleosis and commonly includes muscle ache, headache and fatigue.5

During the second stage, which is also named asymptomatic HIV infection or clinical latency, the immune response controls the virus, limiting the symptoms despite a persistent low level of viral replication.

Though the individual is not displaying symptoms, they are infectious. Although the timeline may vary between individuals, this asymptomatic stage can continue for 10-15 years, with symptoms only presenting when the host’s ability to replenish CD4+ cells wanes. 5

When the persistent HIV infection compromises the ability of the immune system to replenish CD4+ cells, the CD4+ cell count drops below 200 cells/µL, which is sufficient for a diagnosis of AIDS.2

At this advanced stage, the ability of the immune system to combat infection is severely compromised and the infected individual will become susceptible to opportunistic infection and malignancy. Such AIDS-defining illnesses and AIDS-related complications can be found below.

If left untreated, AIDS will cause death within around 20 months.5

As with all infectious disease, understanding the mechanisms of transmission is crucial to breaking the chain and curtailing the spread of HIV.

Other mechanisms include vertical transmission (from an infected mother to child during pregnancy, childbirth or breastfeeding), and inoculation (via contaminated needles, blood/blood products and occupational exposure).2

It should be noted that HIV cannot be spread through social interactions such as shaking hands and kissing, nor can it be spread by a vector (such as insects). In addition, oral transmission is rare and typically associated with concurrent oral pathology.2

A thorough clinical history should be taken of the patient’s presenting symptoms alongside their risk factors for HIV infection.

Demographic groups that are considered high risk for HIV infection include:2

Lifestyle and social risk factors include:

Furthermore, a thorough medical history should also be taken to identify the possibility that the patient may have received an unsafe blood transfusion or transplant.

Seroconversion illness develops in over 60% of patients in the primary stage of HIV infection.

HIV should be considered in patients who have experienced one or more of the following symptoms in the past 3 years, or if a single symptom is severe or resistant to treatment.

Table 1. An overview of the clinical features of longstanding HIV infection.

AIDS can be defined as the development of one or more AIDS-defining illnesses in the presence of HIV infection or by a CD4+ count <200 cells/µL. 2

NICE recommends testing patients who belong to at-risk groups, those presenting with another sexually transmitted infection, new patients at a GP practice in an area of high prevalence, as part of routine antenatal care, and for those who request it.

Clinical judgement and patient discussion should dictate when and where HIV testing is performed. Those suffering from symptoms indicative of a serious HIV-related condition should be admitted for urgent specialist assessment, with HIV testing being a priority.

In other cases, testing may be done in primary care, sexual health clinics, or appropriate HIV charities, depending on appropriate need and patient preference. Generally, results are available within 72 hours in primary care, on the same day in genitourinary medicine clinics, and under one-hour in specialist charities.2

There are two main methods for HIV testing:

The most used assay is the 4th generation HIV test, which detects the presence of HIV IgM and IgG antibodies as well as the viral p24 antigen. A positive result necessitates a second sample for confirmation and a negative test result 4 weeks after exposure may be reassuring, but still requires a repeat test at 12 weeks post-exposure to definitively exclude HIV infection.

The 3rd generation test is employed in point of care tests and self-testing, in which samples are taken from a finger prick or mouth swab. These tests detect HIV IgM and IgG antibodies with increased sensitivity during early seroconversion and results can be ready in under an hour.

According to UK HIV testing guidelines, lengthy pre-test counselling is not required unless requested. However, the patient should always be made aware of what is being tested, the benefits of testing and details of how the results will be given and their implication.3

Pre-test counselling should aim to determine the level of risk (travel history, sexual history, intravenous drug use etc.) and explore the benefits and difficulties of the test. Benefits of the test will include anxiety reduction and the ability to begin future planning, including how to avoid transmitting to others.

Difficulties may include dealing with a positive diagnosis, the potential effect on employment and difficulties associated with disclosure and social stigma. 3

Post-test counselling should preferably be face-to-face, especially if the patient has mental health issues, is at risk of suicide and is younger than 16 years of age. Counselling should aim to review the test result and promote risk-minimising behaviours.

Patients should always be informed if their test is negative, and they should be made aware of the detection window period and the potential need for repeated testing. For positive test results, patients should be reassured that effective treatment can prevent illness and further transmission. 3

There is currently no cure for HIV, and management focusses on early initiation of antiretroviral therapy (ART) which aims to suppress viral replication to the point where it is undetectable and cannot be transmitted.

In addition, opportunistic infections should be treated appropriately and acute symptoms of AIDS (as previously discussed) necessitate hospital admission.

HIV is highly mutagenic and can quickly develop drug resistance, so ART is comprised of a minimum of 3 different drugs to target different parts of the HIV life cycle.

Table 2. An overview of antiretroviral therapy for HIV.

If a patient continues to deteriorate (clinically or as represented by a raised viral load or decreased CD4+ count), their regimen may be changed according to previous response to treatment, tolerability, and drug interactions.

Adverse effects of antiretroviral therapy can be serious or life-threatening, but medication should not be stopped without specialist advice.

Adults at high risk of HIV may benefit from pre-exposure prophylaxis (PrEP), which is a combination of emtricitabine with tenofovir disoproxil that is taken daily prior to exposure to the virus to reduce the risk of HIV acquisition. Tenofovir disproxil may be used alone for HIV-negative individuals when emtricitabine is contraindicated.9

At-risk groups who should be offered PrEP include men or transgender individuals who have sex with men and HIV-negative sexual partners of HIV-positive individuals with a detectable or unknown viral load.

Occupational and sexual exposure to HIV is a medical emergency that requires prompt treatment with a course of post-exposure prophylaxis (PEP).

PEP is a course of emtricitabine, tenofovir disoproxil and raltegravir which should be initiated as soon as possible (no later than 72 hours following exposure) and continued for 28 days.10

PEP is not recommended for human bites or community needlestick injuries unless the donor is known to be highly viral or high risk.2

Patients diagnosed with HIV will require advice and support, as well as close monitoring of their CD4+ levels to follow disease progression.

Advice should be given regarding appropriate HIV specialist services, HIV charities and local services for safer intravenous drug use, if appropriate. In addition, patients should be supported to minimise the risk of transmission through the discussion of safer sexual practices and adherence to medication.

Pregnant women should be assured that adherence to medication drastically reduces the risk of transmission to their children, and patients should be made aware of the British HIV Association’s endorsement of the ‘Undetectable=Untransmittable (U=U)’ consensus: a HIV-positive individual with sustained undetectable levels of HIV in their blood cannot transmit the virus to their sexual partners.10

For HIV-positive individuals, their progress should be monitored every 3-6 months for early disease and every 2-3 months in late disease. This should include assessment for opportunistic infection, viral load (PCR test for HIV RNA) and CD4+ count.

An increased viral load indicates increased viral replication which may be caused by non-adherence to medication or viral drug resistance. CD4+ count is particularly useful to determine the degree of immunocompromise and risk of opportunistic disease; a CD4+ count >500 cells/µL represents little risk, whereas a count of <200 cells/µL is sufficient for a diagnosis of AIDS and associated risk of HIV-related cancer and illness.2

Life expectancy for those living with HIV is lower than the general population but has lengthened over time as the effectiveness and tolerability of ART has been improved.

Early initiation and strict adherence to ART is key. Poor adherence can result in drug resistance and failure to control the virus, resulting in a steady decline in CD4+ cells and the onset of constitutional symptoms, malignancy, and opportunistic infection. Suppression of the virus is achieved within 3-6 months of ART initiation.2

As a result of HIV infection and AIDS, the host immune system is severely compromised, increasing the risk of developing a wide range of opportunistic infections which can cause severe health complications and death.

Table 3. An overview of the complications of HIV infection and AIDS.