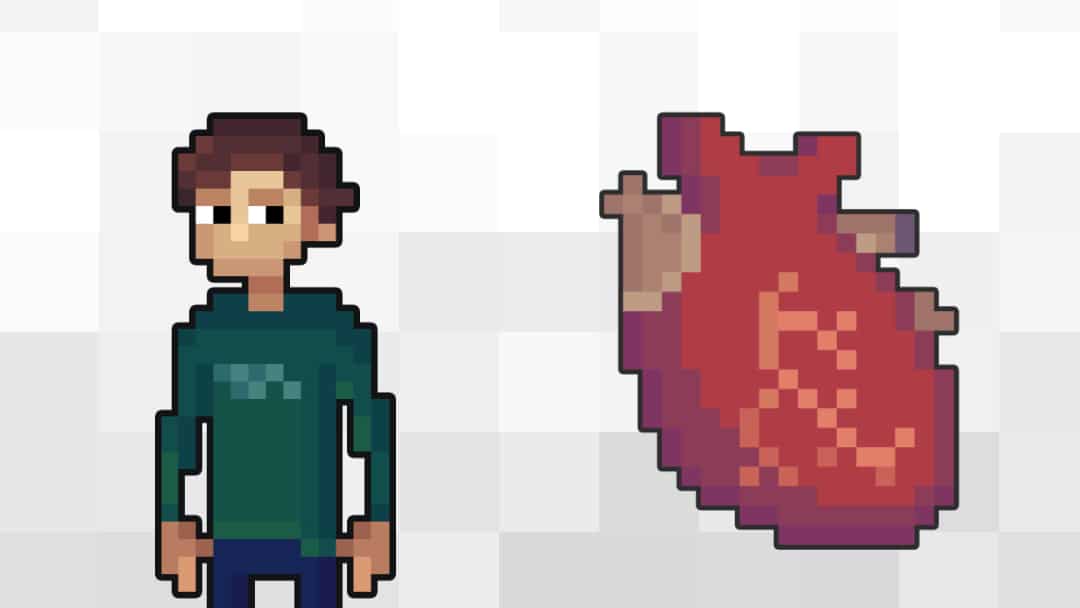 The paediatric cardiovascular exam can be a logistical minefield, requiring a good understanding of cardiac anatomy and possible congenital anomalies. With babies especially, it’s important to be opportunistic with your examination – doing the three ‘quiet things’ first: auscultation of heart sounds, auscultation of breath sounds and palpation of femoral pulses.

With all children, don’t expect to follow a pre-defined order. Be creative and playful, making the examination into a game involving parents, siblings and the toys available to you.

Introduce yourself to the parents and the child, including your name and role.

Confirm the child’s name and date of birth.

Briefly explain what the examination will involve using patient-friendly language: “Today I’d like to perform an examination of your child’s heart, which will involve first watching your child, then feeling their pulse and listening to their chest with my stethoscope.”

Gain consent from the parents/carers and/or child before proceeding: “Are you happy for me to carry out the examination?”

Observe the child in their environment (e.g. waiting room, hospital bed) and take note of their appearance and behaviour:

Pay attention to features that may indicate the presence of an underlying genetic condition:

See the end of this guide for a non-exhaustive list of clinical syndromes which can be associated with cardiovascular system pathology.

Observe for any equipment in the child’s immediate surroundings and consider why this might be relevant to the cardiovascular system:

Note any medications by the bedside or in the child’s room and consider what underlying diagnoses they may indicate:

Inspect the hands for clinical signs relevant to the cardiovascular system:

Finger clubbing involves uniform soft tissue swelling of the terminal phalanx of a digit with subsequent loss of the normal angle between the nail and the nail bed. Finger clubbing is associated with several underlying disease processes, but those most likely to appear in a cardiovascular OSCE station include congenital cyanotic heart disease and infective endocarditis.

Signs in the hands associated with endocarditis

There are several other signs in the hands that are associated with endocarditis including:

Place the dorsal aspect of your hand onto the child’s to assess temperature:

Measuring capillary refill time (CRT) in the hands is a useful way of assessing peripheral perfusion:

Palpate the child’s radial pulse, located at the radial side of the wrist, with the tips of your index and middle fingers aligned longitudinally over the course of the artery.

Once you have located the radial pulse, assess the rate and rhythm.

In babies, assess the femoral pulse instead.

Radio-radial delay describes a loss of synchronicity between the radial pulse on each arm, resulting in the pulses occurring at different times.

To assess for radio-radial delay:

Causes of radio-radial delay include:

Jugular venous pressure (JVP) provides an indirect measure of central venous pressure. This is possible because the internal jugular vein (IJV) connects to the right atrium without any intervening valves, resulting in a continuous column of blood. The presence of this continuous column of blood means that changes in right atrial pressure are reflected in the IJV (e.g. raised right atrial pressure results in distension of the IJV).

Because of the inability to easily visualise the IJV, it’s tempting to use the external jugular vein (EJV) as a proxy for assessment of central venous pressure during clinical assessment. However, because the EJV typically branches at a right angle from the subclavian vein (unlike the IJV which sits in a straight line above the right atrium) it is a less reliable indicator of central venous pressure.

Assessment of the JVP is only performed in children older than 8 years old:

1. Position the child in a semi-recumbent position (at 45°).

2. Ask the child to turn their head slightly to the left.

3. Inspect for evidence of the IJV, running between the medial end of the clavicle and the ear lobe, under the medial aspect of the sternocleidomastoid (it may be visible between just above the clavicle between the sternal and clavicular heads of the sternocleidomastoid. The IJV has a double waveform pulsation, which helps to differentiate it from the pulsation of the external carotid artery.

4. Measure the JVP by assessing the vertical distance between the sternal angle and the top of the pulsation point of the IJV (in healthy individuals, this should be no greater than 3 cm).

Jugular venous pressure (JVP) provides an indirect measure of central venous pressure. This is possible because the internal jugular vein (IJV) connects to the right atrium without any intervening valves. The IJV runs between the medial end of the clavicle and the ear lobe, under the medial aspect of the sternocleidomastoid, making it difficult to visualise (its double waveform pulsation is, however, sometimes visible due to transmission through the sternocleidomastoid muscle). Because of the inability to easily visualise the IJV, the external jugular vein (EJV) is used as a proxy for assessment of central venous pressure during clinical assessment. It should be noted that because the EJV typically branches at a right angle from the subclavian vein (unlike the IJV which sits in a straight line above the right atrium) it is a less reliable indicator of central venous pressure. The instructions below are for measuring the level of the EJV.

Causes of a raised JVP

Observe the child’s facial complexion and features, including their eyes, ears, nose, mouth and throat.

Inspect the general appearance of the child’s face for signs relevant to the cardiovascular system:

Inspect the eyes for signs relevant to the cardiovascular system:

Inspect the mouth for signs relevant to the cardiovascular system (tip – ask the child to see how long their tongue is or how big their mouth is):

Close inspection of the chest

Ask the parent or child (if appropriate) to expose the child’s chest.

Tip: If you ask a child to show you their tummy they’ll almost always lift their top up to expose their chest as well.

Look for clinical signs that may provide clues as to the child’s past medical/surgical history:

Start with the abdomen and then work up to the chest. If appropriate, ask the child what they ate for their last meal and try to ‘find it’. If you can’t ‘find it’, you’ll have to listen – leading you to auscultation (sneaky right?)

2. Ask the child to take a deep breath and as they begin to do this palpate the abdomen. Feel for a step as the liver edge passes below your hand during inspiration (a palpable liver edge this low in the abdomen suggests gross hepatomegaly).

3. Repeat this process of palpation moving 1-2 cm superiorly from the right iliac fossa each time towards the right costal margin.

4. As you get close to the costal margin (typically 1-2 cm below it) the liver edge may become palpable in healthy individuals.

If you are able to identify the liver edge, assess the following characteristics:

If hepatomegaly is present, you should also assess for splenomegaly. See the paediatric abdominal examination guide for details on how to perform splenic palpation.

Palpate the apex beat with your fingers placed horizontally across the chest, noting its position.

Assess for heaves and thrills

Start by showing the child your stethoscope and demonstrate it on your own chest and/or on one of their toys to familiarise them with this piece of equipment.

Suggest listening to their chest, making sure the stethoscope diaphragm isn’t cold prior to it making contact with the child.

Tip: Play a game to see who can stay quiet the longest – involve the parents!

Areas of the heart to auscultate

Auscultate ‘upwards’ through the valve areas using the diaphragm of the stethoscope:

Repeat auscultation across the four valves with the bell of the stethoscope.

Tip: Complex cardiac anomalies may cause you to hear multiple dynamic murmurs (e.g. Tetralogy of Fallot).

Auscultate the lung fields on the anterior and posterior aspect of the chest:

Assess for evidence of oedema:

Explain to the child and parents that the examination is now finished.

Ensure the child is re-dressed after the examination.

Thank the child and parents for their time.

Explain your findings to the parents.

Ask if the parents and child (if appropriate) have any questions.

Summarise your findings to the examiner.

More than 50% of children will have a murmur at some point while congenital heart disease is present in less than 1% of children. The table below includes a non-exhaustive list of murmur characteristics and underlying causes.

Syndromes that may impact the cardiovascular system

Below is a table containing a non-exhaustive list of syndromes that can impact the cardiovascular system.

The features of each syndrome relevant to the cardiovascular system are shown in bold.