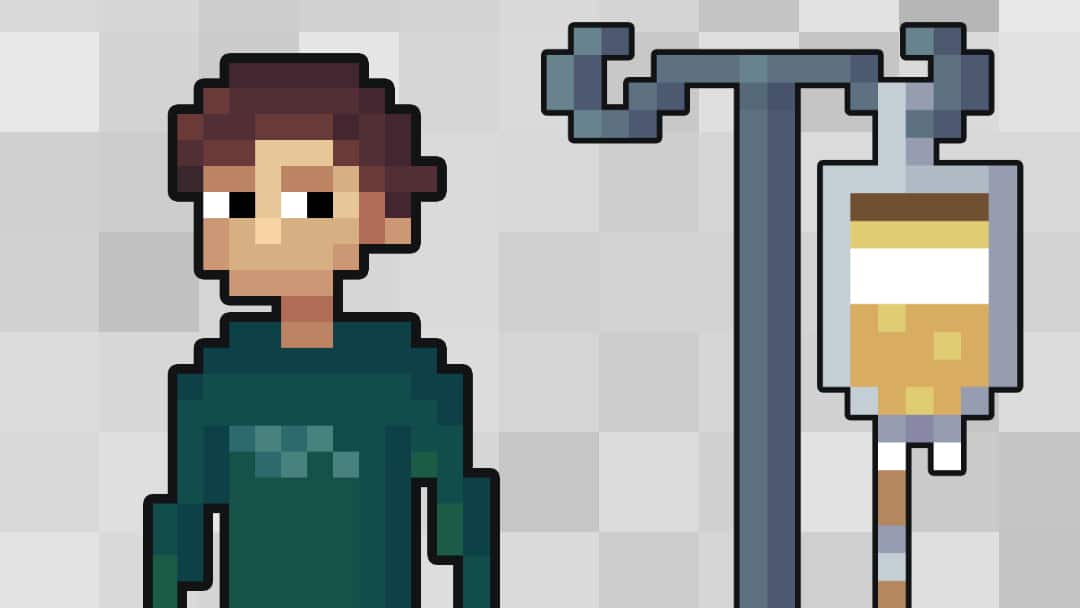 Leukaemia is a cancer of immature white blood cells and is the most common type of cancer in children, accounting for 31% of all childhood cancer cases.1

Leukaemia involves abnormal proliferation and differentiation of leucocytes or their precursor cells.

Most cases of leukaemia are caused by de novo mutations (new mutations which are not inherited). However, there are also genetic syndromes which predispose children to leukaemia.1

Certain chromosomal and genetic abnormalities can significantly affect prognosis and their presence or absence is now used to guide treatment.

Haematopoiesis and development of leukaemia

Acute leukaemias result from failure of lymphoid or myeloid progenitor cells to differentiate, with resultant uncontrolled proliferation of these immature blast cells.

Chronic leukaemias result from the uncontrolled proliferation of cells at a later stage of differentiation.

Leukaemia is categorised based up whether cells originate from lymphoid precursors (lymphocytic) or myeloid precursors (myelogenous), and by the degree of cell differentiation.

ALL develops as a result of abnormal proliferation and failed differentiation of B or T lymphoid progenitor cells. The uncontrolled proliferation of these immature lymphocytes (lymphoblasts) within bone marrow prevents normal haematopoiesis, and the abnormal blasts can spread to infiltrate other organs.

Acute myeloid leukaemia (AML) makes up around 25% of diagnoses of childhood leukaemia.

AML results from uncontrolled proliferation and failed differentiation of immature blast cells of myeloid lineage. These blasts disrupt normal haematopoiesis in the bone marrow and can infiltrate extramedullary organs.

Chronic myeloid leukaemia (CML) is less common in children (median age of diagnosis is 60-65 years). CML develops from blood cells of the myeloid lineage, which are more mature than those seen in AML. Use of cytogenetics has identified the Philadelphia chromosome as the cause of CML in more than 90% of cases, which results from a translocation between chromosomes 9 and 22, t(9;22).

Patients can progress from the chronic phase to an accelerated phase, with an increase in immature blast cells. This is followed by further progression to a blast crisis phase, where there is ≥30% presence of blast cells in the bone marrow or peripheral blood (or extramedullary infiltration by blast cells).

In contrast to adults, chronic lymphocytic leukaemia (CLL) is extremely rare in children.

Other risk factors include:1,6

Symptoms of leukaemia are often vague and non-specific and vary according to the age of the child.

Typical symptoms of leukaemia include:2-8,11

Typical clinical findings in leukaemia include:2-8,11

Uncommon clinical presentations of leukaemia include:2-8,11

The following red flag clinical features are suggestive of haematological malignancy in children.12,13

An urgent specialist assessment is required if any of the following red flag features are present:

An urgent full blood count is required if any of the following red flag features are present:

Table 1. The differential diagnoses of leukaemia.

Bone marrow aspiration and trephine biopsy are used for both diagnosis and monitoring. A biopsy may be used for:

The use of cytogenetics and immunophenotyping is important for disease classification, and therefore risk stratification to guide treatment.

Cytogenetics detects chromosomal abnormalities and is used for risk stratification, by categorising children into three risk groups (low, intermediate and high). These are used to indicate prognosis and guide treatment. 5,8,9

A lumbar puncture may also be performed looking for the presence of leukaemic cells in cerebrospinal fluid.

At the end of induction chemotherapy, the blast cell count should be ≤5% for patients to be classed as being in remission.

Classification of ALL and AML

The two most widely known classification systems for leukaemia are the French-American-British (FAB) and the World Health Organisation (WHO) classifications.

However, there is less emphasis on the use of classification systems in clinical practice, and they are not relied upon for risk stratification.

Chemotherapy is the mainstay of treatment in leukaemia.

The stages of chemotherapy for ALL include:

The stages of chemotherapy for AML include:

Bone marrow tests are repeated following induction, to assess whether remission has been achieved.

Other treatments for leukaemia include:

Other supportive measures for leukaemia include:

Early complications of leukaemia include: 5,6,11

Therapy-related complications of leukaemia include: 5,6

Long-term complications of leukaemia include:5,6

Tumour lysis syndrome is an oncological emergency caused by lysis of tumour cells, either due to chemotherapy treatment or sometimes spontaneously in highly proliferative tumours.

It results in electrolyte imbalances including hyperphosphataemia, hyperkalaemia, hypocalcaemia, hyperuricaemia.

Prophylactic hydration and allopurinol are important prior to chemotherapy. Rasburicase may be used if white cell count is >50, as this will actively break down the uric acid, while allopurinol prevents uric acid production.

G6PD deficiency should be excluded before giving rasburicase as it increases the risk of haemolytic crisis.

The prognosis in leukaemia has significantly improved over the past 40 years, with an increase in overall 5-year survival rate from 33% in 1971 to 79% in 2000.6

Improvements in survival, particularly in ALL, have resulted from effective optimisation of risk-directed therapy, and extensive involvement of clinical trials in treatment.

In patients with disease recurrence, this usually happens within the first 3 years.2

The best prognosis is in children aged between 1 and 10 years.6