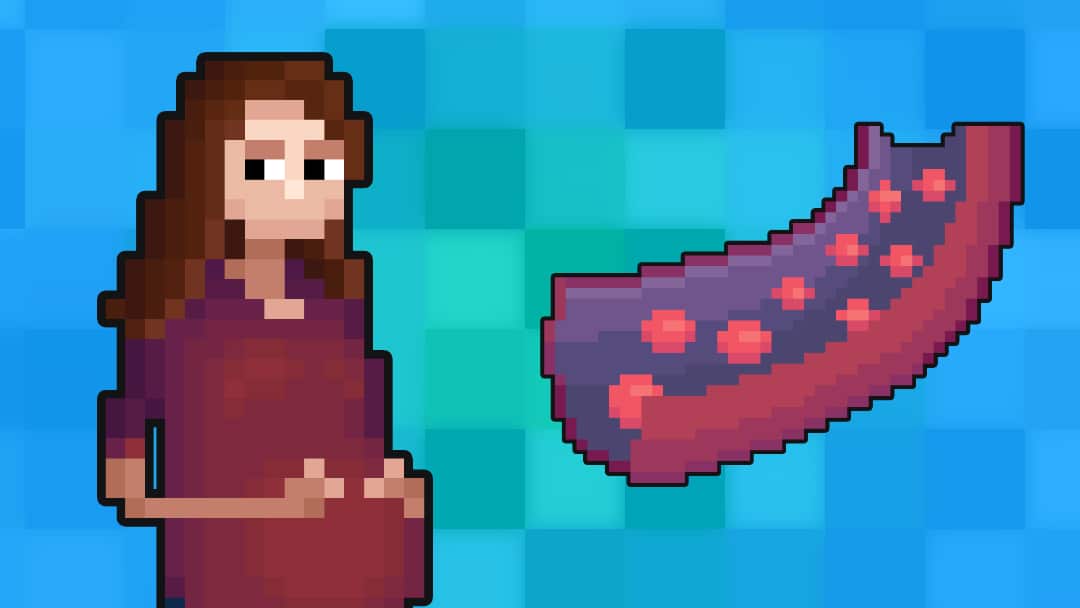 Pre-eclampsia is a multisystem syndrome, developing after 20 weeks of pregnancy. It is characterised by de novo hypertension which co-exists with one or more of the following clinical features:

Hypertension may also develop after delivery but typically resolves by 6 weeks postpartum.

Pre-eclampsia is common, occurring in 2-8% of pregnancies.1

Around 0.5% of pregnant women can develop severe pre-eclampsia which can be life-threatening for both the mother and baby.2

Severe pre-eclampsia can progress to eclampsia (1 in 4000 pregnancies), a complication resulting in maternal seizures.2

The underlying pathophysiology of pre-eclampsia is poorly understood. It is thought to be due to abnormal placentation or maternal microvascular disease. Poor perfusion of the placenta results in oxidative stress and the release of pro-inflammatory cytokines, which then cause maternal peripheral endothelial dysfunction. This sequence of events ultimately results in the typical clinical features of pre-eclampsia:

The risk factors for pre-eclampsia are shown in table 1.4

The risk of adverse maternal and fetal outcomes is increased if pre-eclampsia develops early, before 33 weeks gestation, or at any gestation in those with additional risk factors.

Patients with pre-eclampsia often have no symptoms.

However, symptoms of pre-eclampsia may include:

Clinical signs of pre-eclampsia may include:

It is important to differentiate between other hypertensive disorders of pregnancy such as:

Antenatal screening is used to detect pre-eclampsia at an early stage to allow appropriate management to prevent adverse outcomes. Antenatal appointments include assessment of blood pressure, a urine dipstick test to identify proteinuria (as well as signs of infection) and fetal heart auscultation.

Specific blood tests performed if there is a suspicion of pre-eclampsia include:

Placental growth factor (PIGF) supports trophoblastic growth and therefore has a role in placental angiogenesis. A blood test measuring PIGF levels can be used to aid diagnosis in pre-eclampsia, particularly in patients with chronic or gestational hypertension. Elevated levels of PIGF suggest that pre-eclampsia is unlikely to be present. However, low PIGF levels only indicate, but do not confirm a diagnosis of pre-eclampsia.

The diagnostic criteria for pre-eclampsia are as follows:

Pre-eclampsia typically progresses throughout pregnancy and only resolves after delivery. As a result, management focuses on monitoring progression and managing risk factors until delivery is possible.

Monitoring of the patient’s health involves:

Regular fetal monitoring is also required for all patients with pre-eclampsia including:4

Unless clinically indicated, only the latter two should be repeated regularly throughout pregnancy to monitor fetal development, with monitoring frequency tailored to the severity of pre-eclampsia.

All women with pre-eclampsia and a pre-existing chronic medical condition should have a medication review to optimise their treatment.

Aspirin is thought to delay or prevent the onset of pre-eclampsia by inhibiting the inflammatory response in blood vessels. Aspirin (75-150mg once daily) should be prescribed from 12 weeks gestation until delivery for patients with one high-risk factor or two moderate risk factors.4

Antihypertensives are key to reducing cardiovascular risk, particularly stroke risk in patients with pre-eclampsia. They should be started at diagnosis with an aim of reducing blood pressure to 135/85mmHg and should be continued up to 6-12 weeks postpartum. Labetalol is a first-line agent, nifedipine is second-line and methyldopa can be used if the first two are unsuitable. Nifedipine is first-line for Afro-Caribbean patients. Angiotensin-converting enzyme inhibitors, angiotensin receptor blockers and thiazide diuretics are contraindicated in pregnancy.4

Venous thromboembolism (VTE) prophylaxis is required due to an increased risk of VTE development in pre-eclampsia patients, particularly during hospital admission. Low molecular weight heparin can be used alongside physical measures such as anti-embolism stockings.

Severe pre-eclampsia is defined as a blood pressure of ≥160mmHg systolic or ≥110mmHg diastolic and requires hospital admission.

On admission, the fullPIERS (Preeclampsia Integrated Estimate of Risk) and PREP-S (Prediction model for Risks of complications in Early-onset Preeclampsia – Survival analysis model) risk scores can be used to calculate the risk of adverse maternal outcomes within 48 hours although the PREP-S score should not be used after 34 weeks gestation.4

Both scores take into consideration gestational age and clinical findings.5 6

Management of severe pre-eclampsia should be individualised. Early delivery may be considered, depending on gestational age and other factors such as:

Maternal complications of pre-eclampsia include:

Eclampsia is defined as seizures occurring in pregnancy or within 10 days of delivery in addition to the development of at least two of the following features within 24 hours of the seizure:7

Eclampsia develops in approximately 1 in 4000 pregnant women and has a high mortality rate (death in 1 in 50 women and 1 in 14 unborn babies).2

If eclampsia develops, it is considered an obstetric emergency requiring hospital admission. Treatment should include early delivery if possible and intravenous magnesium sulphate to treat the mother’s seizures and prevent reoccurrence. If considering early delivery, corticosteroids should be administered to accelerate fetal lung maturation if less than 34 weeks gestation.

HELLP syndrome occurs in 10-20% of women with severe pre-eclampsia.8

HELLP syndrome develops as a result of endothelial damage and consequent thrombi formation, associated with pre-eclampsia. HELLP is an acronym which describes the characteristic features of the syndrome: