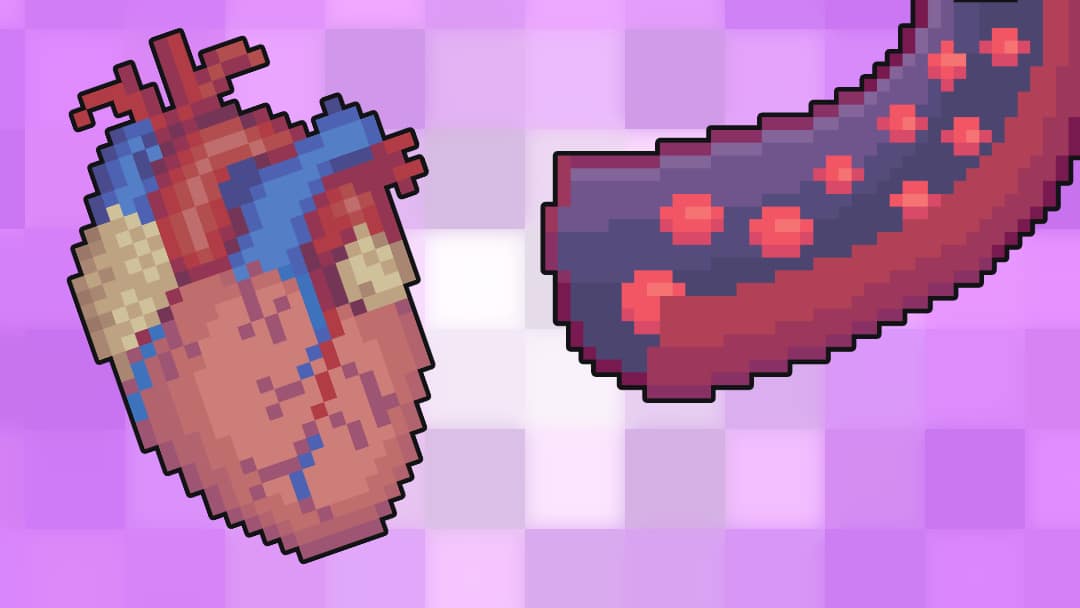 Blood pressure (BP) can provide insight into the workings of the heart and vessels of the body. BP is controlled by a variety of complex physiological mechanisms which allow both short term adaptation and longer-term maintenance of BP within a normal range. Blood pressure which is too high or too low can lead to a wide range of pathology (e.g. ruptured blood vessels, reduced perfusion to organs) and therefore the mechanisms which maintain BP homeostasis need to be robust.

Blood pressure can be measured in a number of different ways, with the most common being systolic and diastolic blood pressure:

MABP can be calculated from the SBP and DBP using the following formula:

The baroreceptor reflex is a neurally-mediated reflex that regulates blood pressure in the short-term. This reflex is crucial for the maintenance of blood pressure throughout the day and in its absence, even a slight change in posture could lead to significant changes in blood pressure.

There are mechanoreceptors known as baroreceptors located in the aortic arch and carotid sinus, which constantly monitor the MABP and pulse pressure.1 Increases in arterial pressure result in increased baroreceptor activity, which then increases the firing rate in the associated afferent neurons, carrying this information to the cardiovascular centre in the medulla.1,2

Intermediate and long-term regulation of BP

The renin-angiotensin-aldosterone system (RAAS) is an essential component of blood pressure regulation that acts to increase blood volume and increase systemic vascular resistance.1 This system is dependent on hormonal changes which induce transcription of genes to produce vasoactive proteins, making it a slower means of controlling blood pressure compared to the baroreceptor reflex.3

The RAAS system starts with renin, a hormone released from granular cells in the juxtaglomerular apparatus, a specialised structure involving parts of the distal collecting tubule (DCT) and the adjacent afferent arteriole of the glomerulus.4 Renin is released in response to increased concentration of salt in the blood, reduction in renal blood flow, or stimulation from the sympathetic nervous system acting on beta-1 receptors.1

ACE, which is found primarily in the lungs, also rids the body of a vasodilator called bradykinin, causing further vasoconstriction.1,6

Importantly, angiotensin II functions to increase salt reabsorption at the level of the kidney and does so indirectly through the activation of aldosterone released from the zona glomerulosa of the adrenal cortex.1,7,8 Increased salt retention subsequently increases plasma volume and blood pressure.

Angiotensin II is also capable of increasing plasma volume through the stimulation of thirst and antidiuretic hormone (ADH), another regulator of blood pressure which will be discussed shortly.1,6

Aldosterone acts on the principal cells found in the DCT and collecting duct of the nephron, increasing Na+ reabsorption while simultaneously increasing K+ secretion into the tubules.3,7 Aldosterone-mediated salt resorption is also linked to H+ secretion.1 Given the ability of aldosterone to increase the volume of the extra-cellular fluid compartment and thus BP, several common anti-hypertensive medications aim to decrease blood pressure through inhibition of aldosterone formation.

Antidiuretic hormone, also known as vasopressin, is involved in the control of blood pressure. ADH is made by cell bodies located in the hypothalamus and released from the adjacent posterior pituitary.1,6 The following physiological changes trigger ADH release:

ADH acts to increase water reabsorption by binding to V2 receptors, subsequently anchoring water channels known as aquaporins to the apical membrane of its target, principal cells in the collecting duct and DCT of the kidney.1,2 These aquaporins, named AQP-2 channels, are accountable for the variable H2O permeability at the distal part of the nephron, seeing as water cannot pass through without them.1

When someone becomes dehydrated, the osmolarity of the extracellular fluid increases, leading to ADH release from the posterior pituitary.6 Water is then reabsorbed at an increased rate at the level of the kidney, ultimately acting to increase the intravascular fluid volume. This increases blood pressure through an increase in venous pressure, thereby boosting venous return to the heart, increasing cardiac output.

ADH also acts as a vasoconstrictor targeting V1 receptors on vascular smooth muscle at high concentrations such as those seen in response to haemorrhagic shock.6

Other regulators of blood pressure

Atrial natriuretic peptide (ANP) is a vasoactive peptide released from the atria in response to a rise in atrial pressures, which in turn are linked to venous pressure.6 ANP acts to lower blood pressure, primarily by vasodilation and the inhibition of sodium reabsorption by the kidney, the latter having a diuretic effect.1.3This system increases sodium excretion in part through the opposition of the renin-angiotensin-aldosterone system, inhibiting renin and aldosterone release.1 ANP has also been shown to have inhibitory effects on vasopressin.1

Table 1. A summary of vasoactive compounds

How do vasoactive compounds change SVR and BP?

Vasoactive compounds often modify the amount of resistance in the systemic circulation (systemic vascular resistance – SVR) by targeting arterioles, the smallest of the arterial vessels. The smooth muscle in these vessels contains several receptors, which when bound to, give rise to either of the following responses, depending on receptor type:

Changes to the diameter of these small vessels take place throughout the body, increasing the arteriolar tone. When the area through which blood passes decreases, blood pressure increases.

To consolidate this concept, let us examine the effect of angiotensin II on the arterioles. Angiotensin II binds to AT1 receptors on arterioles, triggering an array of intracellular processes that lead to smooth muscle contraction in targeted vessels.1 This reduces the area through which blood can flow, increasing systemic vascular resistance (SVR), and therefore blood pressure (BP).