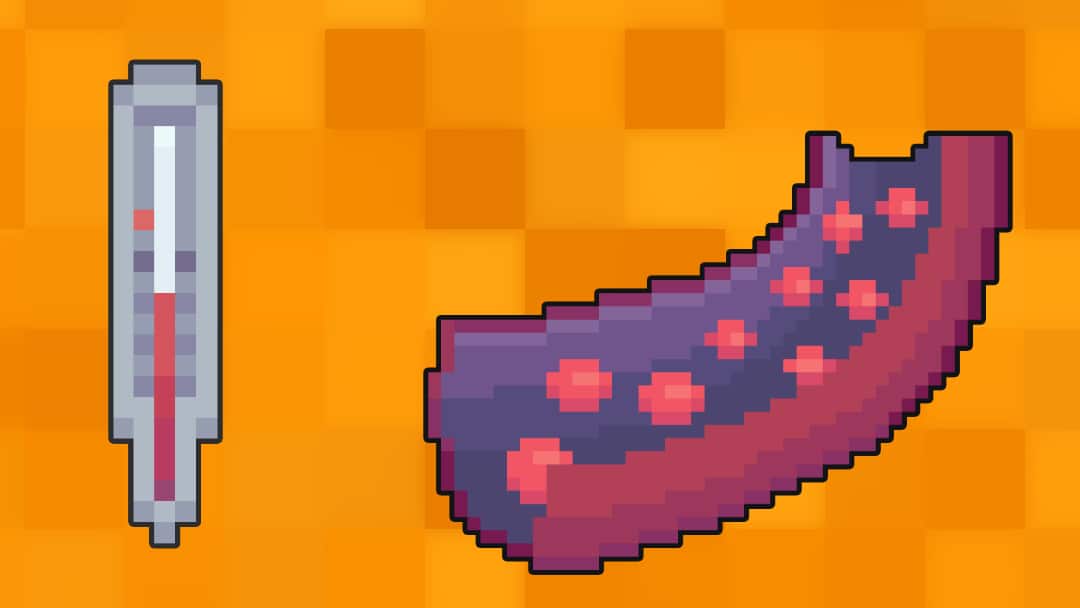 Rheumatic fever was fairly common in the UK up until the 1960s, but is, thankfully, now rare in the developed world, with current UK incidence reported as less than 1 in 100,000.1

This is largely due to major public health interventions, including the more widespread use of antibiotics and improved public hygiene measures.

However, it remains prevalent in some developing nations and amongst certain ethnic groups in developed countries (such as the indigenous people of Australia and New Zealand) and remains the number one cause of paediatric cardiac disease globally.2,3,4

Rheumatic fever typically affects children between the ages of 5 and 15, with girls being affected slightly more commonly than boys. It rarely presents for the first time in adulthood. Roughly 2% of the population are thought to be susceptible.3,5,6

Rheumatic fever can return later in life if left untreated, and current NHS guidance recommends that all patients with a sore throat who have previously had rheumatic fever seek medical advice promptly.7

Rheumatic fever develops between one to five weeks after initial infection with Lancefield group A beta-haemolytic streptococci, otherwise known as Streptococcus pyogenes, a gram-positive organism.8

Initial Streptococcus pyogenes infection typically manifests as pharyngitis (strep throat) but may also present as an infection of the skin (i.e. cellulitis).2 Rheumatic fever develops in susceptible hosts (roughly 2% of the population) due to a hypersensitivity reaction against the bacteria, which involves both the humoral and cell-mediated immune responses (type 2 hypersensitivity).9,10

Similarities in the molecular makeup of the cell walls of streptococcal bacteria and human heart valve tissue may result in the body’s antibodies erroneously attacking the host instead of the pathogen, leading to permanent damage to the valves. This phenomenon is termed antigen mimicry.5

A variety of biological and social factors are associated with an increased risk of developing rheumatic fever.2,8,10,11

The clinical features of rheumatic fever are outlined in the Jones criteria.3,5

In order to establish a diagnosis of rheumatic fever, there must be:

Multiple joints are affected, predominantly the larger ones, which become red, hot and swollen. Individually, each joint is usually affected for less than a week.

The arthritis is described as a “flitting” arthritis because it migrates to other joints within the next 1-2 months.

The heart consists of three layers (endocardium, myocardium and pericardium). In rheumatic fever, every layer of the heart can be affected, resulting in a pancarditis.

Damage to the endocardium leads to endocarditis, which can cause valvular dysfunction. Patients may present with clinically significant murmurs.

Myocardial inflammation (myocarditis) may result in heart failure and conduction defects, which are both potentially fatal complications.

Pericarditis may present clinically with a fairly benign pericardial rub or may lead to more serious complications such as pericardial effusions or cardiac tamponade.

The most common valve affected in rheumatic fever is the mitral valve.

In an attack of rheumatic fever, valve incompetence (i.e. regurgitation) is more likely to develop than valve stenosis. Valve stenosis tends to develop as a feature of chronic disease many years later.5

Sydenham’s chorea is a rare, and late-presenting sign of rheumatic fever, appearing around 2-6 months after the initial streptococcal infection.

It consists of involuntary, semi-purposeful movements of the body which may be unilateral or bilateral. Occasionally the chorea is preceded by emotional lability or behaviour which is out of character for the patient.

Erythema marginatum is a rash found in rheumatic fever which may present early on in the disease process. However, it is a rare sign and therefore should not be relied on as a means of diagnosis.

Erythema marginatum is a pink macular rash predominantly affecting the trunk and limbs while sparing the face. It expands outwards, leaving a pale centre and is described as a “geographical rash” because its borderlines resemble those drawn on a map (figure 1 below).

Hard, mobile, pea-sized nodules, typically found on the extensor surfaces (e.g. back of the elbows) or the spine. They are often painless and normally disappear within one month.

Subcutaneous nodules are a rare finding in rheumatic fever and are usually only seen when severe carditis is present.13

Pain present in multiple joints. This is not included in the criteria if polyarthritis is already present.

This is only used as a criterion if there are no signs of pancarditis.

A previous history of rheumatic fever is a risk factor for subsequent flare-ups.

This includes markers such as CRP, ESR and leukocyte (white cell) count.

The clinical presentation of rheumatic fever can be similar to several other conditions.8

Several investigations may be used to assist in reaching the diagnosis of rheumatic fever.5,8

Rheumatic fever is one of the few conditions where bed rest is recommended as first-line treatment, even if the patient feels well.3,5,8

This is even more important in cases of suspected active myocarditis (indicated by abnormalities seen on the echocardiogram and a raised ESR), where limitation of exercise is strongly advised.3

Bed rest is recommended until the CRP has returned to the normal range (usually 0-5mg/L but refer to local guidelines) for at least 2 weeks.8

Penicillin is the antibiotic of choice to kill any remaining streptococcal bacteria. A single stat dose of intravenous benzylpenicillin is administered initially, followed by oral penicillin V (phenoxymethylpenicillin) for at least 10 days.5

For patients who are allergic to penicillin, erythromycin or azithromycin can be given for 10 days instead.5

To limit the inflammatory response, high-dose aspirin should be given with careful monitoring of the child and salicylate levels.3,5 Aspirin can be particularly toxic in children, initially causing a respiratory alkalosis (from hyperventilation), followed by metabolic acidosis. Other complications include tinnitus and Reye’s syndrome.8

If the inflammation and fever do not improve, or the child has evidence of moderate to severe carditis (e.g. cardiomegaly on X-ray, complete heart block on ECG, evidence of heart failure), then corticosteroids are a useful alternative, and these should be given quickly if any of the above are suspected.3,5,8

Acute heart failure should be managed with expert advice and usually involves a combination of ACE inhibitors and diuretics.3 If fluid collects around the heart (a pericardial effusion), a procedure to remove this fluid, known as pericardiocentesis, may be necessary.3 Mitral valve surgery may be warranted even in acute heart failure.8

Joints with severe arthritis should be immobilised in the first instance where possible.5

While the chorea is often self-limiting, drugs such as diazepam or haloperidol may help to suppress the unpleasant symptoms.5,8 Diazepam is preferred over haloperidol as it is not associated with the extrapyramidal side-effects which may occur with haloperidol.

Alternatively, the patient can take oral penicillin instead of having the injections, but they must take these every day for the duration of prophylaxis and this may make compliance difficult.3

As with acute attacks of rheumatic fever, for patients who are allergic to penicillin, erythromycin or azithromycin may be used instead.3

How long prophylaxis treatment should be maintained for is open to debate, but current guidelines recommend that:5,8

Without adequate treatment of the acute episode and prophylaxis, long-term complications can develop. The severity of chronic disease is related to both the number and the severity of childhood attacks of rheumatic fever.3

The majority of complications of rheumatic fever are related to the heart.8,17 60% of patients presenting acutely with carditis go on to develop chronic rheumatic heart disease.5

If there have been multiple episodes of carditis with rheumatic fever during childhood, cardiac complications may arise as early as the second decade (between ages 10-19). However, most cases of valvular disease manifest from early adult life onwards.3

Cardiac complications may be diverse and can include:

Acute episodes of rheumatic fever may lead to leaky, or regurgitant, valves. However, long-term, the valves may become scarred, hardened and stenosed.

Other valves may also be affected but this is less common (aortic 40%, tricuspid 10% and pulmonary 2% cases).5

Most of the other features that appear during acute attacks of rheumatic fever, such as joint swelling and skin changes, are thought to be transient, leaving no permanent damage after the flare-up has resolved.6

However, very occasionally, some individuals with rheumatic fever may develop refractory chorea, which may persist for years and is resistant to standard treatment. In these patients, options such as plasmapheresis, whereby plasma is removed from the blood and the cells are transfused back into the body with a plasma substitute, may be considered.6,18

Further relapses can be triggered by re-infection with streptococcal bacteria, as well as the use of the oral contraceptive pill and pregnancy.5

Most relapses of acute rheumatic fever occur within 5 years of the initial episode, with each episode lasting around 3 months.8 Recurrence is less likely after the age of 25.7

Patients require long-term monitoring of cardiac function, especially those who initially present with myocarditis, as this can result in permanent damage to the heart muscle.8

Chorea may disappear after the initial episode, it may relapse and remit for several years, or it may persist for many years (although this is rare).8

Mortality in developed nations is low but global mortality is around 1.5%.8