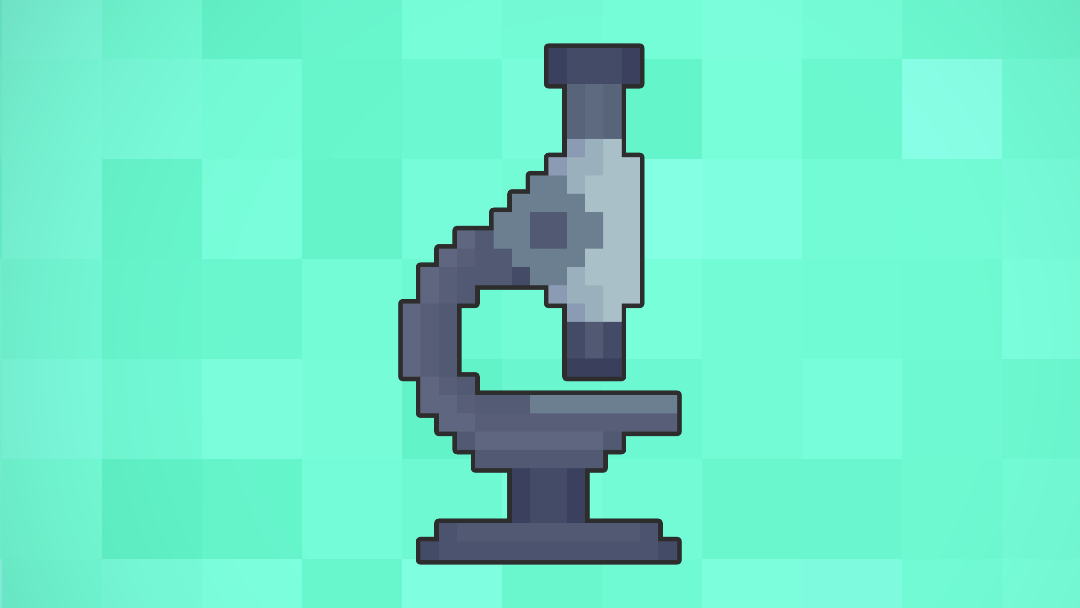 Sensitivity and specificity are characteristics of a test.

The significant difference is that PPV and NPV use the prevalence of a condition to determine the likelihood of a test diagnosing that specific disease. Whereas sensitivity and specificity are independent of prevalence.

Prevalence is the number of cases in a defined population at a single point in time and is expressed as a decimal or a percentage.

Sensitivity is the percentage of true positives (e.g. 90% sensitivity = 90% of people who have the target disease will test positive).

Specificity is the percentage of true negatives (e.g. 90% specificity = 90% of people who do not have the target disease will test negative).

These allow you to rule conditions in or out but not definitively diagnose a condition.

A classic table that allows sensitivity and specificity to be worked out quantitatively can be seen below. 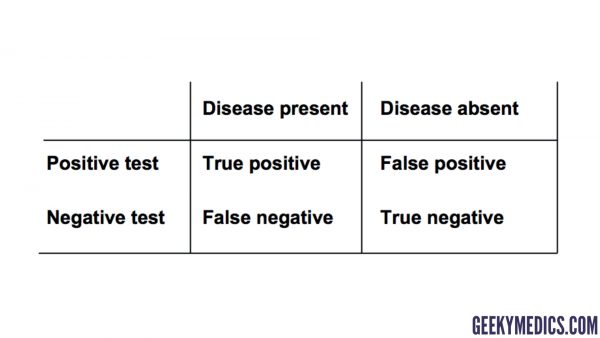 The sensitivity of a test is the proportion of people who test positive among all those who actually have the disease.

A sensitive test helps rule out a disease when the test is negative (e.g. negative amylase in pancreatitis). Highly SeNsitive = SNOUT = rule out.

Sensitivity can be thought of as ‘how delicate/sensitive the test is to picking up little changes’. The test for amylase is highly sensitive because it is capable of picking up very small amounts of amylase in the blood. As a result, the chance of amylase being present that is “below the threshold for detection” is small. Therefore, a negative result would mean one of two things. Firstly, that amylase is present but in such small quantities that it is undetectable by the test (unlikely because this test picks up small changes). Secondly, that amylase is not present at all (more likely).

This example works because the disease (pancreatitis) has a trait (amylase) that is almost always present and the test looks for that trait. If the trait is not present, the disease is unlikely to be present and can be ruled out.

The specificity of a test is the proportion of people who test negative among all those who actually do not have that disease.

A specific test helps rule a disease in when positive (e.g. urine dipstick for nitrites in UTI). Highly SPecific = SPIN = rule in.

If a disease (UTI) has a trait (nitrites in urine) that is rare in other diseases, a test for that trait can be thought of as being highly specific because the trait is specific to that disease. However, a positive result would not mean they definitely have a UTI because a highly specific test does not factor in how common the disease is (prevalence).

The positive predictive value is the probability that following a positive test result, that individual will truly have that specific disease.

The negative predictive value is the probability that following a negative test result, that individual will truly not have that specific disease.

For any given test (i.e. sensitivity and specificity remain the same) as prevalence decreases, the PPV decreases because there will be more false positives for every true positive. This is because you’re hunting for a “needle in a haystack” and likely to find lots of other things that look similar along the way – the bigger the haystack, the more frequently you mistake things for a needle.

Examples of how PPV and NPV could vary with prevalence for a specific test can be seen below.

Hopefully, with the help of this article, the concepts of sensitivity, specificity, PPV and NPV are now clearer. The examples given should allow you to see how and why these vary as different factors change.