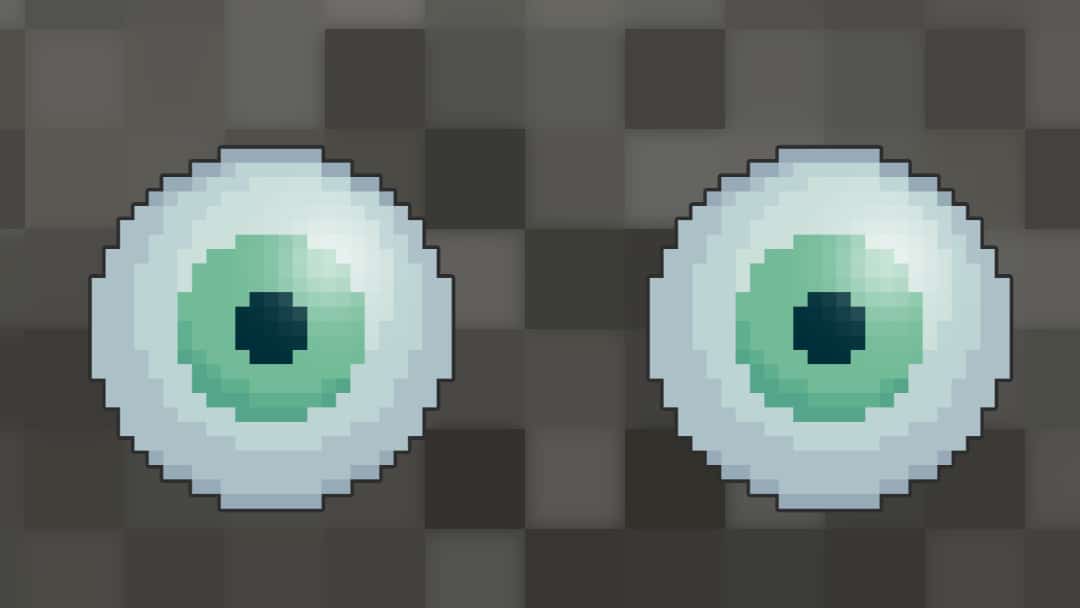 Sleep disorders are common and can present in the context of multiple medical specialities. Having an awareness of sleep disorders is useful across specialities including respiratory medicine, general practice and neurology.

This article will outline the presentation, investigations and management of four conditions affecting sleep, followed by a clinical case-based quiz to test your knowledge.

The diagnosis of sleep disorders often relies on sleep studies, details of which are included in the table below.

Table 1. An overview of sleep studies.1

The Epworth sleepiness scale (abridged version below) is a questionnaire developed to quantify daytime sleepiness propensity.2

It is not specific but aids the assessment and management of patients presenting with suspected sleep disorders including obstructive sleep apnoea (OSA) and narcolepsy.

How likely are you to doze off or fall asleep in the following situations, in comparison to feeling just tired?

Obstructive sleep apnoea is a condition where the upper airway frequently becomes obstructed during sleep, resulting in short periods of apnoea (not breathing).

Contraction of muscles in the tongue and palate hold the throat open against negative pressures during inspiration when awake. These muscles become hypotonic during sleep, particularly rapid eye movement (REM) sleep, which can result in partial or complete occlusion of the airway in patients with OSA.

A complete occlusion results in a period of apnoea and usually secondary hypoxia, terminating with the patient momentarily arousing from sleep. These apnoeas can occur hundreds of times each night, resulting in highly disrupted sleep. However, the episodes are so short that the patient is usually not aware of them.

Risk factors for OSA include:

Untreated OSA is associated with diabetes mellitus and is a risk factor for hypertension and other cardiovascular diseases in later life.

Typical symptoms of OSA include:

Anyone who has seen the patient sleep may report loud snoring or episodes of not breathing (witnessed apnoeas).

Typical signs to look for on examination include:

Common investigations for OSA include:

Some sleep centres use respiratory polygraphy to instead calculate the apnoea-hypopnoea index (AHI). This is more sensitive and specific but can be used in a similar way to the ODI.

In some cases, if these sleep studies are inconclusive, a more complex sleep study, called a polysomnogram, may be required.

Management of OSA depends on the severity and patient choice but may include:4

Insomnia describes being unable to sleep at night.

Common causes of insomnia include:6

Delayed sleep phase syndrome may mimic insomnia. This syndrome occurs when the circadian rhythm is shifted back so patients cannot get to sleep until early the next day but sleep a normal amount once they are asleep.

Some patients may be diagnosed with primary insomnia when no underlying cause can be found.

The nature and extent of insomnia should first be established, including:

It is important to take a thorough medical, drug, social and family history, in order to identify factors underlying or contributing to insomnia.

Typical symptoms of insomnia include:

Investigations are guided by history. The patient can be asked to complete a sleep diary to track their sleep habits.

Management options for insomnia include:

Narcolepsy is a rare condition in which the brain loses its normal ability to regulate the sleep-wake cycle. There are two widely recognised subtypes: type 1 and type 2.

Patients with type 1 narcolepsy experience cataplexy (conscious collapse), and have low levels of orexin in their cerebral spinal fluid (CSF).

Orexin (hypocretin) is a neurotransmitter involved in the regulation of sleep, wakefulness and appetite. Loss of orexin-secreting neurons in the hypothalamus results in narcolepsy. Most cases are thought to be due to autoimmunity.

There is a strong genetic associated with certain HLA-subtypes, but environmental factors may also play a role. For example, there is epidemiological evidence that influenza A infection or specific vaccinations may trigger narcolepsy.5

Typical symptoms of narcolepsy include:

Common investigations for narcolepsy include:

The time it takes to fall asleep is known as sleep latency. Usually, REM sleep first occurs over an hour after falling asleep, but if REM sleep occurs within 15 minutes of sleep onset, it is known as SOREM (sleep-onset REM).

Figure 2 shows the results from MSLT in a patient with narcolepsy demonstrating a mean sleep latency of 0.9 minutes and 3 episodes of SOREM.

Other investigations that may be of use include:

HLA-testing is of limited use as the allele seen in most cases of narcolepsy with cataplexy is also common in the general population.

Management options for narcolepsy include:

Restless legs syndrome is a disorder of sensorimotor processing in the brain resulting in the urge to move the legs. It is associated with abnormal sensations and often worse at night or when resting.

The pathophysiology is not fully understood but may involve brain iron deficiency and abnormal dopaminergic neurotransmission.7 The condition may be hereditary and tends to worsen with age.

Signs to look for on examination include:

History is key but investigations that may aid the diagnosis of RLS include:

Nocturnal epilepsy is caused by a frontal lobe seizure at night, typically involving screaming, frantic movements and a sensation of fear.

A 27-year-old woman presents to her GP with difficulty falling asleep over the past month. It has been getting gradually worse, and she now estimates only around 4 hours of sleep each night. She reports feeling increasingly tired during the day and is struggling to concentrate at work. She has been told by partners in the past that she snores at night but does not report any morning headaches. On further questioning, she reveals she has been feeling low in mood since she split up with her partner around a month ago, which she feels was her fault.

She drinks two cups of coffee a day but no alcohol. She has no past medical history of note and takes no regular medications. She scores 10 on the Epworth sleepiness scale and her body mass index is 36. Physical examination is unremarkable.

She is given an oximeter for a simple overnight sleep study at home. The results give a 4% oxygen desaturation index (ODI) of 4/hour.

The most likely diagnosis is insomnia secondary to mild depression. The history includes four of the ten ICD-10 diagnostic criteria for depression – depressed mood, reduced energy, ideas of guilt and reduced concentration – for over 2 weeks. This is sufficient for a diagnosis of depression. Although obstructive sleep apnoea is a possibility given her large body habitus and snoring history, the ODI of less than 5 makes this diagnosis unlikely.

A 14-year-old boy is referred to a neurologist after an episode of conscious collapse, diagnosed by the GP as an atonic seizure. The episode occurred while he was out with friends. He collapsed to the floor without loss of consciousness and recovered almost immediately, with no lasting confusion or weakness.

On further questioning, he reports feeling very tired during the day and frequent naps during lessons at school. However, he often has trouble getting to sleep at night. In the past, he has had two episodes of waking up and being unable to move. He has no past medical history of note and takes no regular medications.

He scores 15 on the Epworth sleepiness scale and neurological examination is unremarkable. The neurologist refers the patient for polysomnography and multiple sleep latency testing. PSG shows rapid sleep onset overnight, minor non-specific sleep fragmentation and nothing else. MSLT shows sleep being attained on all 4 nap tests. Mean sleep latency was 3.5 minutes and REM sleep was seen on 2 of the naps.

Atonic seizure is an unlikely diagnosis, given the patient did not have a post-ictal phase of delayed recovery. Narcolepsy is more likely based on the history, which includes features of excessive daytime sleepiness (confirmed by the Epworth sleepiness scale score), disrupted nighttime sleep and past episodes of sleep paralysis. The recent ‘conscious collapse’ is likely to be an episode of cataplexy.

Although this is his first episode of cataplexy, the patient suffers from excessive daytime sleepiness that may require CNS stimulants such as modafinil. If stimulants and antidepressants do not improve the symptoms of cataplexy, sodium oxybate may be considered.

A 47-year-old man is referred to the sleep clinic after his wife noticed him frequently stop breathing when asleep overnight. He has always been a loud snorer but this has been getting worse. He has been otherwise well over the past few years, although sometimes wakes with a headache that subsides over 1 or 2 hours, and has experienced progressively severe daytime sleepiness over the past few months.

He scores 14 on the Epworth sleepiness scale, and his body mass index is 37. Physical examination otherwise reveals a thick neck and crowded oropharynx. He is given a home oximeter for a simple sleep study, which results in an ODI of 32/hour.

Untreated OSA is associated with increased risk of cardiovascular disease. This patient already has multiple other risk factors, including alcohol intake, smoking history, obesity and diabetes.

This patient qualifies for a trial of CPAP therapy to control the OSA, thereby improving daytime sleepiness. Beneficial effects on cardiovascular risks are possible but remain unproven (beyond refractory hypertension). Lifestyle factors should also be addressed.

Figure 1 and 2 provided by the Respiratory Support and Sleep Centre at the Royal Papworth Hospital.