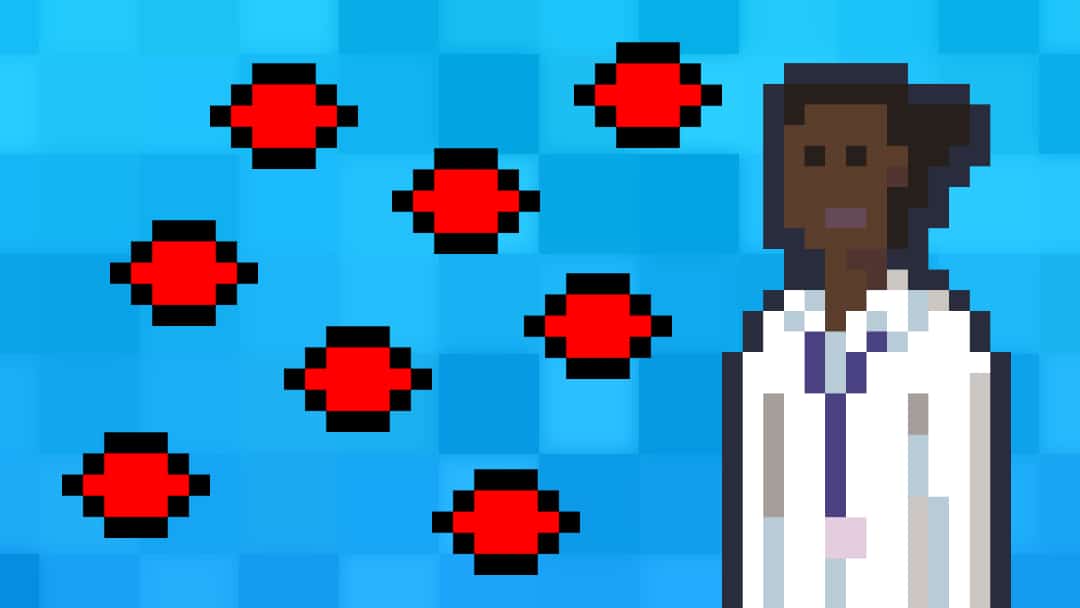 Secondary haemostasis refers to the stabilisation of activated platelets due to the actions of strands of fibrin. These generate a ‘stable mesh’ the main component in a thrombus (clot).

The activation and adherence of platelets to the damaged endothelium (primary haemostasis), and vascular response to injury (e.g. vasoconstriction) are the other key components involved in thrombus formation and haemostasis.

Fibrin is converted from its precursor fibrinogen by thrombin and is the end-product of the chain of reactions that make up the coagulation cascade.

Coagulation factors are usually designated a number in Roman numerals with a letter ‘a’ after the numeral when in its active form. For example, activated factor X is referred to as factor Xa.

Some factors are more commonly known by their name rather than their number. For example, factor II is usually referred to as thrombin.

Initiation of the coagulation cascade is usually mediated by tissue factor via the extrinsic pathway.

The common pathway begins with activation of factor X (to factor Xa) via either the extrinsic pathway or the intrinsic pathway. It is the final stage of the coagulation cascade and leads to the formation of thrombin and fibrin.

Factor Xa combines with factor V, platelet membrane phospholipids and Ca2+ ions to convert prothrombin into thrombin. Thrombin then converts fibrinogen into fibrin strands which form an important structural component of a thrombus.

The intrinsic pathway can be activated by surface contact, when damage to the vascular endothelium leads to exposure of clotting factors to negatively charged subendothelial surfaces, mediated by the molecule Kallikrein.

The series of reactions in the intrinsic pathway leads to initiation of the common pathway and therefore amplification of thrombin production through the creation of a positive feedback loop.

Reactions in the intrinsic pathway include:

This continuous cycle means that vast amounts of thrombin can be generated from a single initial stimulus and a thrombus can be formed quickly after injury to limit blood loss.

Thrombin plays a significant role in many aspects of coagulation and haemostasis:

An overview of the coagulation cascade

Table 1. An overview of the coagulation cascade.

Without regulatory mechanisms, the positive feedback loop triggered by thrombin in the intrinsic pathway would continue indefinitely and cause dangerous levels of clotting in the blood.

For this reason, various proteins inhibit aspects of the coagulation cascade once enough thrombin has been produced.

Protein C is produced in response to thrombin binding to the receptor thrombomodulin on the vascular endothelium. This leads to protein S activation which then breaks down factors Va and VIIIa in a negative feedback loop.

Antithrombin is a natural anticoagulant that is produced by the liver and destroys factors XIa, Xa and thrombin.

Heparin and fondaparinux enhance the natural effects of antithrombin in inhibiting thrombin and factor Xa.

Tissue factor pathway inhibitor is a protein that binds to and inactivates factor VIIa and factor Xa.

Warfarin is a vitamin K antagonist which prevents the synthesis of vitamin K-dependent clotting factors (II, VII, IX and X).

Low molecular weight heparin (LMWH) is prescribed alongside warfarin when treatment is initiated. This is because vitamin K is also required for the synthesis of the natural anticoagulants protein C and protein S so Warfarin may inhibit their production initially. LMWH can be stopped once the INR is at the target range.

Multiple tests exist to assess haemostasis. They involve adding triggers to a sample of reversibly anticoagulated plasma (by citrate) and measuring the time taken for fibrin to form.

The two most frequently performed tests are the prothrombin time (PT) and the activated partial thromboplastin time (APTT).

For more information on interpreting these tests, see the Geeky Medics guide to interpreting a coagulation screen.

The prothrombin time measures the time taken for fibrin to form via the extrinsic pathway.

Causes of a prolonged PT include:

Prothrombin time is the test that forms the basis of the INR (international normalised ratio), a ratio of the patient’s PT compared to a normal PT.

The INR is used to monitor the levels of anticoagulation in patients on Warfarin and adjust the dosage as necessary.

The activated thromboplastin time measures the time taken for fibrin to form via the intrinsic pathway.

Causes of a prolonged APPT include:

Despite measuring the activation of each coagulation pathway, the processes that form clots in samples of anticoagulated blood do not always accurately reflect a patient’s ability to clot and therefore should be interpreted with caution, alongside the patient’s history and other investigations.

For example, the PT assesses the extrinsic pathway after it has been initiated by tissue factor but does not account for the fact that in vivo (within circulating blood) large amounts of thrombin are produced via a positive feedback loop through the intrinsic pathway, with even small amounts of factor VII and this alone can bring about haemostasis.

Another example is that the APTT can be interfered with by antibodies against phospholipids (Lupus anticoagulants) which prolong the APTT test but do not increase the tendency of a patient to bleed.

Dysfunction of the coagulation cascade

Dysfunction of the coagulation cascade can be caused by several medical conditions: