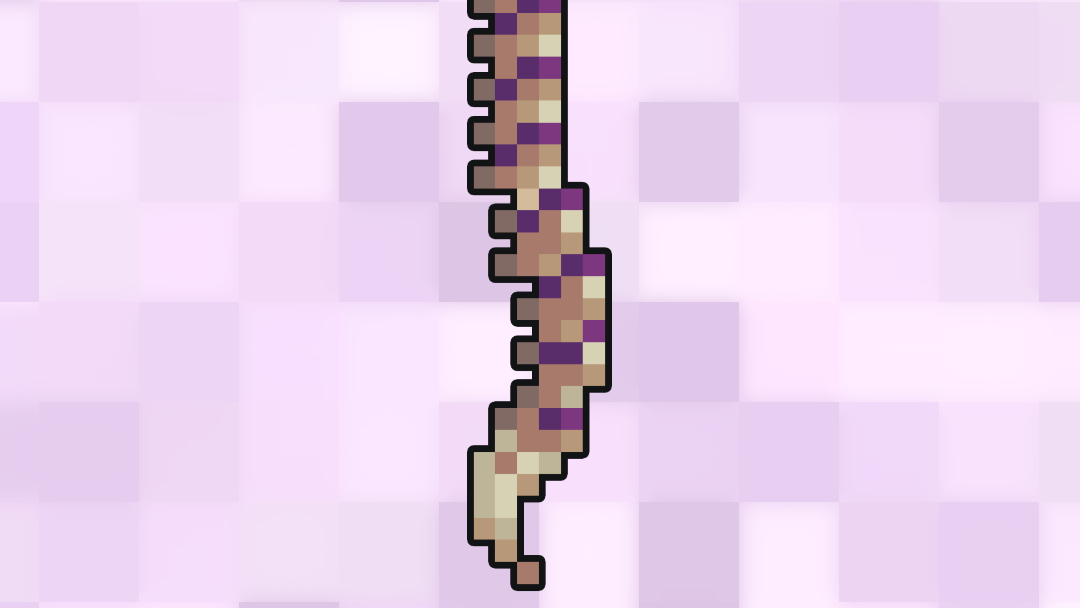 The collection of bones stacked vertically upon one another to form the spine is what we know as the vertebral column. Each of these bones is called a vertebra (plural: vertebrae).

There are five distinct regions of the vertebral column where vertebrae share distinct characteristics that allow for specific joints to form and movements to be produced. Each of these regions is assigned a letter and a number, as described below.

This article focuses on the osteology of the vertebral column.

The vertebral column is a rigid, bony structure that serves several important functions:

There are five distinct regions of the vertebral column.

From superior to inferior, these are:

Before we describe each of these regions and some examples of atypical vertebrae, we will consider the similarities in their basic structure.

The vertebral body is surrounded by cortical (compact) bone. Within the cortical bone is a dense network of trabecular bone. This trabecular bone is of vital importance to haematopoiesis, or blood cell production, as it contains red bone marrow.

The vertebral bodies of two adjacent vertebrae are connected to intervertebral discs. These discs help to cushion shock as forces are transmitted through the vertebral column and contributes to improving the range of motion between vertebrae.

Two projections exit either side of a vertebra posteriorly: the pedicles.

With a name derived from the Latin pediculus, meaning “little foot,” the pedicles are two small posterior projections of the vertebral body.

They help to form the lateral margin of the spinal canal, and give rise to four important structures:

The vertebral arch refers to the semicircular ring of bone that connects the two vertebral pedicles.

The laminae have a postero-inferior extension known as the spinous process.

At the tips of these articular processes are articular facets, which form a (zygapophyseal) joint with adjacent vertebrae to improve stability within the vertebral column.

The transverse processes of the vertebral column are projections of bone that arise from the same place as the articular processes and travel laterally.

They serve different purposes in different regions of the spine, such as carrying blood vessels or forming attachment sites for the ribs.

The spinous processes are postero-inferior projections of bone that exit the vertebral arch posteriorly from the midline. They assist in limiting movements in certain regions of the spine and are a site for many ligaments to attach to.

Before introducing each vertebral region, we will explore the different joints in the vertebral column. Here, we focus on the joints common to each region.

There are three major joints in each vertebra:

The orientation of the articular facets dictates the movements allowed in each vertebral region.

For example, the thoracic spine has an anterior-posterior orientation of the facets, allowing lateral movement but limiting flexion and extension.

Ligamentum flavum attaches between the laminae of each vertebra. This is very thick and strong ligament which limits excessive flexion of the vertebral column.

This ligament runs between spinous processes of adjacent vertebrae. It limits excessive flexion of the vertebral column.

Now that we have covered the common features of most typical vertebrae, we will discuss each vertebral region and highlight some characteristics that make bones in that region specifically identifiable. As we go, refer to these three images of the cervical, thoracic and lumbar spines to see the differences we discuss.

Cervical vertebrae having small vertebral bodies is the result of two important considerations:

There are twelve thoracic vertebrae in the human vertebral column. They serve as the dorsal attachment site for the ribs, which form the majority of the lateral margin of the thoracic cavity (thorax) and line the thoracic inlet and outlet.

There are several identifying features of the typical thoracic vertebrae:

Each typical rib will then attach to a single transverse process to improve the stability of the ribs and thoracic cage.

There are only a handful of spinal nerves left to branch from the spinal cord in the lumbar region, and the lumbar vertebrae have a small triangular vertebral foramen.

The identifying features of the lumbar vertebrae include:

The sacrum is formed by 5 fused vertebrae that form an inverted triangle, with the base lying atop the apex.

The sacral nerves travel through the sacral canal to exit via the dorsal and ventral sacral foramina.

The coccyx is formed by 3 (and occasionally 4) fused coccygeal vertebrae, also known as the tailbone.

Co1 and Co2 are invariably present, but Co3 can be absent or detached from the other two coccygeal vertebrae.

There are no vertebral arches in the coccygeal vertebrae, and thus, no vertebral canal can form in this region.

Scoliosis refers to lateral curvature of the spine that may occur in any vertebral region, but more commonly the thoracolumbar spine.

It can be brought about by improper posture from muscular or skeletal abnormalities and may present at any age. It affects women more than men.

The signs and symptoms are location dependent, but pain is common. In thoracic scoliosis, dyspnoea and restrictive lung function patterns may be seen. In lumbar scoliosis, abdominal pain and ‘tightening’ of abdominal viscera are common.

Kyphosis usually refers to pathological and excessive flexion of the primary spinal curves: the thoracic or the sacral curvatures.

Thoracic kyphosis presents with a heavily stooped posture and back pain. It is commonly the product of lower bone mineral density causing osteopaenic or osteoporotic crush fractures of the thoracic vertebrae.

Lordosis refers to a pathological and excessive extension of the secondary spinal curves: the cervical or lumbar curvatures.

Lumbar lordosis presents with anteriorly rotated hips and excess extension of the lumbar spine (a “hollow back”, or “Saddleback”).

The intervertebral disc is the major shock absorber of the vertebral column.

The most common locations for disc herniation are the lower cervical regions and lower lumbar regions. In both regions, the primary complaint is a shooting or radiating pain on movement of the spine or limb. Later in the disease course, motor dysfunction can occur.

To assess for disc herniation in the lumbar region, the supine leg raise test is completed. Reproducing symptoms in the first 30 degrees of hip flexion is a positive sign, and suggests the need for further workup for lumbar disc herniation.

There are several stages of disc herniation, in order: