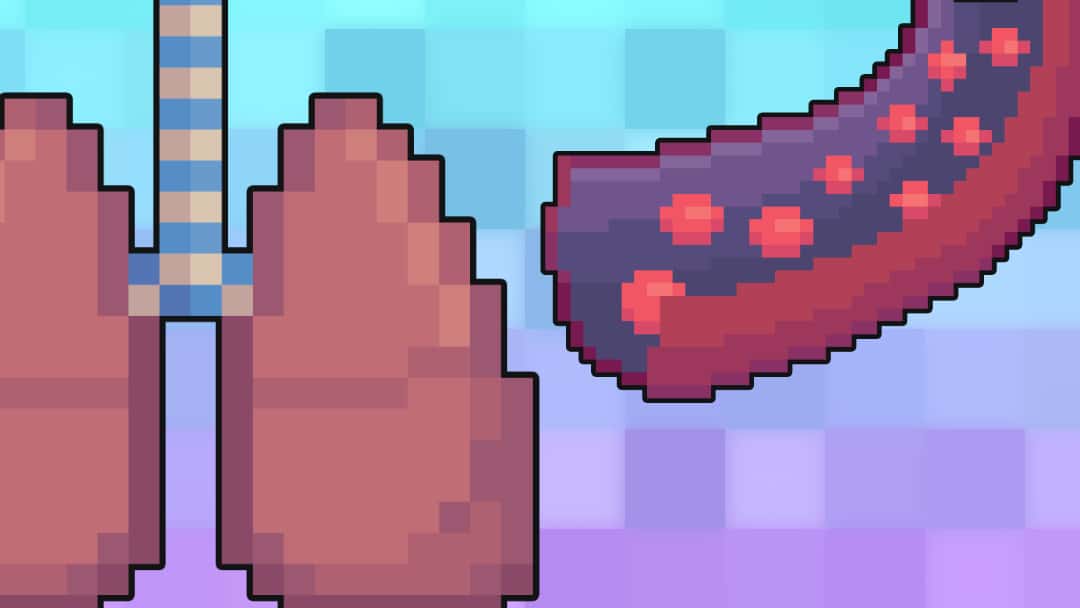 CO2 Transport in the Blood

This article provides an overview of the transport of carbon dioxide (CO2) in the blood including the three main methods of transport, the effect of oxygen on CO2 carriage and the impact of CO2 on the acid-base balance of the body.

CO2 is produced as a waste product of respiration within the mitochondria of cells.1 CO2 is then transported to the lungs for excretion via the three mechanisms discussed below.

CO2 is transported within the body in three forms: 2

Table 1. The three forms in which CO2 is transported and the relative percentage in arterial and venous blood respectively.

The majority of CO2 is transported via bicarbonate. CO2 diffuses down its concentration gradient out of tissues and into red blood cells (RBCs). Once inside the RBC, the enzyme carbonic anhydrase catalyses the conversion of CO2 into carbonic acid (H2CO3). Carbonic acid is then hydrolysed into H+ ions and HCO3– (bicarbonate). The H+ ion is bound by haemoglobin which buffers the process. The reverse occurs at the lungs where H+ dissociates from haemoglobin and combines with bicarbonate to form carbonic acid which is then converted back to CO2 and water. This reaction is again catalysed by carbonic anhydrase.

Chloride shift refers to the exchange of bicarbonate (HCO3−) and chloride (Cl−) across the membrane of red blood cells (RBCs). CO2 diffuses freely into RBCs but as HCO3– ions are charged they cannot easily cross the cell membrane to leave the RBC. As a result, a carrier protein is utilised to allow HCO3− to leave the RBC in exchange for chloride ions. This also allows the RBC to maintain its electroneutrality.

The Bohr effect is not strictly related to CO2 transport but is the reverse of the Haldane effect. The Bohr effect refers to the reduction in affinity of haemoglobin for oxygen in the presence of a reduction in pH or an increase in CO2. This phenomenon allows offloading of oxygen at the tissues where the pH is lower as CO2 is produced there. It also facilitates the uptake of oxygen at the lungs where the CO2 concentration is lower, and the pH is higher.

Effective CO2 transport is a crucial part of the maintenance of the body’s acid-base balance. A build-up of CO2 leads to respiratory acidosis as the body’s compensatory buffer mechanisms are overwhelmed and excess CO2 causes an accumulation of H+ ions. Respiratory acidosis is caused by either increased production of CO2 or a failure of CO2 elimination.

Increased production can be caused by hypercatabolic disorders such as pheochromocytoma or malignant hyperthermia.

Failure of elimination is caused by inadequate alveolar ventilation which can be caused by a range of pathology including neuromuscular disorders, opiate overdose or central respiratory depression as seen in COPD.