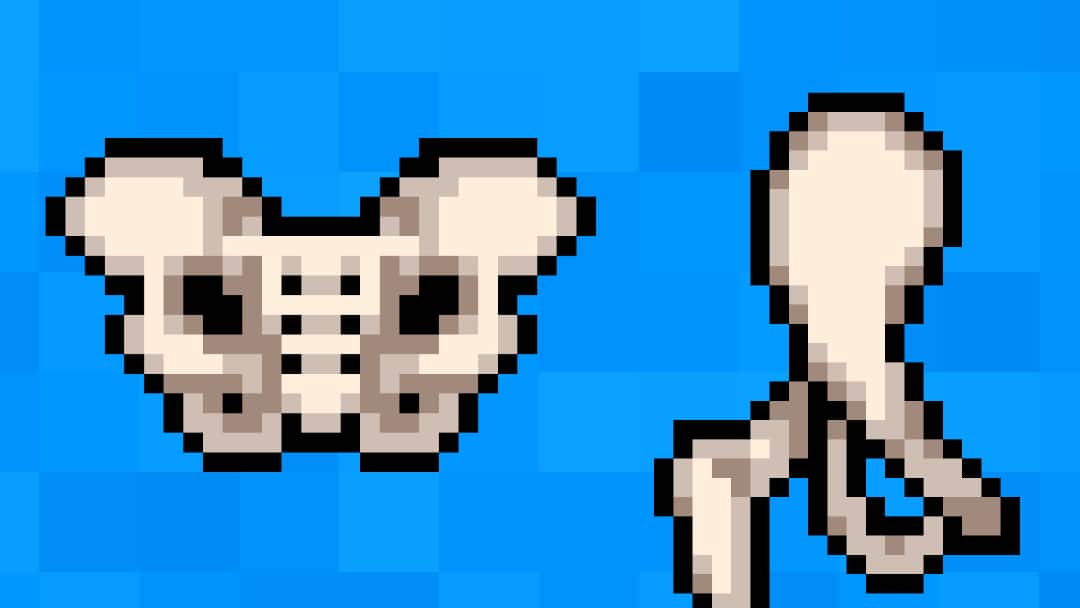 The aim of Trendelenburg’s test is to assess the strength of the hip abductors, specifically the gluteus medius and minimus.1

The test is named after Friedrich Trendelenburg, who described the test in 1895.

The hip abductors which are assessed with Trendelenburg’s test are shown in the table below.

The gait cycle is the sequence of events between the time one foot touches the ground and the time the same foot returns to the same position. Events of the gait cycle include heel strike; foot flat; push off (heel off + toe-off) and the stance and swing phases.1

If the hip abductors aren’t strong enough, or there’s pain inhibition, the patient can’t counterbalance the weight of the upper body on the affected limb. As a result, the pelvis will sag towards the floor while standing on the affected limb, as opposed to being lifted.

When would you perform Trendelenburg’s test?

When a patient complains of a limp, or hip pain or as part of a normal physical examination assessing gait.

How to perform Trendelenburg’s test

If the patient is comfortable to stand alone, stand behind the patient. Alternatively stand in front of the patient, with their forearms positioned on yours to support them.

Ask the patient to lift each foot in turn off the ground.

When the patient lifts their right foot, the left hip abductors are being tested.

When the patient lifts their left foot, the right hip abductors are being tested.

Position your hands on the patient’s iliac crests (make sure to clearly explain each of the steps and gain consent prior to doing this).

Observe carefully if the hip on the unsupported side lifts or droops.

If the patient is using your arms for support, you will feel them pressing down on one of your arms if their hip abductors are unable to support their weight.

Abductors should be sufficiently strong to keep the pelvis level during a single leg stance, but it is normal to see a slight elevation of the pelvis on the unsupported site (this is due to the abductor muscles contracting – see Figure 1).3

A positive Trendelenburg’s sign (pathological) involves sagging of the pelvis on the unsupported side due to the abductor muscles failing to stabilise the hip towards the weight-bearing femur (see Figure 2).

It occurs as a result of compensatory mechanisms due to the drooping pelvis.3

Imagine a chair…when you remove a leg what happens? The chair will normally fall towards the side that had the leg removed. The human body is the same, the centre of gravity passes midway through the body and through the pubic symphysis.

When standing on one leg, the centre of gravity, much like the chair, shifts to the unsupported leg.

We don’t fall because the hip abductors pull the pelvis towards the femur of the weight-bearing leg.

Lever mechanics of the hip joint

The operation of most skeletal muscles involves leverage – using a lever to move an object.

A lever is a rigid bar that moves on a fixed point called the fulcrum when a force is applied to it.

In the human body, the joints are fulcrums, and the bones act as levers.

Forces can be exerted across levers in the form of load and effort.

Muscle contraction provides the effort that is applied at the muscle’s insertion point on the bone.

The load is the bone itself, along with the overlying tissues.

There are 3 types of levers and they differ depending on where the fulcrum, load and effort are positioned relative to each other.6

The hip, in this case, is a class 3 lever. This means that the effort (force exerted by hip abductors) is positioned between the fulcrum (hip joint) and the load (upper body weight), across a lever (the neck of the femur) – see Figure 3.

In order to keep the structure absolutely level, the forces of effort and load applied across their distances from the fulcrum must be balanced and cancel each other out (Figure 4).

Any problems that affect the hip can cause a positive Trendelenburg’s sign (Figure 6). As upper body weight cannot be changed or affected, this leaves conditions affecting the hip joint or femur (skeletal abnormalities) and hip abductors (neuromuscular abnormalities).8

Examples of skeletal abnormalities which can result in Trendelenburg’s sign:7,8,9

Examples of neuromuscular abnormalities which can result in Trendelenburg’s sign:7,8,9

Limitations of the test

A positive Trendelenburg’s sign may be concealed in early stages of osteonecrosis and pelvic drop can occur in healthy individuals with normal hip abductor mechanism but inadequate function.8

False positives can occur with lack of understanding/compliance, significant hip pain, and scoliosis (the costal margin may impinge on the iliac crest).

False negatives may occur when patients compensate by shifting their torso (and centre of gravity) over the weight-bearing hip, so be vigilant for upper body movements.9

The goal is to identify the underlying cause of the abnormal gait. A thorough history and clinical examination are essential before further investigations are considered.

It is useful to be able to differentiate Trendelenburg gait from other common gait patterns including:3,4