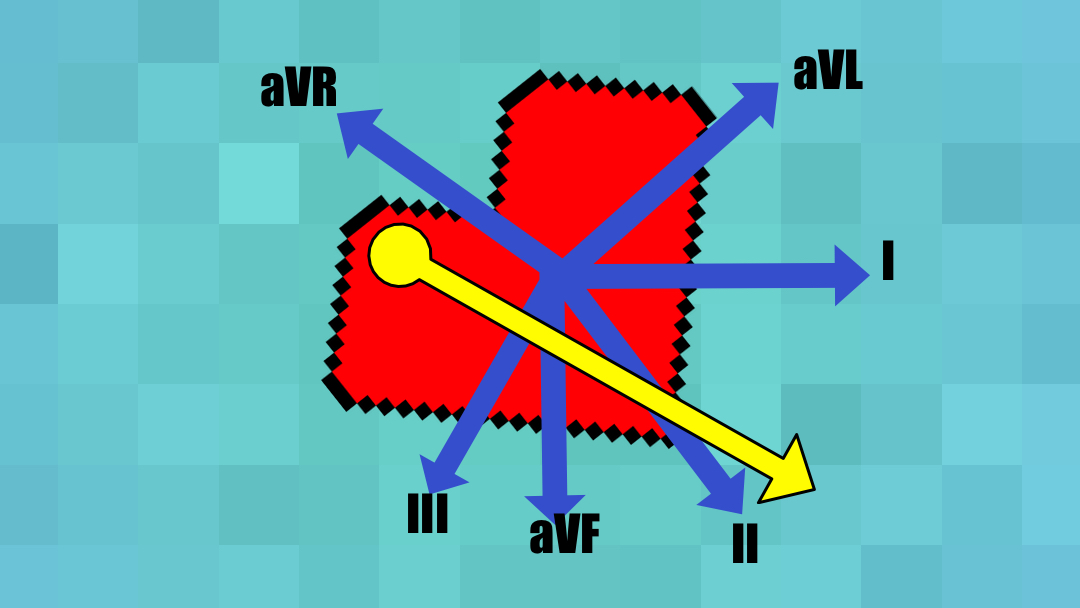 What is Cardiac Axis?

What is cardiac axis?

The electrical activity of the heart starts at the sinoatrial node then spreads to the atrioventricular (AV) node.

It then spreads down the bundle of His and then Purkinje fibres to cause ventricular contraction.

Whenever the direction of electrical activity is towards a lead you get a positive deflection in that lead.

Whenever the direction of electrical activity is away from a lead you get a negative deflection in that lead.

Cardiac axis gives us an idea of the overall direction of electrical activity.

You may also be interested in our ECG flashcard deck which can be purchased as part of our collection of 2000+ OSCE flashcards.

In healthy individuals, you would expect the axis to lie between -30° and +90º.

You would expect to see the most negative deflection in aVR. This is due to aVR looking at the heart in the opposite direction.

Right axis deviation (RAD) involves the direction of depolarisation being distorted to the right (between +90º and +180º).

RAD is commonly associated with conditions such as pulmonary hypertension, as they cause right ventricular hypertrophy. RAD can, however, be a normal finding in very tall individuals.

Left axis deviation (LAD) involves the direction of depolarisation being distorted to the left (between -30° and -90°).