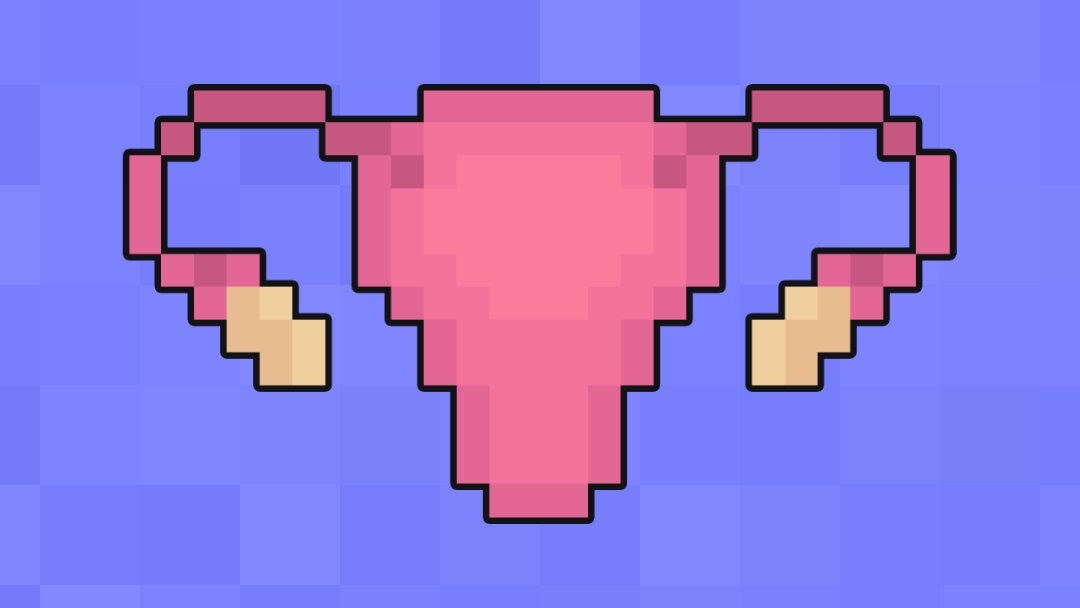 Anatomy of the Uterus

The uterus is a female secondary sex organ located within the pelvis. This short article describes the normal anatomy of the uterus and will focus on definitions, structure, location, supporting ligaments, blood supply and innervation. The function of the uterine cervix during pregnancy is described at the end of the article. Check out the attached video to see uterine anatomy in 3D and to hear about the important relationships between uterine vasculature and the ureter for hysterectomy and ovariectomy.

The uterus is a fibromuscular organ that is responsible for protecting and nurturing the developing conceptus. It is described as having two distinct parts: a muscular uterine corpus and a more fibrous uterine cervix. Definitions are important here, as it is easy to assume that the cervix is an entirely separate organ. Associated structures include the vagina, uterine (Fallopian) tubes and ovaries. Whilst not described in this article in great detail, tubal and vaginal anatomy are briefly described in the video associated with this page.

Structure of the Uterus

The corpus is the proximal muscular portion of the uterus. It is described as having 3 layers: the inner endometrium, the middle myometrium and the outer perimetrium.

The corpus is also described as having a fundus (proximal), body (middle) and an isthmus (distal; Figure 1).

The cervix is the distal fibrous portion of the uterus. Two anatomical regions that lie above and below the vaginal reflection are described: the portio supravaginalis and portio vaginalis, respectively. The portio vaginalis projects into the anterior aspect of the vagina forming the vaginal fornices at the margin of the cervix (this relationship is especially important for culdocentesis, a procedure whereby peritoneal fluid is obtained via the pouch of Douglas.) The central cervical canal runs from the internal os to the external os (Figure 2).

The non-pregnant uterus is located within the ‘true/lesser pelvis’ (i.e. below the pelvic brim), posterior (and superior) to the bladder and directly anterior to the rectum (Figure 3). The uterine corpus usually arches forward over the superior surface of the bladder, creating an angle of anteflexion between the corpus and the internal os. The projection of the cervix into the upper vagina creates an angle of anteversion between the two structures as well. Separating the bladder from the upper portion of the cervix is the perimetrium, which is reflected onto the base of the bladder forming the vesicouterine pouch. Posteriorly, the rectouterine pouch (of Douglas) is formed as a result of the peritoneal reflection from the cervix inferiorly to the posterior vaginal fornix and onto the rectum. Excess peritoneal fluid may collect in the rectouterine pouch as it is the most inferior ‘space’ within the female abdominopelvic cavity, such as in the case of suspected ruptured ovarian cyst or ectopic pregnancy. This excess fluid can be drained by culdocentesis.

There are several key supporting ligaments of the uterus. They are described further below.

The broad ligament is formed by the overlying peritoneum ‘draping’ over the uterus and associated structures. It is further subdivided into the mesometrium, mesovarium and mesosalpinx (described in the attached video).

The round ligament is a cord-like structure that extends from the corpus to the labia majora, via the inguinal canal. It is an extension of the ovarian ligament that passes from the ovary to the uterine corpus. Both of these ligaments are derivatives of the embryonic gubernaculum that extended from the gonads to the labia majora (females) or scrotum (males). The function of the round ligament may be to assist in maintaining the anteflexed position of the uterus.

The uterosacral ligaments pass from the posterior and lateral supravaginal portions of the cervix to the middle three sacral vertebrae,4 though other attachments include levator ani, coccygeus and obturator internus.5 The ligament is thought to facilitate the passing of nerves to the pelvic viscera. However, it is likely to have limited supportive value, other than to maintain the natural anteverted position of the uterus.6,7

The Cervix and Pregnancy

From conception, the functions of the cervix are to retain and protect the growing conceptus.  However, towards term, the cervix must soften, shorten and dilate to allow for the passage of the foetus. If the cervix is structurally weak, it may open too early and lead to preterm birth. It is not known why this sometimes happens and it is especially difficult to determine if a woman has a weak cervix. A current method of identifying whether pregnant women might have cervical weakness is via transvaginal ultrasound. Clinicians are able to assess cervical length (a short cervix is associated with preterm birth) and degree of funnelling (degree of which the internal cervical os has dilated). The images below are transvaginal ultrasound scans showing a closed internal os (Figure 5A) and cervical funnelling (Figure 5B).