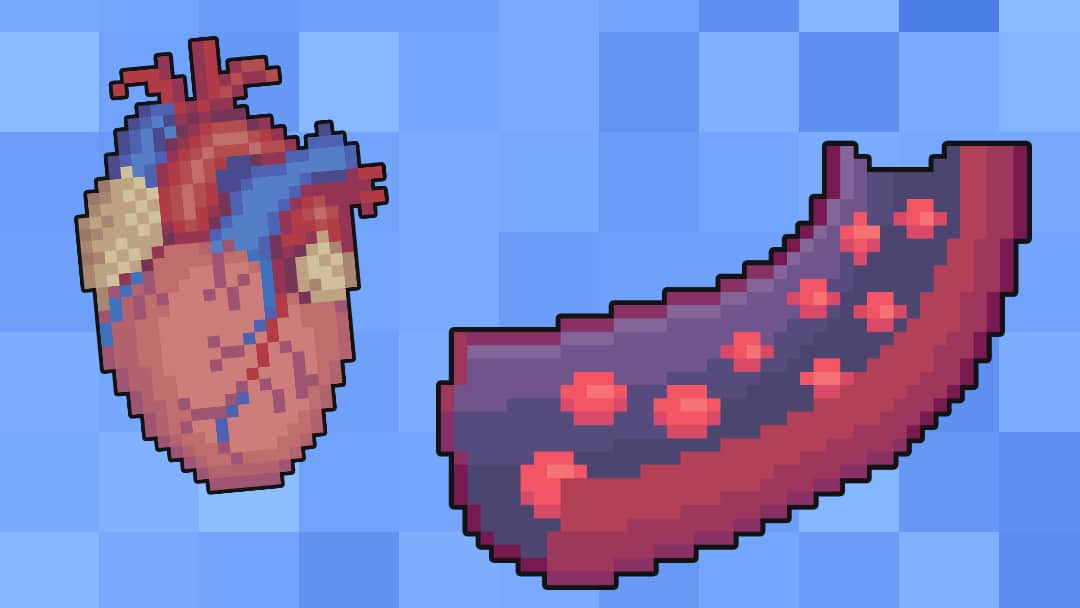 This guide provides an overview of jugular venous pressure (JVP) including background physiology, how the JVP should be assessed, causes of a raised JVP and the JVP waveform.

Jugular venous pressure (JVP) provides an indirect measure of central venous pressure. This is possible because the internal jugular vein (IJV) connects to the right atrium without any intervening valves, resulting in a continuous column of blood. The presence of this continuous column of blood means that changes in right atrial pressure are reflected in the IJV (e.g. raised right atrial pressure results in distension of the IJV).

Because of the inability to easily visualise the IJV, it’s tempting to use the external jugular vein (EJV) as a proxy for assessment of central venous pressure during clinical assessment. However, because the EJV typically branches at a right angle from the subclavian vein (unlike the IJV which sits in a straight line above the right atrium) it is a less reliable indicator of central venous pressure.

Why do we assess the JVP?

Assessment of the JVP can provide insight into the patient’s fluid status and central venous pressure. If a patient is hypervolaemic the JVP will appear raised due to increased venous pressure within the right atrium causing a higher than normal column of blood within the IJV.

When trying to identify the venous pulsation associated with the JVP, it’s important to distinguish it from the arterial pulsation of the nearby carotid artery.

How do we assess the JVP?

Assessment of the JVP

1. Position the patient in a semi-recumbent position (at 45°).

2. Ask the patient to turn their head slightly to the left.

3. Inspect for evidence of the IJV, running between the medial end of the clavicle and the ear lobe, under the medial aspect of the sternocleidomastoid (it may be visible just above the clavicle between the sternal and clavicular heads of the sternocleidomastoid). The IJV has a double waveform pulsation, which helps to differentiate it from the pulsation of the external carotid artery.

4. Measure the JVP by assessing the vertical distance between the sternal angle and the top of the pulsation point of the IJV (in healthy individuals, this should be no greater than 3cm).

The hepatojugular reflux test involves the application of pressure to the liver whilst observing for a sustained rise in JVP. This test can be used to further assess the JVP, particularly if you are unsure if the vessel you are observing is the internal jugular vein.

To be able to perform the test, there should be at least a 3cm distance from the upper margin of the baseline JVP to the angle of the mandible:

Causes of a raised JVP

The JVP has its own waveform which consists of 5 parts:

The C wave is caused by the forceful contraction of the right ventricle which ejects blood out of the heart into the pulmonary artery. As this occurs, the pressure within the right ventricle increases significantly, forcing the tricuspid valve upwards so much so that it projects partially into the right atrium. This sudden projection of the tricuspid valve into the right atrium generates upwards force which is transmitted into the SVC and ultimately the IJV, causing a temporary rise in the JVP referred to as the C wave.

The second part of the X descent occurs during the final phase of right ventricular contraction. When the ventricle reaches its most contracted state, it is physically much smaller than when in its relaxed state, resulting in the creation of extra space within the pericardium. This extra space within the pericardium allows the right atrium to expand and begin filling with blood. This initial phase of atrial filling results in a drop in venous pressure within the SVC and IVC, producing the second part of the X descent.