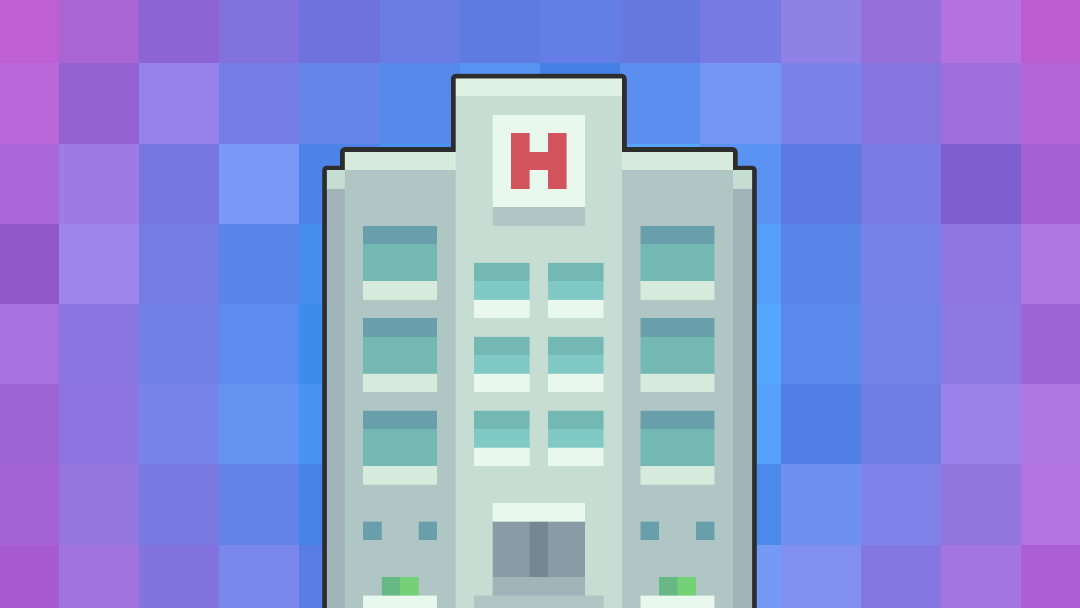 If you'd like to support us and get something great in return, check out our PDF OSCE Checklist Booklet containing over 100 OSCE checklists in PDF format.

A brief history of pacing

The concept of dying from arrhythmias was first considered by Hippocrates was who quoted as saying:

This was refined over the years until Geronimo Mercuriale formulated the concept of syncope and related it to a slow pulse in the 1500s.

Electricity was first factored into the equation when a variety of physicians (Nickolev Abilgaard in 1775 and Alexander von Humboldt in 1797) applied electrodes to a variety of birds and probably performed the first cardioversions!

Catharina Serafin, an unskilled Prussian labourer, played a crucial role in the foundations of pacing. She had a left-sided chest wall tumour that had exposed her heart – Hugo von Ziemssen then used electrodes to stimulate and change her heart rate at will. What Catharina got out of the bargain is unclear…

Karl Wenkebach described the heart block that now bears his name in 1899 (before the ECG was invented – he traced the jugular venous pulsation and radial artery pulse simultaneously) and John Hay identified type II second degree AV block in 1906 by similar means. Woldemar Mobitz then stole the glory by matching these to ECG findings and the Mobitz criteria was born.

Pacemakers were first used in the 1950s and were large, bulky external devices run off mains electricity. Earl Bakken (co-founder of Medtronic) began the process of miniaturisation when has subsequently led to the implantable devices of today

Constituent parts of a pacemaker

The generator is a physical box filled with electronics that allow the pacemaker to generate its impulses and function.

Leads come in two varieties – active or passive. Active leads come equipped with small screws which are used to secure them into the myocardium and increase stability. However, in older people, this increases the risk of perforation – passive leads do not have a screw on the end and are wedged into the trabeculae in the right ventricle (they are therefore more likely to displace).

How do you implant a pacemaker?

Pacemakers are implanted under local anaesthetic in the subclavian region on either the left or the right side (depending on whether the patient is left or right-handed to avoid the dominant hand). The leads are placed via the cephalic vein (located into the deltopectoral groove under direct vision) or the subclavian vein (located by blind puncture under the clavicle where it crosses the first rib with an associated risk of pneumothorax during implantation).

The location of the incision and pre-pectoral pocket (made in the fascial plane between the subcutaneous fat and the pectoral muscle) depends on the approach being taken – see below.

This is the typical incision made for a planned subclavian approach parallel to the clavicle (drawn in black).

This is the typical incision for a planned cephalic approach in the deltopectoral groove.

Placing the leads in the heart

Left ventricular pacing leads (see cardiac resynchronization therapy section) are placed into the coronary sinus veins around the exterior of the heart to pace the left ventricle. Leads are tested before being sewn in and connected to the generator which is then implanted in the pre-pectoral pocket.

How does a pacemaker work?

The majority of pacemakers are DEMAND pacemakers. This means that they only pace ON DEMAND (e.g. when the heart rate is less than 60). To achieve this, the pacemaker has two functions – PACE or INHIBIT.

Let’s take a pacemaker with a single ventricular lead and run through a cardiac cycle:

As you can see, this means that the pacing spikes on an ECG can be intermittent or absent if the patient’s heart rate is above the threshold for demand pacing.

THIS DOES NOT MEAN THE PACEMAKER IS BROKEN!

How many leads do you need?

Pacemaker implants usually have one, two or three leads.

NOTE – pacemakers can sense when patients with paroxysmal AF go back and forth and can change mode accordingly turning the A lead on and off (MODE SWITCHING). These patients intermittently have organised atrial contraction and as such benefit from both an atrial and ventricular lead.

Some patients with sinoatrial node disease but excellent AV node conduction (i.e. young patients) have an atrial pacemaker that ONLY HAS an atrial lead. However, older patients who are more likely to have or develop an AV node block will benefit in the long term from a dual-chamber implant.

The chest radiographs below shows the typical appearance of pacemaker leads:

An implantable cardioverter-defibrillator (ICD) is a device used to treat abnormal cardiac rhythms or placed as a prophylactic measure in patients who are at risk of such rhythms.

Implanted in the same fashion as a demand pacemaker, the ventricular lead has two defibrillator coils which can be seen on an X-ray (see below – arrows mark the coils) and can deliver internal defibrillation in response to VT or VF. They can also perform anti-tachycardia pacing in response to VT which is not immediately life-threatening to try and reduce the number of shocks – this involves pacing the ventricle for a short burst FASTER than the VT circuit, terminating the rhythm.

Most ICD’s select their therapy depending on pre-defined heart rate bands:

Whilst more modern devices can determine the underlying rhythm, patients with AF and a fast enough ventricular rate can receive inappropriate shocks as the device is triggered simply by the high ventricular rate. These events can have a significant psychological impact – patients describe an ICD discharge as like being ‘kicked by a horse’ and it is unlikely the internal cardioversion will terminate the rhythm resulting in multiple shocks. Also, as fast AF is usually haemodynamically tolerated, patients are conscious throughout. Some patients can also develop VT or VF which does not terminate despite appropriate therapies or rapidly recurs. This can result in multiple shocks and is called a VT/VF storm.

Indications for insertion of an ICD

NICE guidance classifies patients who are candidates for ICD insertion with primary or secondary prevention indications. 5

Those who have HAD a serious ventricular arrhythmia without a treatable cause:

An important feature of this category is the ‘without a treatable cause’ caveat. A lot of patients with ST-elevation MI’s will present with VT or VF – however, this is clearly a treatable cause and opening the occluded artery will terminate the arrhythmia. Similarly, VT due to electrolyte abnormalities will cease when they are corrected. These people do not need ICD’s unless the arrhythmia persists after the cause is corrected.

Those who are AT RISK of serious ventricular arrhythmia:

In patients with LV dysfunction and a broad QRS complex (> 120ms), the walls of the ventricle can become uncoordinated or dyssynchronous.

Normally, the Purkinje fibres rapidly conduct the atrial impulses to both ventricles simultaneously and everything contracts in a coordinated synchronous fashion. When a bundle branch is blocked, conduction heads down the functioning bundle to the corresponding ventricle, then slowly propagates across the myocardium to the other ventricle causing dyssynchronous contraction.

This dyssynchrony can significantly impact on the efficiency of the heart and, in the setting of LV dysfunction, can make heart failure symptoms significantly worse. To correct this, cardiac resynchronization therapy was devised to pace the left AND right ventricles together in response to atrial contraction to return the heart to as close to normal physiology as possible. This is done by passing a third pacing lead into the coronary sinus and lodging it into a small cardiac vein (see the X-ray below for an example of a CRT-D device – the defibrillator coils can be seen on the ventricular leads).

This refers to the use of a pacemaker to treat atrial fibrillation with either an uncontrollable rate (whether due to intolerance of medication or simply because maximal doses of rate-limiting medication are not working) or uncontrollable palpitation symptoms.

A pacemaker is inserted and the AV node is ablated leaving the patient dependent on the paced rhythm. This alleviates the vast majority of palpitation symptoms patients feel but does mean that the patient will require a pacemaker for the rest of their life.

If the patient is 80, this means they may need one box change during their life (with the associated risk of infection) which is an acceptable risk for the benefits. However, if the patient is 30, they will need 6-8 box changes, meaning a significant amount of risk is involved with this management option.

Patients who have LV dysfunction and uncontrolled AF should receive a CRT device (to maintain physiological heart function) and then undergo AV node ablation leaving them pacing dependent, but with synchronous contraction.

Pacemakers alone can only deal with bradyarrhythmias. In patients who have tachycardia and, in the course of treating this rhythm, encounter problems with bradycardias (e.g. paroxysmal AF requiring large doses of beta-blockade to control the fast AF with secondary cardioversion to symptomatic bradycardia or heart block).

In this situation, the pacemaker is used as a safety measure to prevent bradycardias allowing you to use the large doses of rate-limiting medication required to control the tachycardia.

Pacemaker generators are one of the most reliable medical devices in existence. However, there are several problems that can occur following implantation of a permanent pacing system

Infected pacemakers must be removed. This includes infected pacemaker pockets or endocarditis affecting pacemaker leads. Any break in the skin over the pacemaker which reveals the metal underneath is also an indication for extraction.

This is a bit of a whirlwind guide to the world of pacemakers and pacing – however, I hope it gives an insight into these devices and some confidence in dealing with patients who may have pacemakers in situ.

We’re looking for a Dental Editor 🦷