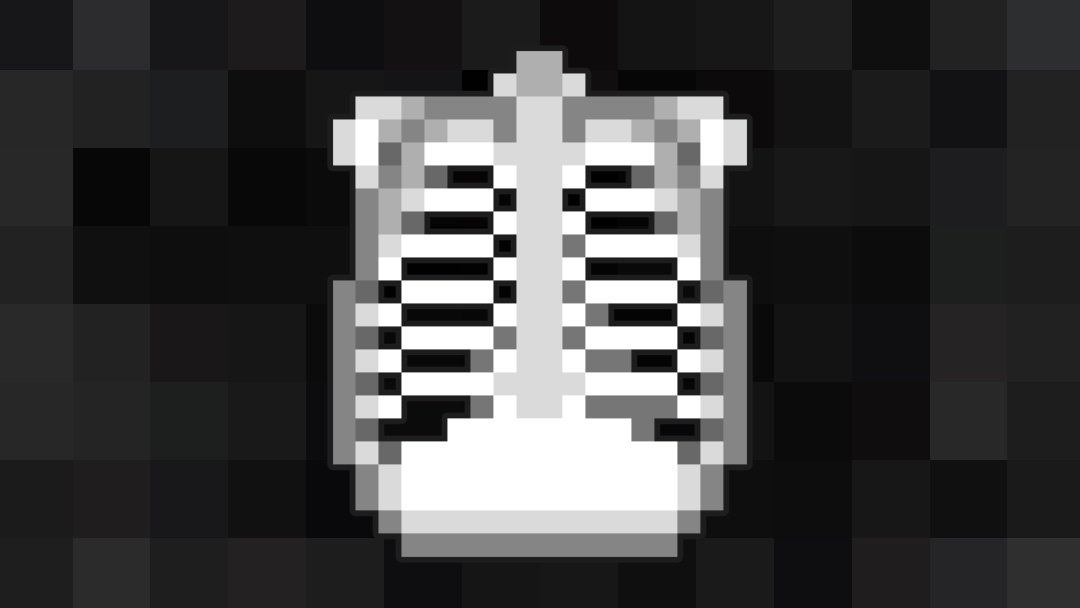 This guide provides a structured approach to chest X-ray interpretation and includes examples of relevant pathology.

You may also be interested in our chest X-ray documentation guide.

Next, you should assess the quality of the image: a mnemonic you may find useful is ‘RIPE’.

The medial aspect of each clavicle should be equidistant from the spinous processes.

The spinous processes should also be in vertically orientated against the vertebral bodies.

The 5-6 anterior ribs, lung apices, both costophrenic angles and the lateral rib edges should be visible.

Note if the film is AP or PA: if there is no label, then assume it’s a PA film (if the scapulae are not projected within the chest, it’s PA).

The ABCDE approach can be used to carry out a structured interpretation of a chest X-ray:

Inspect the trachea for evidence of deviation:

The carina is cartilage situated at the point at which the trachea divides into the left and right main bronchus.

On appropriately exposed chest X-ray, this division should be clearly visible. The carina is an important landmark when assessing nasogastric (NG) tube placement, as the NG tube should bisect the carina if it is correctly placed in the gastrointestinal tract.

Depending on the quality of the chest X-ray you may be able to see the main bronchi branching into further subdivisions of bronchi.

The hilar consist of the main pulmonary vasculature and the major bronchi.

Each hilar also has a collection of lymph nodes which aren’t usually visible in healthy individuals.

The left hilum is often positioned slightly higher than the right, but there is a wide degree of variability between individuals.

The hilar are usually the same size, so asymmetry should raise suspicion of pathology.

The hilar point is also a very important landmark; anatomically it is where the descending pulmonary artery intersects the superior pulmonary vein. When this is lost, consider the possibility of a lesion here (e.g. lung tumour or enlarged lymph nodes).

Hilar enlargement can be caused by a number of different pathologies:

Abnormal hilar position can also be due to a range of different pathologies. You should inspect for evidence of the hilar being pushed (e.g. by an enlarging soft tissue mass) or pulled (e.g. lobar collapse).

Inspect the lungs for abnormalities:

Inspect the pleura for abnormalities:

A tension pneumothorax is a life-threatening condition which involves an increasing amount of air being trapped within the pleural cavity displacing (pushing away) mediastinal structures (e.g. the trachea) and impairing cardiac function.

If a tension pneumothorax is suspected clinically (shortness of breath and tracheal deviation) then immediate intervention should be performed without waiting for imaging as this condition will result in death if left untreated.

In a healthy individual, the heart should occupy no more than 50% of the thoracic width (e.g. a cardiothoracic ratio of less than 0.5).

This rule only applies to PA chest X-rays (as AP films exaggerate heart size), so you should not draw any conclusions about heart size from an AP film.

Cardiomegaly is said to be present if the heart occupies more than 50% of the thoracic width on a PA chest X-ray. Cardiomegaly can develop for a wide variety of reasons including valvular heart disease, cardiomyopathy, pulmonary hypertension and pericardial effusion.

Inspect the borders of the heart which should be well defined in healthy individuals:

The heart borders may become difficult to distinguish from the lung fields as a result of pathology which increases the opacity of overlying lung tissue:

The right hemidiaphragm is, in most cases, higher than the left in healthy individuals (due to the presence of the liver). The stomach underlies the left hemidiaphragm and is best identified by the gastric bubble located within it.

The diaphragm should be indistinguishable from the underlying liver in healthy individuals on an erect chest X-ray, however, if free gas is present (often as a result of bowel perforation), air accumulates under the diaphragm causing it to lift and become visibly separate from the liver. If you see free gas under the diaphragm you should seek urgent senior review, as further imaging (e.g. CT abdomen) will likely be required to identify the source of free gas.

There are some conditions which can result in the false impression of free gas under the diaphragm, known as pseudo-pneumoperitoneum, including Chilaiditi syndrome. Chilaiditi syndrome involves the abnormal position of the colon between the liver and the diaphragm resulting in the appearance of free gas under the diaphragm (because the bowel wall and diaphragm become indistinguishable due to their proximity). As a junior doctor, you should always discuss a scan that appears to show free gas with a senior colleague immediately.

The costophrenic angles are formed from the dome of each hemidiaphragm and the lateral chest wall.

In a healthy individual, the costophrenic angles should be clearly visible on a normal chest X-ray as a well defined acute angle.

Loss of this acute angle, sometimes referred to as costophrenic blunting, can indicate the presence of fluid or consolidation in the area. Costophrenic blunting can also develop secondary to lung hyperinflation as a result of diaphragmatic flattening and subsequent loss of the acute angle (e.g. chronic obstructive pulmonary disease).

The mediastinum contains the heart, great vessels, lymphoid tissue and a number of potential spaces where pathology can develop. The exact boundaries of the mediastinum aren’t particularly visible on a chest X-ray, however, there are some important structures that you should assess.

The aortopulmonary window is a space located between the arch of the aorta and the pulmonary arteries. This space can be lost as a result of mediastinal lymphadenopathy (e.g. malignancy).

Various tubes and cables will be visible as radio-opaque lines on the chest X-ray (e.g. central line, ECG cables).

Artificial heart valves typically appear as ring-shaped structures on a chest X-ray within the region of the heart (e.g. aortic valve replacement).

Pacemakers typically appear as a radio-opaque disc or oval in the infraclavicular region connected to pacemaker wires which are positioned within the heart.

Finally, before completing your assessment of a chest X-ray, make sure you’ve looked at the ‘review areas’ where pathology is often missed. These areas include:

This ensures you’ve comprehensively assessed the X-ray and reduces the risk of missing subtle pathology (e.g. a small nodule).