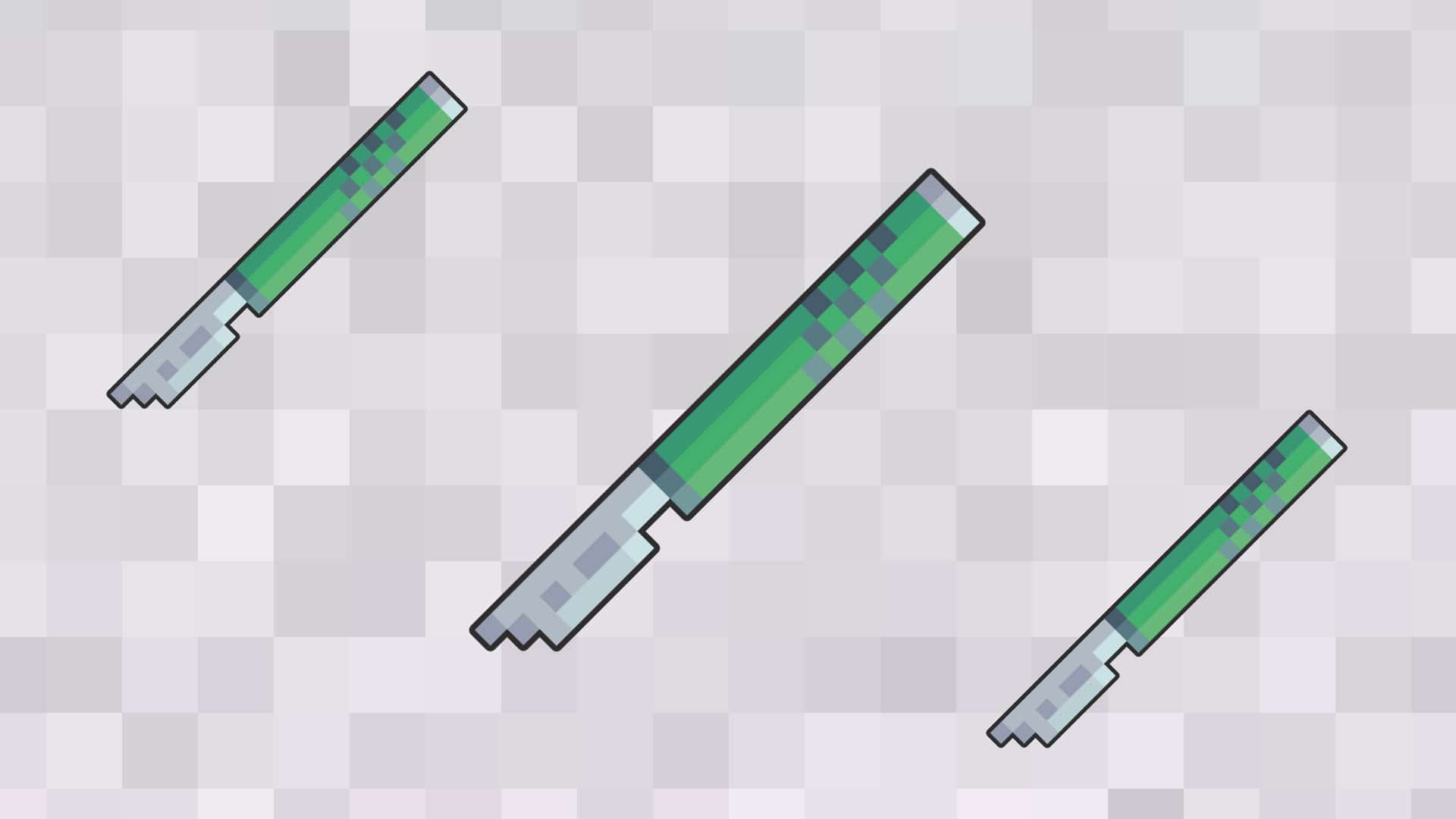 Medical students and foundation doctors are notorious for not knowing how to behave in the operating theatre. This is typically because no one tells you how it all works, what to expect and what to do. Operating theatres are incredibly complex working environments with various invisible etiquette rules that you are expected to assumingly know. Inevitably, this leads to students and junior doctors getting very little out of their often-limited theatre exposure, and as a result, being left deeply uninspired by surgery as a speciality. A skill that will massively enhance your experience in theatre is having an awareness of the names and functions of the different surgical instruments. This will enable you to better understand interactions among the surgical staff and make you a much more competent assistant.

As with every medical procedure, specific equipment is required for each surgical operation. Some equipment is reusable (most instruments fall into this category), whilst other equipment is single-use only. With few exceptions, all equipment used in operations is sterile and so will be packed, therefore it must only be touched by those who are scrubbed. Common examples of ‘disposables’ you will see in theatre are cutting-staplers, ‘energy devices’, drains and swabs – which we will discuss later.

There is an enormous number of surgical instruments out there, with many used infrequently in specialist operations. This guide will discuss the instruments you are likely to encounter in ‘open’ general surgical procedures. Though not covered in this article, there are also specific instruments for laparoscopic ‘keyhole’ surgery or robot-driven operations. In basic terms, many of these can be thought of as miniaturised versions of ‘open’ surgery instruments on the end of long handles.

There are a couple of “basic” sets containing the most commonly used instruments, which may be all that is required for something simple (e.g. the excision of a mole). Depending on the operation, surgical staff may also use other trays containing more specialised instruments (e.g. laparotomy set, rectal set, vascular set).

Before we get started, here is the most important learning point for this article: no matter how confident you may feel about your knowledge of surgical instruments and procedures, never mess with the scrub nurses’ tables or trays. Depending on which nurse you are scrubbed with, this could lead to anything from a polite word in your ear to a slap on the wrist or even being told to de-scrub. This rule is part of general theatre etiquette but is also of paramount importance because the nurses need to keep track of all the instruments for their final “count” to ensure that no instruments remain unaccounted for. In most cases, if you would like to use something from the tray, it is good practice to ask the scrub nurse to pass it to you rather than grabbing it yourself.

This guide is designed to help give you a basic grounding in how to identify surgical instruments, but you will soon realise that the world of surgery is anything but standardised! It is likely that individual hospitals, scrub teams and surgeons will have different names for the same pieces of kit. That being said, instruments can be categorised by their utility (or rather, what you use them for). Instruments may be used for manipulation, retraction, cutting, suturing, suction and other purposes.

As you hold and interact with objects in your hands, a surgeon may use the following instruments to interact, dissect and handle tissues or needles within the surgical field (the bit being operated on).

Also known as dissectors, pick-ups, grabbers and thumb forceps. This is one of the instruments you are most likely to be familiar with. Dissecting forceps look like a large pair of tweezers and generally vary in size and shape (Figure 1). Forceps are used to grasp and manipulate tissue as well as equipment such as needles or swabs. You would use them as you would use your finger and thumb. Importantly, the tip of the forceps can be non-toothed (atraumatic) or toothed (traumatic). The most commonly used non-toothed forceps are given the eponymous name ‘Debakey’s’.

Resembling a pair of scissors but instead of two blade-like parts, two arms which meet to press together instead of cut (Figure 2). The size and shape of the arms, as well as the shape of the surfaces which meet vary dependent upon the type of hinged-forceps. This design is common amongst many instruments, for example, needle holders (for suturing, see below) and artery forceps (for vessel ligation).

Tissue clamps (Figure 3) have a similar design to hinged-forceps and are used to block or occlude blood vessels or other luminal tissues (such as bowel). Depending on their use, clamps can be atraumatic (e.g. for use on bowel), designed to crush tissue, or have features specific to them so they don’t slip (e.g. for vessel occlusion).

Long, slender and uncomplicated instruments, probes also vary in size and the functional ends (Figure 4). Generally, probes are used for exploring or examining anatomy as well as fistulae or sinus tracts.

To improve the view of the surgical field by tissue or organs out of the way the following instruments may be used.

Simple, versatile instruments which need to be held and manipulated by an assistant. They have three main parts: a handle which goes in the assistant’s hand, a blade which goes into the patient and a shaft in-between (Figure 5). The blades come in many different shapes, including hooks, teeth, right angles and curves.

Varying significantly in design from simple hinged ratchet’s to complex operating-table-mounted frames, self-retaining retractors hold themselves in place after they have been positioned and applied (Figure 6). This is very useful, as it frees up the assistant’s hands to do other more exciting things, reduces muscle fatigue and allows the continuous provision of safe and stable levels of traction during longer procedures. The so-called ‘metallic SHO’.

To open up tissue, such as the skin during the beginning of an operation in the abdomen, and also to separate tissues apart during an operation.

Whilst it would be an almost incredible feat to have never used or seen scissors in your life up to now, there are many different types of surgical scissors. The majority look like simple metal scissors, though curved and angled scissors are also commonly used (Figure 7). As an assistant, it’s important to know that suture scissors are generally straight, and fine dissecting scissors have a slight curve at the tip. The surgical team won’t thank you for blunting the dissecting scissors on a thick suture material. Don’t forget that surgical scissors, and most instruments for that matter, are right-handed instruments.

The blades themselves come as disposables whilst scalpel handles are often within an instrument set, often called a ‘B.P. handle’ (Figure 8). They vary in size and how they are best held, so have a close look at how the surgeon holds the scalpel.

An energy device which is commonly used to cut through tissue, but has both cutting and coagulation properties. It works by a high-frequency electrical current which heats the tissue to which it is applied. The options for cutting or coagulation make different sounds when they are being deployed. The two main types of diathermy are bipolar and monopolar. Monopolar is probably used most commonly and requires a conduction pad to be applied to the patient to complete the electrical circuit. You might see this pad being placed before the patient is draped. Bipolar is often used for finer work and is commonly deployed with ‘bipolar forceps’ where the energy travels between the tips of the forceps to heat the tissue between them.

Suture material and different types of needles are covered in a separate article here. However, it is worth mentioning that needle holders are a specific type of hinged-forceps that are specifically designed to hold suture needles between their teeth (Figure 10). They are used for passing needles through tissue when suturing.

Suction is used to clear the surgical field by removing blood or other fluids. The suction tip is attached to a vacuum piping outside of the sterile field. There are many different shapes of suckers (small and fine-tipped, or large to prevent blockages) depending on the operation being performed (Figure 11).

Other ‘Google worthy’ instruments include:

Alongside instruments used for every operation, there are many single-use items. General examples of such items include swabs (single-use for infection control reasons) and haemoclips (or endoclips) which remain inside the patient (Figure 12).

Disposables generally fall into two categories; cheap and expensive. Cheap disposables include things such as swabs and pledgets (radio-opaque stitched gauze – of various sizes), haemoclips which can be used to hold vessels shut as an alternative to ties or sutures and dressings. Expensive disposables tend to be staplers or single-use surgical instruments, some of these instruments cost thousands of pounds (so definitely something to avoid dropping!).

For the majority of students, especially those who undertaking their first surgical placement, the information above will be more than enough to get you started. However, if you want to dive down the rabbit hole, please have a look at our eponymous instruments article.

Check out our general surgical instruments quiz to reinforce your learning.