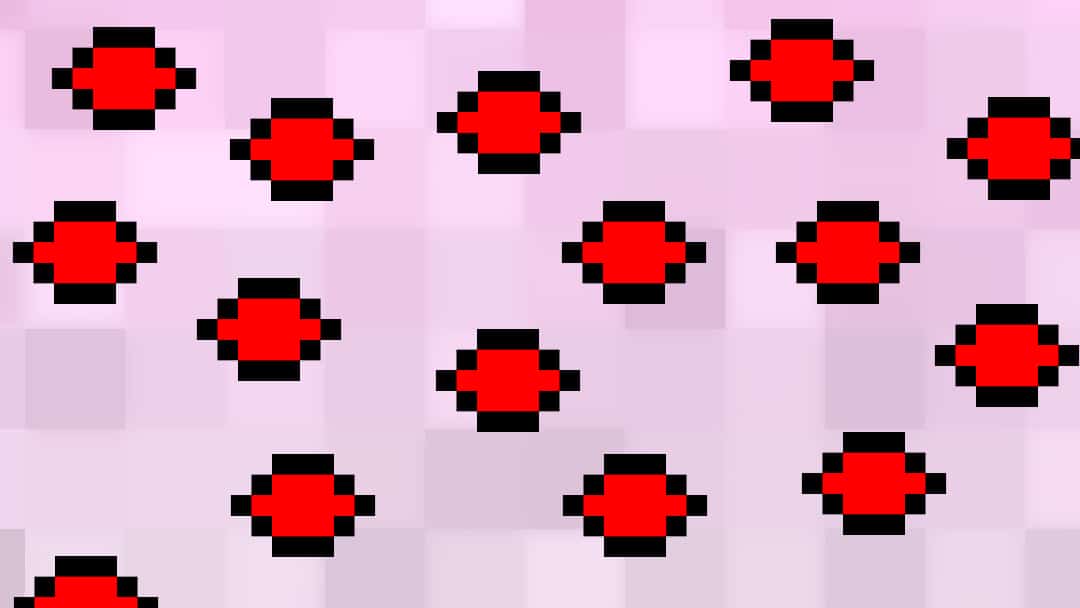 Haemophilia is a largely inherited bleeding disorder of variable severity.

There are two main types: haemophilia A, caused by a clotting factor VIII deficiency, and haemophilia B (also referred to as Christmas disease) which is caused by a factor IX deficiency. The deficiency can be quantitative or qualitative, meaning the factor can be inadequate in terms of quantity or function.

The severity of both diseases is generally dependent on the levels of factor VIII or IX. Laboratory factor levels are reported as a percentage of normal factor activity, with the normal range between 50 and 150%. This can also be converted into international units, where 100% factor activity is equal to 1.00 U/ml.

In the rare case of a female having a homozygous mutated factor gene, inherited from an affected father and a carrier mother, it has been observed that they can present with haemophilia symptoms.2

Occasionally, haemophilia can be acquired due to the formation of autoantibodies targeting factor VIII or IX, or as a result of malignancy.3

Haemostasis is the process of stopping bleeding and preventing further blood loss from a damaged blood vessel. It is a three-step process, triggered by damage to the blood vessel endothelium:

After the blood vessel constricts, which decreases pressure downstream, circulating platelets come into contact with the collagen of the broken vessel and become activated. Activated platelets start to plug the hole, and also release ADP and thromboxane A2, two chemicals that can activate other platelets in a positive feedback mechanism. This unstable and fragile platelet plug is named the primary plug.

There are two arms of this amplifying factor cascade, the intrinsic and extrinsic cascades, which both lead to activation of factor X. Activated factor X turns prothrombin into thrombin, which activates fibrinogen into fibrin (in addition to further stimulating the coagulation cascade). Fibrin filaments accumulate around and stabilise the primary platelet plug, forming the secondary plug.

Both factor VIII and IX are involved in the intrinsic cascade, which is initially triggered by the activation of thrombin and factor XII by platelets surrounding the vascular injury. If either one of these factors is deficient, this cascade works ineffectively, slowing the rate of secondary plug formation and risking blood loss through the fragile primary plug.

Haemophilia can present differently depending on patient age and disease severity.

On the other hand, mild haemophilia patients often do not realise they have the disease, and only present after a bleed following major trauma or surgery, or precipitated by drugs such as non-steroidal anti-inflammatories (NSAIDs) or aspirin.

Typical symptoms of haemophilia may include:

Other less common bleeding presentations include:

When taking a history, other important areas to cover include:

The haemostatic and fibrinolytic systems within the body normally counteract each other to maintain balance. Several medical conditions can result in loss of this balance, resulting in excessive bleeding.

Common differential diagnoses for haemophilia include:

Platelet disorders can also present similarly to haemophilia, although platelet deficiencies typically cause petechial haemorrhages and ecchymoses (bruising) rather than the haematomas and haemarthroses which are more characteristic of clotting factor deficiencies.

Iatrogenic causes of spontaneous or prolonged bleeding are also a possibility in patients being treated with anticoagulants or antiplatelets.

It is important to carry out a full blood count (FBC) and extended clotting screen in any patient presenting with unexplained spontaneous or prolonged bleeding symptoms. This can help diagnose haemophilia and rule out many of the differential diagnoses.

Findings associated with haemophilia include:

For more information, see the Geeky Medics guide on interpreting a coagulation screen.

A mixing study is another useful investigation of haemophilia. By mixing a haemophilia patient’s blood plasma in a 1:1 ratio with normal plasma, a prolonged APTT should normalise. This is because the normal plasma contains functional clotting factor, so the deficiency can be bypassed.

Imaging can be carried out in emergency situations to detect bleeds or in the chronic setting to identify signs of degenerative joint disease. Suitable modalities used to diagnose bleeds include CT, MRI and Doppler ultrasound.

Prophylactic treatment is given in order to prevent disease, in this case bleeding events. Prophylaxis also helps to preserve long-term joint function by reducing episodes of haemarthrosis.

Severe forms of haemophilia can require prophylactic factor infusions, replacing the missing or non-functional clotting factor, in order to prevent frequent haemarthroses or other bleeding episodes. Factor infusions should ideally be administered until the child reaches physical maturity, but are often continued long-term, under the continuous review of a haematologist.

The genetically engineered factor injections are given as a slow intravenous bolus and in some cases may be required up to three times a week. These doses should be tailored to the patient, such as administration just prior to a child’s physical education lessons.

Patients with severe haemophilia are at high risk of bleeding during and after surgery. For this reason, their factor activity should be increased to 50-100% for 2-7 days before surgery, and closer to 100% for surgery on the brain or prostate. Tranexamic acid can be considered as this inhibits fibrinolysis without increasing thrombosis risk in healthy individuals.

Patients should also avoid competitive contact sports and unnecessary manual labour, as these increase the risk of haemarthroses and head injuries. Other exercises, including racquet sports or swimming, should be encouraged.

To protect against bloodborne diseases, all patients and carers that may inject blood products should be vaccinated against hepatitis A and hepatitis B. In haemophilia patients, these immunisations should be given subcutaneously rather than intramuscularly to avoid bleeding and haematoma formation.

For any bleeding episodes, normal physical methods of bleeding cessation should be advised. Depending on the severity of bleeding, patients may need factor infusions, fresh frozen plasma or cryoprecipitate.

For major haemorrhage, including those involving the central nervous, gastrointestinal and genitourinary systems the aim is to correct factor levels to 100%.

For minor haemorrhages, such as haemarthrosis, oral mucosal and intramuscular bleeds, the aim is to increase factor levels to 30-50%. These raised factor levels should be maintained through further infusions for several days.

If possible, coagulation tests and a group and save sample should be taken prior to treatment, however, these investigations should not delay treatment.

Haematomas and haemarthroses can be very painful and require analgesic treatment. The oral route is preferred, although NSAIDs should be avoided as they increase the risk of gastrointestinal bleeding. Intramuscular opiates should also be avoided as this mode of delivery can result in intramuscular bleeding and haematoma formation.

It is possible to treat acute bleeds in mild haemophilia A patients with desmopressin (DDAVP), which stimulates von Willebrand factor (vWF), which in turn promotes factor VIII activity.

There are formulas published to calculate the dose required to treat a bleed in a haemophilia A or B patient.6

Doses are rounded up to the nearest vial size, as slight overtreatment has minimal detrimental effect. They are as follows:

NB: Always check factor product literature as this may vary.

As haemophilia has an X-linked recessive inheritance pattern, a daughter of a male haemophilia patient will be a carrier whilst a son will be unaffected, as they inherit their father’s normal Y chromosome.

Genetic testing and counselling should be made available to prospective parents. During pregnancy, the fetus can be tested for a haemophilia mutation via:

Both procedures carry small risks of premature labour and miscarriage, which should be assessed by the family prior to the procedure. The obstetric haematology team should be involved in the management of pregnancy and birth.

If untreated, severe disease, and repeated bleeding into joints, can lead to arthropathy (painful and reduced range of movement), joint deformity, soft tissue haemorrhages, retroperitoneal bleeds or haematoma formation. These can present as surgical emergencies and may require operative intervention.

Before 1985, factor concentrate was plasma-derived and created from multiple blood donations. As a result, many haemophilia patients were infected with bloodborne viruses, including HIV, hepatitis B and hepatitis C. The prevalence of plasma-derived factor viral infection is higher in haemophilia A patients, as the condition is more common, was more often severe (requiring factor treatment) and more plasma from multiple donors was needed for their concentrate.

Many haemophilia patients to this day are currently infected with HIV and hepatitis viruses, which together produce a worse prognosis, and lead to other disease states, including liver failure and hepatocellular carcinoma. This is not a concern for newly diagnosed patients, as this risk has been virtually eliminated with the invention of safer and more efficacious recombinant factor products.

Antibody inhibitor formation affects nearly a third of haemophilia A patients, as well as a smaller proportion of haemophilia B patients, reducing the efficacy of factor therapy. Inhibitors, or factor antibodies, form as the patient’s immune system recognises therapeutic factor as non-self and forms an immune response against these proteins.

The immune response can result in anaphylaxis on exposure to any factor product, so first exposure should always take place in a specialist centre.5

It is more common for inhibitors to diminish the effect of factor treatment, a state that worsens over time and so should be monitored. One method of treatment is immune toleration induction (ITI), which involves administering small quantities of factor regularly over a period of time until inhibitor antibody levels decrease.