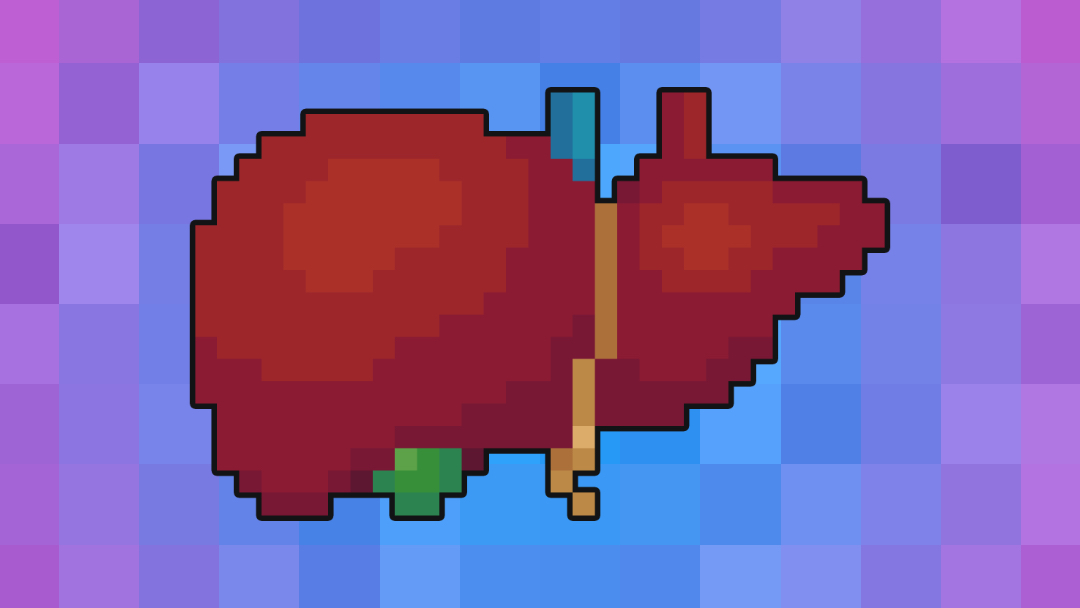 Liver function tests (LFTs) are among the most commonly ordered blood tests in both primary and secondary care. The ability to interpret LFTs is, therefore, an important skill to develop. This guide provides a structured approach to the interpretation of LFTs which you should be able to apply in most circumstances.

What blood tests are used to assess liver function?

Hint: ALT, AST, ALP and GGT are used to distinguish between hepatocellular damage and cholestasis. Bilirubin, albumin and PT are used to assess the liver’s synthetic function.

Below is a summary of the reference ranges for LFTs, however, these often vary between laboratories, so make sure to check your local guidelines.

Assess if ALT and/or ALP is raised:

Key facts about ALT and ALP

ALP is particularly concentrated in the liver, bile duct and bone tissues. ALP is often raised in liver pathology due to increased synthesis in response to cholestasis. As a result, ALP is a useful indirect marker of cholestasis.

How do we compare the rise in ALT and ALP?

What about Gamma-glutamyl transferase?

If there is a rise in ALP, it important to review the level of gamma-glutamyl transferase (GGT). A raised GGT can be suggestive of biliary epithelial damage and bile flow obstruction. It can also be raised in response to alcohol and drugs such as phenytoin. A markedly raised ALP with a raised GGT is highly suggestive of cholestasis.

A raised ALP in the absence of a raised GGT should raise your suspicion of non-hepatobiliary pathology. Alkaline phosphatase is also present in bone and therefore anything that leads to increased bone breakdown can elevate ALP.

Causes of an isolated rise in ALP include:

What if the patient is jaundiced but ALT and ALP levels are normal?

An isolated rise in bilirubin is suggestive of a pre-hepatic cause of jaundice.

Causes of an isolated rise in bilirubin include:

The liver’s main synthetic functions include:

Investigations that can be used to assess synthetic liver function include:

In a similar fashion, the colour of the stools can be used to differentiate the causes of jaundice. If bile and pancreatic lipases are unable to reach the bowel because of a blockage (e.g. in obstructive post-hepatic pathology), fat is not able to be absorbed, resulting in stools appearing pale, bulky and more difficult to flush.

The combination of the colour of urine and stools can give an indication as to the cause of jaundice:

Causes of unconjugated hyperbilirubinaemia include:

Causes of conjugated hyperbilirubinaemia include:

Albumin is synthesised in the liver and helps to bind water, cations, fatty acids and bilirubin. It also plays a key role in maintaining the oncotic pressure of blood.

Albumin levels can fall due to:

Prothrombin time (PT) is a measure of the blood’s coagulation tendency, specifically assessing the extrinsic pathway. In the absence of other secondary causes such as anticoagulant drug use and vitamin K deficiency, an increased PT can indicate liver disease and dysfunction. The liver is responsible for the synthesis of clotting factors, therefore hepatic pathology can impair this process resulting in increased prothrombin time.

The AST/ALT ratio can be used to determine the likely cause of LFT derangement:

Gluconeogenesis is a metabolic pathway that results in the generation of glucose from certain non-carbohydrate carbon substrates. The liver plays a significant role in gluconeogenesis and, therefore, assessment of serum blood glucose can provide an indirect assessment of the liver’s synthetic function. Gluconeogenesis tends to be one of the last functions to become impaired in the context of liver failure.

What to do next

Once the pattern of LFT derangement has been established, it is crucial to determine the cause.

A ‘liver screen’ is a batch of investigations focused on ruling underlying causes of liver disease in or out.