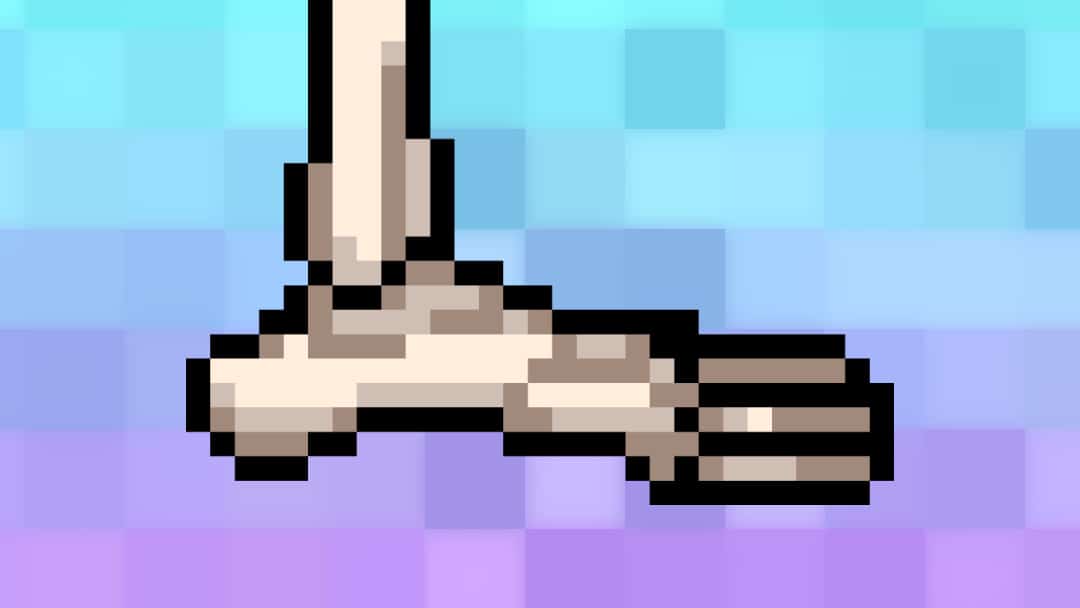 Muscles of the Lower Leg

The leg is defined anatomically as the portion of the lower limb from the knee joint to the ankle joint.

The muscles in the posterior compartment are arranged into two groups: the superficial group and the deep group.

These two groups are divided by a layer of deep fascia called the transverse intermuscular septum.

As a group these muscles act to plantarflex and invert the foot, as well as flexing the toes. All muscles within the posterior compartment are innervated by the tibial nerve.

The three muscles of the superficial group are gastrocnemius, soleus and plantaris.

The large size of gastrocnemius and soleus form the typical ‘calf’ shape, which is a human trait due to our upright nature. These strong powerful muscles are able to propel the body forward when moving and elevate it upwards on to the toes.

All three of the superficial muscles insert into the calcaneus (heel) via the calcaneal tendon, the most powerful tendon in the body.

Gastrocnemius is the most superficial muscle within the posterior compartment and originates from its two heads, the medial and lateral head.

These heads form the borders of the lower section of the popliteal fossa, an important anatomical landmark for neurovascular structures. The heads of gastrocnemius combine to form the muscle belly of the characteristic calf shape and distally contribute to the formation of the calcaneal tendon.

The word gastrocnemius has Greek and Latin origin which translates as ‘stomach of the leg’.

Soleus is a large flat muscle located underneath gastrocnemius that received its name for its resemblance to a Sole, a type of flatfish.

Plantaris is a small muscle with a short belly and a long tendon which joins the calcaneal tendon distally. Its involvement in foot plantarflexion or knee flexion is insignificant and as a result, the plantaris tendon can be removed for grafting (e.g. to perform a tendon repair in hand surgery) without causing disability.

The muscle is also absent in approximately 10% of people.

Origin: inferior part of the lateral supracondylar line of femur and oblique popliteal ligament of knee

There are four muscles which make up the deep group of the posterior compartment: popliteus, flexor digitorum longus, flexor hallucis longus and posterior tibialis. Popliteus is the only muscle to act on the knee whereas the others act on the foot and toes.

Popliteus is a flat triangular-shaped muscle that forms part of the floor of the popliteal fossa. The main function of popliteus is to unlock the knee. It does this by rotating the femur laterally 5o to release the knee from its locked position allowing flexion to occur.

Located between flexor digitorum longus and flexor hallucis longus, tibialis posterior is the deepest muscle in the posterior compartment. Whilst this muscle is involved with inversion and plantarflexion of the foot, its main function is to support the medial arch of the foot.

To test tibialis posterior, invert the foot against resistance in slight plantarflexion. If normal, the tendon should be visible and can be palpated posterior to the medial malleolus.

Origin: interosseous membrane and posterior surfaces of the tibia and fibula

Insertion: tuberosity of navicular and adjacent region of the medial cuneiform

Action: inversion and plantarflexion of the foot. Supports the medial arch of the foot during walking.

Flexor digitorum longus begins on the medial side of the posterior compartment and descends down the leg where its tendon enters the sole of foot to insert on the distal phalanges of the lateral four toes. The muscle is involved with gripping the ground during walking by flexing the lateral four toes.

Origin: medial side of the posterior surface of the tibia

Flexor hallucis longus’ main role is to flex the great toe. It originates on the lateral side of the posterior compartment and its tendon curves under the talus bone in the foot to insert into the distal phalanx of the great toe.

Origin: posterior surface of the fibula and interosseous membrane

Insertion: base of distal phalanx of the great toe

A ruptured Achilles tendon typically occurs during a forceful ‘push off’ motion when the foot is in plantarflexion and is sometimes accompanied by an audible snap. There is immediate pain in the calf and sudden dorsiflexion of the previously plantarflexed foot. Due to shortening of gastrocnemius and soleus a lump can be felt in the calf and in a completely ruptured tendon, a gap may be palpable just proximal to the calcaneal attachment. A history of calcaneal tendonitis and use of quinolone antibiotics (e.g. ciprofloxacin) can predispose the tendon to rupture.

Depending on the patient, treatment can be surgical or non-surgical. In older or non-athletic people, non-surgical management is often adequate but those with an active lifestyle may require surgical intervention.

There are only two muscles in the lateral compartment of the leg: fibularis longus and fibularis brevis. You may also see these muscles referred to as peroneal longus and peroneal brevis.

Fibularis longus is the longer and more superficial of the two muscles in the lateral compartment, originating from the upper lateral surface and head of the fibula. Its tendon passes posterior to the lateral malleolus and enters the lateral side of the foot crossing under the sole of the foot, attaching to the medial side of the cuneiform and base of the first metatarsal. Together with tibialis anterior and tibialis posterior, they act as a stirrup to support the arches of the foot.

Origin: the head and upper lateral surface of the fibula

Insertion: distal end of medial cuneiform and base of the first metatarsal

Action: eversion and plantarflexion of the foot. Provides support to the lateral and transverse arches of the foot.

Origin: lateral surface of the shaft of the fibula

Insertion: lateral tubercle at the base of the fifth metatarsal

Action: eversion of the foot

In the anterior compartment of the leg, there are four muscles: tibialis anterior, extensor hallucis longus, extensor digitorum longus and fibularis tertius.

Some texts may consider extensor digitorum longus and fibularis tertius to be the same muscle and therefore only refer to three muscles in the anterior compartment. However, in this article, we are classing them as separate muscles.

Together the muscles in this compartment act to dorsiflex and invert the foot, and extend the toes. All are innervated by the deep fibular nerve, a branch of the common fibular nerve.

Compartment syndrome is a condition in which increased pressure within one of the body’s anatomical compartments results in insufficient blood supply to tissue within that space.

Compartment syndrome often occurs due to muscle swelling. The swelling muscle is confined in a fixed volume compartment and this causes an increase in pressure within the compartment.

Over time the pressure in the compartment surpasses the arterial pressure, resulting in loss of arterial blood supply and secondary tissue ischaemia. Compartment syndrome can be acute or chronic, but it is most commonly due to trauma such as a bone fracture or crush injury.

If left untreated, compartment syndrome will cause irreversible tissue ischaemia which can result in long term muscles contractures (known as Volkmann’s ischaemic contracture) or even the need for amputation.

Pain and paraesthesia are early symptoms and should prompt initiation of treatment. If there are reduced or absent pulses, then this suggests severe ischaemic damage.

Immediate treatment involves removing constrictive dressings and raising the limb above the level of the heart. Fasciotomy of the muscle compartments releases pressure and should be performed as soon as possible to minimise the risk of irreversible ischaemia.

Tibialis anterior (TA) is the most superficial and medial muscle in the anterior compartment of the leg. It is the most powerful dorsiflexor of the foot and during walking provides support for the medial arch of the foot. The function of TA can be assessed by asking a patient to dorsiflex their foot against resistance or stand on their heels. The tendon of a healthy TA should be clearly visible during these movements.

Origin: lateral surface of the tibia and adjacent interosseous membrane

Insertion: medial cuneiform and base of the first metatarsal

Action: dorsiflexion and inversion of the foot as well as supporting the medial arch of the foot

Extensor hallucis longus (EHL) is located deeply between tibialis anterior and extensor digitorum longus. It begins at the middle of half of the fibula and interosseous membrane travelling down anteriorly to insert at the distal phalanx of the great toe.

Origin: medial surface of fibula and adjacent surface of the interosseous membrane

Insertion: base of distal phalanx of the great toe

Action: extension of the great toe and dorsiflexion foot

The most lateral of the muscles in the anterior compartment, extensor digitorum longus (EDL) originates mainly from the medial surface of the fibula but also from the lateral tibial condyle. The muscle forms its tendon in the lower third of the leg which then later divides into four tendons inserting into the lateral four toes.

Origin: lateral condyle of the tibia and medial surface of the fibula

Insertion: middle and distal phalanges of the lateral four toes

Action: extension of the lateral four toes and dorsiflexion of the foot

Proximally fibularis tertius (FT) is continuous with EDL and as a result, some texts consider it to be part of the EDL rather than a muscle in its own right. However, distally the tendon of FT is separate from EDL and inserts into the fifth metatarsal as shown in the diagram of the lateral foot below. FT is not always present in all humans.

Origin: medial surface of the fibula

Action: dorsiflexion and eversion of the foot

Potential mechanisms of injury include direct trauma, secondary to a knee injury such as a dislocation, or as a result of a proximal fibular fracture.

Damage to the common fibular nerve results in paralysis of all muscles in the anterior and lateral compartments of the leg (the muscles which dorsiflex and evert the foot). Consequently, an inability to dorsiflex the foot results in foot drop.

Patients with foot drop have a characteristic ‘high-stepping’ gait where the foot is lifted abnormally high to avoid dragging the foot across the floor. People with injury to the common fibular nerve may also experience loss of sensation on the anterolateral aspect of the leg and dorsum of the foot.