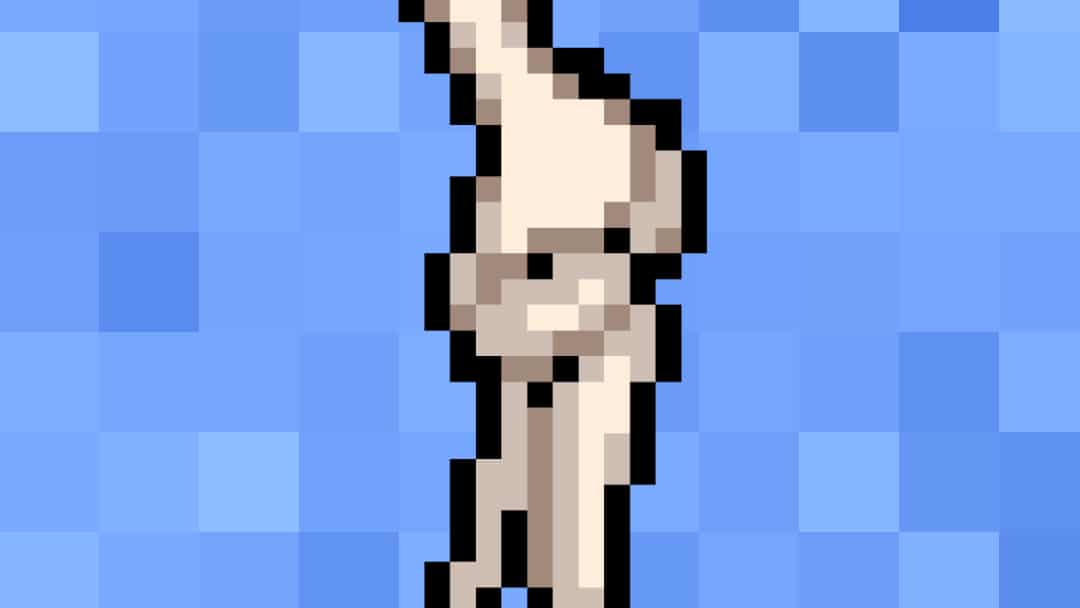 Bones of the Lower Limb

The femur is the longest and heaviest bone in the body, at approximately a quarter of an individual’s height. It transmits weight from the hip bones to the tibia during standing and is the origin and insertion of many muscles and ligaments.

The femur can be divided into three anatomical areas: the superior end, the femoral shaft and the inferior end.

The superior end of the femur

The superior end of the femur, together with the acetabulum of the pelvis, forms the hip joint.

The superior end of the femur consists of a head, a neck and greater and lesser trochanters. Each plays an important role in the hip joint and serve as origins and insertion points of several muscles.

Head of the femur

The round head of the femur is covered with articular cartilage, except centrally where there is a depression known as the fovea where the ligamentum teres attaches.

The neck of the femur

The neck of the femur is trapezoid in shape, with the narrower end supporting the head and the wider base connecting to the shaft.

Where the femoral neck and shaft of the femur join, there are two large bony prominences called trochanters. This site is demarcated by the intertrochanteric line – an elevated rough ridge that runs from the greater trochanter round the lesser trochanter to continue posteriorly and inferiorly as the spiral line.

The greater trochanter is the larger of the two and sits laterally, projecting superiorly and posteriorly. It provides attachment for several muscles; the gluteus medius, the gluteus minimus and the piriformis.

The lesser trochanter sits medially, projecting from the posteromedial aspect of the neck-shaft junction, providing an attachment point for the tendon of the iliopsoas muscle, the primary flexor of the thigh.

The shaft of the femur connects the superior and inferior ends, transmitting the body’s weight to the knee joint and tibia.

Proximally, the lateral border of the linea aspera becomes the gluteal tuberosity, where the gluteus maximus attaches.

The shaft is slightly convex (bowed) in nature. This convexity acts to bring the knee joint to lie medially in comparison to the hip joint and thus closer to the body’s centre of gravity. This improves overall stability.

The inferior end of the femur

The medial and lateral femoral condyles make up the inferior end of the femur. These are rounded prominences which articulate with the menisci (crescentic plates of cartilage), the tibial condyles posteriorly and the patella anteriorly to form the knee joint.

The two condyles merge anteriorly to form the patellar surface but are separated posteriorly by an intercondylar fossa.

The patella surface is a shallow longitudinal depression which articulates with the patella.

Femoral fractures most commonly occur in the elderly population due to increased falls risk and reduced bone mineral density.

The most common site of fracture is the neck of the femur due to being the narrowest and weakest part of the bone. These fractures can be classified into two main groups, intracapsular and extracapsular. Where the fracture occurs is important for consideration of surgical treatment and the risk of avascular necrosis (see our neck of femur fracture article for more details).

When fractures of the femur occur, the distal fractured bone is typically pulled superiorly and rotated laterally, due to the action of muscles. This is exhibited clinically as a shortened and externally rotated leg.

The tibia and fibula are the two bones of the leg. The tibia, which lies medially, articulates with the femoral condyles superiorly and the talus bone inferiorly, transmitting the body’s weight. The fibula lies laterally and is connected to the tibia by an interosseous membrane.

While the tibia is the main weight-bearing bone in the leg, the fibula provides stability to the ankle joint and acts as an attachment site for muscles.

The tibia is the second largest bone in the body. It lies anteromedially in the leg and flares outwards at either end to provide an increased area for articulation and weight-bearing.

Superiorly these flares form the medial and lateral condyles, that together form a flat articular surface, the tibial plateau. This articulates with the femoral condyles to form the knee joint.

The tibial plateau’s articular surface is separated medially and laterally by the intercondylar eminence formed by two intercondylar tubercles. These tubercles fit into the intercondylar fossa between the femoral condyles and provide attachments for the menisci and knee ligaments, which hold the knee joint together.

The shaft of the tibia is shaped like a prism with three borders; anterior, posterior and lateral, and three surfaces; medial, lateral and posterior.

The anterior border of the tibia is prominent in the leg, forming what is commonly referred to as the shin. The patella ligament attaches to the tibial tuberosity which lies at the superior aspect of the anterior border.

On the posterior border, there is a rough diamond-shaped ridge, known as the soleal line, which runs inferomedially. This line is the origin for the soleus muscle: a member of the posterior muscle compartment in the leg.

As previously described, the tibia widens inferiorly to assist with weight-bearing and articulates with the tarsal bones to form the ankle joint. The medial malleolus is formed by the tibia, medially.

The fibula is a slender bone which lies posterolaterally to the tibia.

The proximal end of the fibula consists of a head, with a pointed apex and a small neck. Superiorly, the head of the fibula articulates with the fibular facet on the lateral tibial condyle; this forms the proximal tibiofibular joint.

The shaft of the fibula is twisted in nature and like the tibia is shaped like a prism, with three borders and three surfaces; anterior, lateral and posterior. The muscles of the leg are divided into compartments and each surface of the fibular faces its retrospective compartment.

Inferiorly, the fibula sits in the fibular notch of the tibia medially, forming the distal tibiofibular joint. The syndesmosis present at this joint is clinically important for the classification of ankle fractures.

The fibula is prolonged laterally forming the lateral malleolus. This is more prominent than the medial malleolus.

The fibula is connected to the tibia via the interosseous membrane, and unlike the tibia has no role in weight-bearing.

The fibula’s main function is to serve as an attachment point for muscles, providing insertion for one and origin for eight.

Fractures of the tibia and fibula are common, with fracture of one typically associated with fracture of the other. However, if only one bone, either the tibia or fibula is fractured, there is often minimal displacement because the other bone acts as a splint.

As the anterior surface of the tibia is subcutaneous, the tibial shaft is the most common site for a fracture. Compound fractures occur commonly due to direct and indirect trauma.

Fractures of the tibia can also occur proximally and involve the tibial plateau. In these fractures, the tibial condyles may be broken and there is often associated injury to the menisci and ligaments of the knee.

Clinical relevance: Fractures of the fibula

Fibular fractures commonly occur approximately 2-6cm from the inferior end of the lateral malleolus. They are often associated with fractures of the distal tibia and dislocation of the ankle joint.

When a patient slips and their foot is forced into an extreme inverted or everted position, this can put strain on the distal fibula and lateral malleolus causing a fracture.

The location of the fracture line in relation to the distal tibiofibular syndesmosis (the connection between the distal ends of the tibia and fibula) is important for management. Fibular fractures at the ankle joint can be classified into type A, B, C, by the Danis-Weber classification (often known just as the Weber classification).

The patella bone, more commonly referred to as the kneecap, is found at the anterior aspect of the knee joint.

It is triangular in shape with two surfaces: anterior and posterior.

Due to its suspension within the quadriceps tendon, the patella is classified as a sesamoid bone.

The main function of the patella is to assist in leg extension, by increasing the force the quadriceps tendon has on the femur. It also acts to protect the anterior aspect of the knee joint.

The patella can be easily dislocated with forceful sudden twisting of the knee (i.e. a twist of the femur on the tibia).  This twisting motion causes the patella to shift to the side due to the tibia shifting and the quadriceps muscle contracting to maintain the stability of the body. The patella is pulled laterally because it wants to remain in line with the muscle. Patellar dislocation typically presents with intense pain and swelling.

Patellar dislocations are frequent occurrences, particularly in young female athletes. Fortunately, the patella can often be relocated back into the groove with assisted extension of the knee.