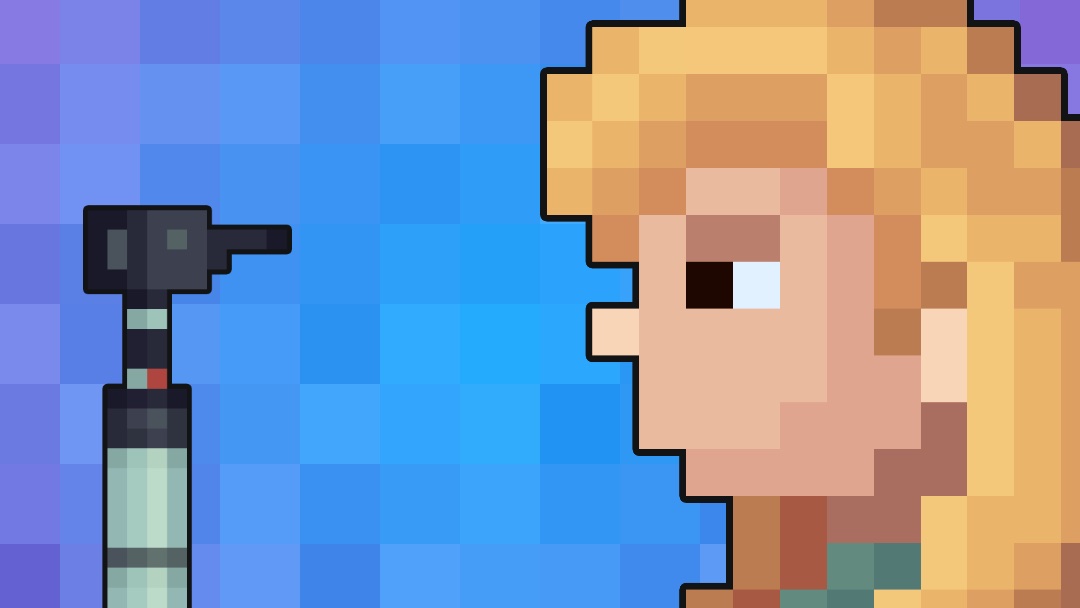 Nasal examination frequently appears in OSCEs and you’ll be expected to identify relevant signs using your clinical examination skills. This guide provides a step-by-step approach to performing a nasal examination in an OSCE setting.

Briefly explain what the examination will involve using patient-friendly language: “Today I’d like to examine your nose, this will involve me looking and feeling the outside of the nose and the gently looking inside the nose.”

Inspect the external surface of the nose from the front, side and behind the patient to identify any abnormalities.

Inspect for any deviation in the nasal bones or cartilage suggestive of a fracture. This is best performed by standing behind the patient with their head tilted slightly backwards.

Epistaxis is bleeding from the nose, caused by damage to the blood vessels of the nasal mucosa. Most epistaxis is self-limiting, however, in rare cases, epistaxis can become life-threatening. Epistaxis can be caused by bleeding from anterior or posterior nasal structures. Little’s area on the anterior nasal septum (where Kiesselbach’s plexus is located) is the most common source of anterior epistaxis. This area is easy to visualise during a clinical examination. The bleeding points that result in posterior epistaxis are deeper within the nose and therefore difficult to visualise during clinical assessment. Posterior epistaxis is typically more profuse and has a greater associated risk of airway compromise.

1. Sit facing the patient with your knees together and to one side of the patient’s legs. It is not pleasant for the patient to be straddled.

2. Ask the patient to look forward, keeping their head in a neutral position.

4. Inspect the nasal mucosa (including the septum) for any abnormalities.

Further assessment can be performed using an otoscope with a large speculum attached (inserting only the very tip into the nose) or using a nasal speculum (also known as Thudiculum’s speculum) which widens the nasal cavity to allow you to peer in using a light source.

How to use a nasal speculum

The correct method for using a nasal speculum is slightly counter-intuitive, however, it does allow the best visualisation of the nasal mucosa:

1. Insert your index finger into the bend of the speculum and support it above with the thumb.

2. The middle and ring fingers are used to manipulate the prongs of the speculum.

3. You will be aiming to look at the gap between these two fingers.

Regardless of which method you use to visualise the nasal cavities, you should assess the following structures:

Structures of the nasal cavity

The turbinates are projections of bone which are covered in nasal mucosa and control airflow through the nose, exposing it to a large surface area of mucosa which both warms and cleans the air prior to it arriving at the lungs.

The nasal vestibule is the most anterior part of the nasal cavity. It is enclosed by the cartilages of the nose and lined by the same epithelium as the skin.

Warn the patient that you are going to be applying some pressure to their nose and ask them to let you know if they experience any pain.

3. Palpate the infraorbital ridges and assess eye movement if there is a history of trauma to screen for an orbital blowout fracture.

An orbital blowout fracture is a fracture of the orbital floor or medial wall resulting from blunt trauma to the eye socket (e.g. tennis ball). Typical findings on clinical examination include infraorbital tenderness, epistaxis and restricted eye movement (usually on vertical gaze).

Nasal airflow can be assessed using several methods, with the two most common described below.

1. Place your thumb over the nostril not being assessed to occlude airflow.

2. Ask the patient to breathe in through their nose and note the degree of airflow.

3. Repeat assessment on the other nostril, noting any difference in apparent airflow.

Reduced airflow through a particular nostril may indicate the presence of something blocking that air passage, such as a polyp, deviated nasal septum or foreign body.

1. Place a cold shiny surface, such as a metal tongue depressor under the nose.

2. Observe for misting of the metal surface as the patient breathes and compare the misting pattern of the two nostrils.

The absence of misting or a disparity in the amount of misting between the nostrils may suggest unequal or absent airflow through a particular nostril.

“Today I examined Mr Smith, a 25-year-old male. On general inspection, the patient appeared comfortable at rest and there were no abnormalities noted on inspection of the external nose.”

“In summary, these findings are consistent with a normal nasal examination.”