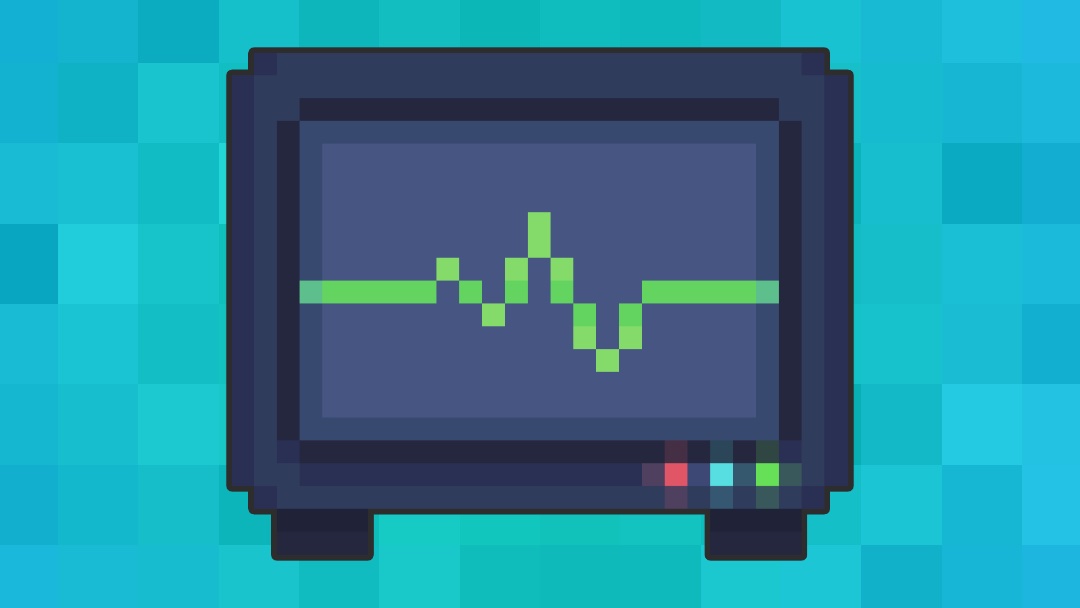 What is an ECG?

Check out our ECG quiz on the Geeky Medics quiz platform to put your knowledge to the test.

You may also be interested in our ECG flashcard deck which can be purchased as part of our collection of 2000+ OSCE flashcards.

Parts of the ECG explained

In healthy individuals, there should be a P wave preceding each QRS complex.

The PR interval begins at the start of the P wave and ends at the beginning of the Q wave.

It represents the time taken for electrical activity to move between the atria and the ventricles.

The QRS complex represents depolarisation of the ventricles.

It appears as three closely related waves on the ECG (the Q, R and S wave).

The ST segment starts at the end of the S wave and ends at the beginning of the T wave.

The ST segment is an isoelectric line that represents the time between depolarisation and repolarisation of the ventricles (i.e. ventricular contraction).

It appears as a small wave after the QRS complex.

It represents the time between two QRS complexes.

The QT interval begins at the start of the QRS complex and finishes at the end of the T wave.

It represents the time taken for the ventricles to depolarise and then repolarise.

How to read ECG paper

The paper used to record ECGs is standardised across most hospitals and has the following characteristics:

How the 12 lead ECG works

It is important to understand the difference between an ECG electrode and an ECG lead.

An ECG electrode is a conductive pad that is attached to the skin to record electrical activity.

An ECG lead is a graphical representation of the heart’s electrical activity which is calculated by analysing data from several ECG electrodes.

Only 10 physical electrodes are attached to the patient, to generate the 12 leads.

An ECG electrode is a conductive pad that is attached to the skin to record electrical activity.

The data gathered from these electrodes allows the 12 leads of the ECG to be calculated (e.g. lead I is calculated using data from the electrodes on both the right and left arm).

The electrodes used to generate a 12 lead ECG are described below.

There are six chest electrodes:

There are four limb electrodes:

An ECG lead is a graphical representation of the heart’s electrical activity which is calculated by analysing data from several ECG electrodes.

The shape of the ECG waveform

Each individual lead’s ECG recording is slightly different in shape. This is because each lead is recording the electrical activity of the heart from a different direction (a.k.a viewpoint).

When the electrical activity within the heart travels towards a lead you get a positive deflection.

When the electrical activity within the heart travels away from a lead you get a negative deflection.

In reality, electrical activity in the heart flows in many directions simultaneously.

Each deflection (a.k.a. wave) on the ECG represents the average direction of electrical travel (which is calculated using mathematical formulae by the ECG machine).

The lead with the most positive deflection is most aligned with the direction the heart’s electrical activity is travelling.

If the R wave is greater than the S wave it suggests depolarisation is moving towards that lead.

If the S wave is greater than the R waves it suggests depolarisation is moving away from that lead.

If the R and S waves are of equal size it means depolarisation is travelling at exactly 90° to that lead.

Localising pathology on the ECG

It’s important to understand which leads represent which anatomical territory of the heart, as this allows you to localise pathology to a particular heart region.

For example, if there is ST elevation in leads V3 and V4 it suggests an anterior myocardial infarction (MI). You can then combine this with some anatomical knowledge of the heart’s blood supply, to allow you to work out which artery is likely to be affected (e.g. left anterior descending artery).

In healthy individuals, the electrical activity of the heart begins at the sinoatrial node then spreads to the atrioventricular (AV) node. It then spreads down the bundle of His and then Purkinje fibres to cause ventricular contraction.

Whenever the direction of electrical activity moves towards a lead, a positive deflection is produced.

Whenever the direction of electrical activity moves away from a lead a negative deflection is produced.

The cardiac axis gives us an idea of the overall direction of electrical activity.

In healthy individuals, you would expect the cardiac axis to lie between -30°and +90º. The overall direction of electrical activity is therefore towards leads I, II and III (the yellow arrow below). As a result, you see a positive deflection in all these leads, with lead II showing the most positive deflection as it is the most closely aligned to the overall direction of electrical spread. You would expect to see the most negative deflection in aVR. This is due to aVR providing a viewpoint of the heart from the opposite direction.

Right axis deviation (RAD) involves the direction of depolarisation being distorted to the right (between +90º and +180º).

RAD is commonly associated with conditions such as pulmonary hypertension, as they cause right ventricular hypertrophy. RAD can, however, be a normal finding in very tall individuals.

Want to learn more about ECGs?

We have several other articles relevant to ECGs: