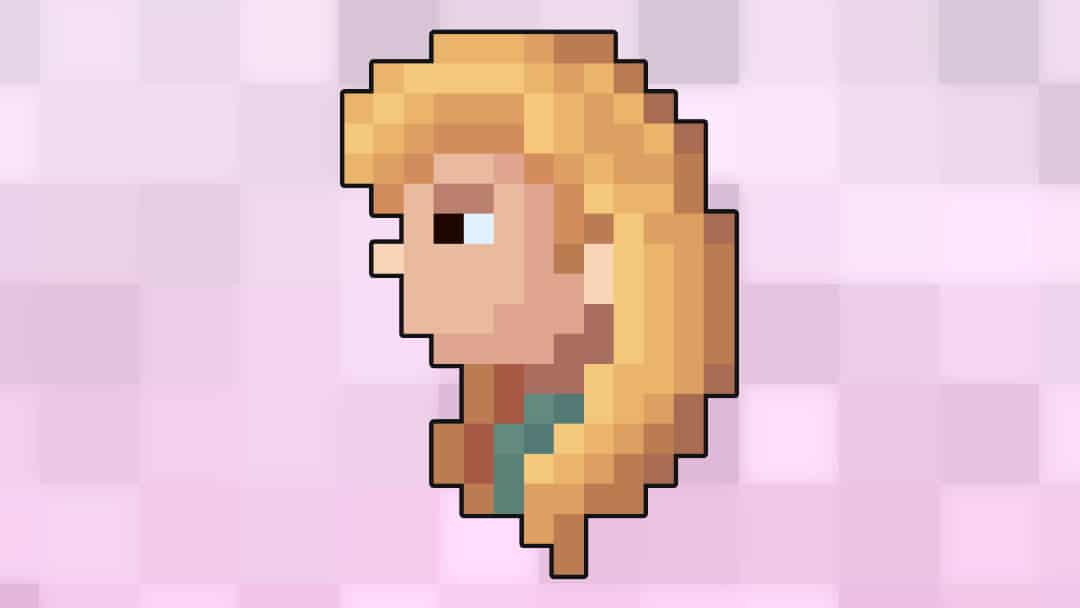 Natasha Beard·
Anatomy of the Head and Neck
·

Anatomy of the Ear

The ear can be divided into three parts: the external, middle and inner ear. The ears are an organ of hearing and balance, converting information from our external environment into electrical signals that can be processed by the brain.

This article will explore the three anatomical sections of the ear, highlighting their individual anatomy and function, as well as explaining how all three parts work to achieve balance and the ability to hear.

The external ear is the part of the ear we can see with the naked eye. It is attached to the lateral aspect of the head and is characteristically divided into two parts: the auricle or pinna and the external acoustic meatus (more commonly referred to as the ear canal).1,2,3

Apart from the lobule, which contains fat and connective tissue, the auricle is a cartilaginous structure covered by skin.

Surface anatomy of the auricle

The outer curve of the auricle is called the helix, which connects with the lobule of the ear. Parallel and anterior to the helix is a smaller curve, aptly called the antihelix.

Anterior to the opening of the external acoustic meatus is an elevation of cartilage called the tragus.

Innervation of the auricle

The auricle has several sources of sensory innervation:

The auricle is supplied by three main arteries:

Lymphatic drainage from the auricle passes into the parotid and mastoid lymph nodes and eventually into the upper deep cervical nodes.

Function of the auricle

The shape of the auricle helps to capture sound waves and direct them into the external acoustic meatus and assist in determining where the sound is coming from.

The external acoustic meatus is a tube that travels from the deepest aspect of the concha to the tympanic membrane, which marks the divide of the external and middle ear.

The composition of the walls of the external acoustic meatus changes the deeper it travels:

Innervation of the external acoustic meatus

Like the auricle, the external acoustic meatus has several sources of sensory innervation, including:

The external acoustic meatus has the same blood supply as the auricle: the superficial temporal artery and the posterior auricular artery.5

Function of the external acoustic meatus1,2,3

The external acoustic meatus transmits sound to the middle ear.

The slight bend or constriction in the external acoustic meatus acts as a protective mechanism to prevent the passage of foreign objects. In addition, the cerumen produced by the glands acts as a disinfectant to kill any pathogenic organisms.

Otitis externa is inflammation or infection of the external ear, commonly caused by Pseudomonas or Staphylococcus aureus bacteria.

Patients usually present with a rapid onset of otalgia, tenderness, itching, the sensation of aural fullness and sometimes conductive hearing loss. On examination, patients often complain of extreme pain on palpation of the auricle or tragus.

Treatment involves conservative measures, including water precautions for two weeks after the infection resolution. This can be achieved by plugging the ear with a Vaseline covered cotton ball when bathing. This is usually coupled with topical therapy depending on the causative organism.

This condition is more common in people with skin conditions and those who cause trauma to the ear canal with fingernails or cotton buds. Diabetes is also a risk factor.

The tympanic membrane, or eardrum, marks the border between the external and middle ear.

Surrounding the tympanic membrane is a fibrocartilaginous ring that attaches to the temporal bone, this is called the annulus.

The tympanic membrane can be divided into two regions:

Innervation of the tympanic membrane

The medial surface of the tympanic membrane is supplied by the vagus (cranial nerve X) and glossopharyngeal nerve (IX).

The lateral surface of the tympanic nerve is supplied by the auriculotemporal nerve (a branch of the mandibular division of trigeminal nerve) and facial nerve.

Function of the tympanic membrane6

The middle ear, also referred to as the tympanic cavity, is an air-filled section in the temporal bone and is lined with a mucous membrane.1,2,3

It can be split into two main sections:

Innervation of the middle ear

The medial surface of the tympanic membrane is supplied by the vagus (cranial nerve X) and glossopharyngeal nerve (IX).

Autonomic innervation to the tympanic cavity is via the tympanic nerve (a branch of CN IX) and sympathetic fibres from the carotid plexus, forming the tympanic plexus located on the surface of the cochlear promontory.

The auditory ossicles consist of three separate bones: the malleus, incus and stapes. These connect to form a mobile chain to join the tympanic membrane of the external ear to the oval window of the inner ear.

The handle of the malleus is attached to the tympanic membrane, whilst its head links with the body of the incus in the epitympanic recess.

The incus consists of three parts: the body links with the head of the malleus, the short limb attaches to the posterior wall of the tympanic cavity and the long limb links with the stapes.

The stapes is the smallest bone in the human body and its footplate attaches to the oval window of the inner ear.

The function of the auditory ossicles is to transmit and amplify the sound vibrations from the external ear to the endolymph and perilymph of the inner ear.9

The muscles of the middle ear

Arising from the superior surface of the eustachian tube and the petrous part of the temporal bone, the tensor tympani muscle is an important muscle:1,2,3

This is the smallest muscle in the human body and is located in the pyramidal eminence; a hollow prominence on the posterior wall of the tympanic cavity:

The eustachian tube, also called the pharyngotympanic tube, connects the middle ear to the nasopharynx. Like these two areas, it is also lined with a mucous membrane.

This tube is shorter and straighter in children, so it is easier for pathogenic organisms to travel between the ear and nasopharynx. This is one factor contributing to infections of the middle ear in children.

Branches of the tympanic plexus, which is formed by fibres of the glossopharyngeal nerve (cranial nerve IX) and sympathetic fibres from the carotid plexus.

Arterial blood supply to the eustachian tube consists of the:

Blood from the eustachian tube drains into the pterygoid venous plexus.

Function of the eustachian tube10

The function of the eustachian tube is to aerate the middle ear to equalise pressure for optimum movement of the tympanic membrane.

It also equalises pressure in the middle ear to that of the atmospheric pressure. This allows for optimal transmission of sound waves from the atmosphere to the inner ear.

In addition, it allows for air exchange within the middle ear.

Otitis media with effusion (OME), commonly known as glue ear, involves effusion in the middle ear, without any acute signs or symptoms of infection.

Glue ear is more common in children because the eustachian tube is shorter and straighter.

Typical symptoms of OME include:

Diagnosis is usually made by direct visualisation using otoscopy; typical findings include an air-fluid level and/or dullness of the tympanic membrane due to the brownish colour of the effusion.

Glue ear is usually managed by active observation for three months, as most cases will resolve spontaneously. If it persists, treatment options include hearing aids and grommet insertion.

The inner ear is the home of the vestibulocochlear organs, the organs that are responsible for receiving sound waves and converting them into electrical signals to be interpreted by the brain and maintaining balance by recognising the position and movement of the body.

The endolymph and perilymph contain different concentrations of ions, which allows for the transmission of action potentials to the brain to allow for the interpretation of sound and balance. A detailed discussion of this process is beyond the scope of this article.

The bony labyrinth is formed from the vestibule, the three semi-circular canals and the cochlea.

The cochlea is located anterior to the vestibule. This structure twists on itself around a central column of bone called the modiolus, to become cone-shaped with a base (essentially like a snail shell) which is located near the internal acoustic meatus, where there are branches of the vestibulocochlear nerve (cranial nerve VIII).

This is a continuous system of ducts and sacs within the bony labyrinth. It contains endolymph and is surrounded by perilymph.

The utricle is the larger of the two sacs and is located in the posterior-superior part of the vestibule. It has an ovular irregular shape and receives drainage from the semicircular ducts. The utricle is responsible for detecting linear acceleration in the horizontal plane (e.g. moving the head forwards and backwards without tilting).

The saccule is a smaller, more rounded sac that is located on the anterior-inferior side of the vestibule. It receives its drainage from the cochlear duct. The saccule is responsible for detecting linear acceleration in the vertical plane (e.g. moving the head up and down without tilting)

Connecting both the utricle and saccule is the utriculosaccular duct, ensuring equilibrium between the two sacs. A branch of this duct is the endolymphatic duct, which allows for the drainage and reabsorption of endolymph in the posterior cranial fossa.

The utricle and saccule can detect linear movement due to sensory receptors that are organised into the macule of both organs.

As mentioned above, the semicircular ducts are found within the semicircular canals of the bony labyrinth and share the same orientation as their canal. These ducts detect rotational movement in any direction (e.g. tilting the head sideways or flexing/extending the neck).

The semicircular ducts can detect these rotatory movements due to sensory receptors located in the crista of the ampulla of each duct. When we rotate our head, the endolymph within these ducts changes in speed and/or direction. This change is detected by these sensory receptors, which transmits this information to the brain.

As mentioned above, the cochlear duct is located in the centre of the cochlea, dividing it into the scala vestibuli and scala tympani.

It is held in this central position by the lamina of the modiolus. This creates a triangular shape which consists of:

Within the basilar membrane is the Organ of Corti, which contains the specialised epithelial cells that are responsible for converting the mechanical sound waves into electrical impulses that can be interpreted by the brain as sound.

Innervation of the inner ear

The inner ear is innervated by the vestibulocochlear nerve (cranial nerve VIII). This nerve originates from the lateral surface of the brainstem and travels through the temporal bone in the internal acoustic meatus to innervate the inner ear.

Once in the internal acoustic meatus, the nerve divides to form the:

Blood supply of the inner ear

The membranous labyrinth is drained by the labyrinthine vein, which drains into the inferior petrosal sinus or the sigmoid sinus.