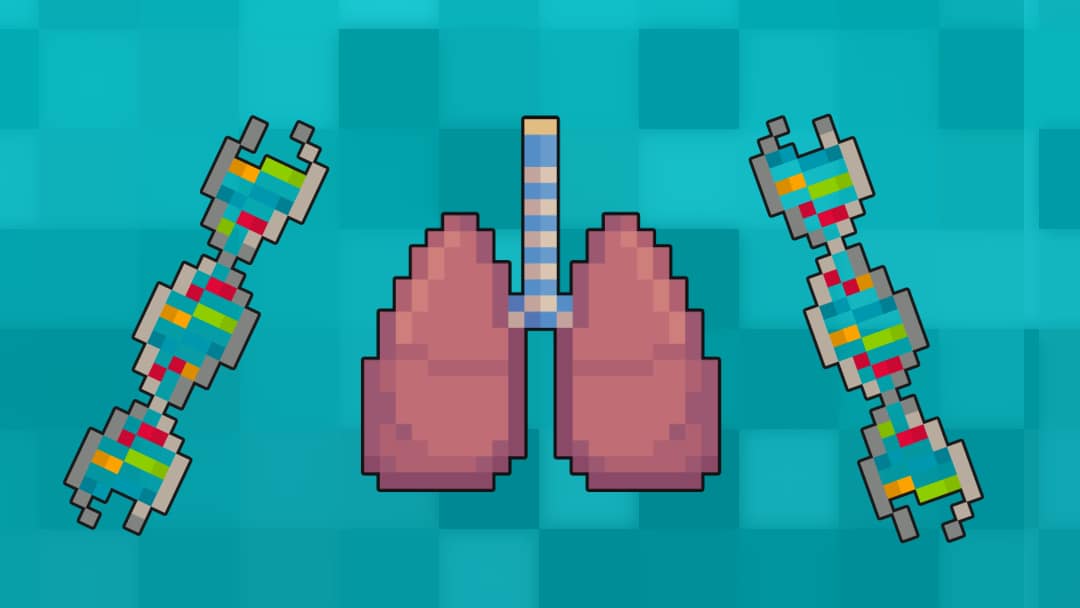 CF is the most common inherited disease in Caucasians.1 In the UK there are around 10,600 cases, whereas worldwide there are thought to be around 100,000.2

CF is a genetic disease inherited in an autosomal recessive fashion.

Mutations are found on chromosome 7 in the CF transmembrane conductance regulator (CFTR) gene. The most common mutation found in Caucasians is delta-F508 (DF508).1

Normally, the CFTR allows efflux of chloride and inhibits influx of sodium. Usually this keeps sodium and chloride in the lumen, out of the cells.

In CF, more chloride leaves the cell and more sodium is reabsorbed along with water, due to osmosis. Subsequently, secretions are dehydrated and thickened with increased chloride.3

As CF is an inherited condition, family history of the disease is the only risk factor.1

CF can present at any age (although it is usually found in newborn screening) and severity of symptoms varies.1

CF has effects on multiple systems but most commonly presents with respiratory effects.

Thickened secretions in sinuses can also lead to recurrent infection and subsequent nasal polyps due to chronic inflammation.4

The gastrointestinal system is affected in several ways. Commonly, pancreatic insufficiency leads to both exocrine and endocrine dysfunction.

Intestinal obstruction in the newborn, termed meconium ileus, can be the presenting feature in infants.3 Infants can also present with rectal prolapse.1 Adults can develop distal intestinal obstruction syndrome (DIOS) which presents with bloating, abdominal pain and vomiting.4

Infertility is common in boys due to congenital absence or fibrosis of the vas deferens. In girls, thickened mucus in the cervix and irregular menstruation can lead to reduced fertility.1

Chloride is not resorbed from sweat glands leading to excess salt in the sweat. This allows diagnosis of CF by sweat testing.1

The history should focus on respiratory symptoms but should also include questions about the less common features of CF:

Examination for other signs of CF should look for:

A rare but important differential diagnosis is primary ciliary dyskinesia (PCD). This is an autosomal recessive inherited disease caused by dysfunction of cilia in sinuses, lungs and reproductive organs.4

CF is usually managed by a multidisciplinary team of specialists in a tertiary centre.1

All patients should have annual vaccinations and lifestyle advice for regular physical exercise.

Respiratory manifestations are managed with:

Due to recurrent infection and malabsorption, weight should be closely monitored, and nutrition managed by a dietician. Supplementation of fat-soluble vitamins and a high-calorie diet is encouraged. If nutrition cannot be maintained, enteral feeding by PEG or nasogastric tube may be needed.

Fertility counselling should be offered, including information about infertility and the inherent risk in pregnancy.

Follow up should be carried out with specialists twice a year, in conjunction with primary care. It should include regular pulmonary function tests, chest x-ray, sputum cultures and diabetes screening.1

The mainstay of surgical management is transplant (lung +/- heart). Complications such as massive haemoptysis or pneumothorax may also be managed surgically.

Respiratory complications are caused by bronchiectasis and recurrent infections. Progressive airflow obstruction can lead to cor pulmonale and death.

Other respiratory complications include haemoptysis (which can be large volume and life-threatening) and pneumothorax.

Other complications include chronic liver disease (and related sequelae), osteoporosis and psychological effects.